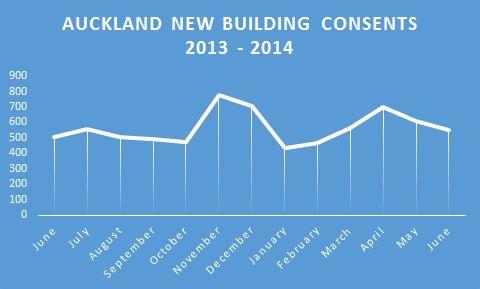 The building boom continues but may be slowing in Auckland

The Statistics Department says the trend for for the number of new dwellings, excluding apartments, is at its highest level since November 2007, and is 88 percent higher than the most-recent low point in March 2011.

Auckland consents have dropped off slightly — back to slightly ahead of where they were a year ago.