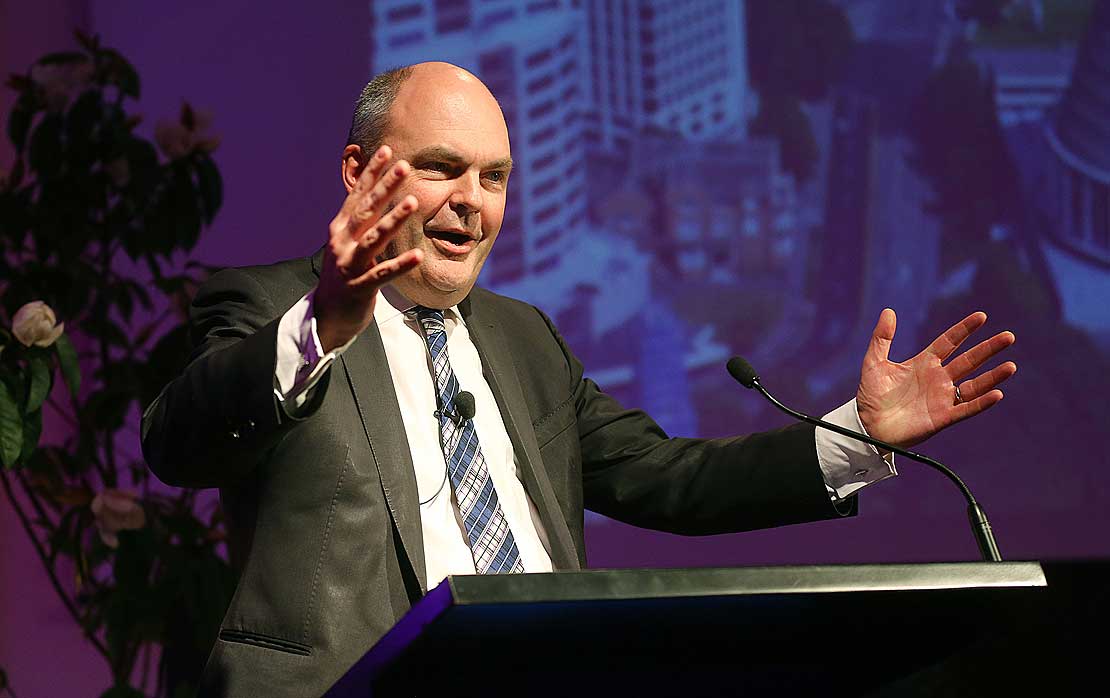 So how did Economic Development Minister Steven Joyce pull this one off?

With Finance Minister Bill English last week making his opposition to any extra  funding for the Sky City Convention clear, Mr Joyce has today revealed the Casino company is no longer seeking the funding.

As reported elsewhere on “Politik” by the middle of last week  there was significant opposition among senior Ministers to the funding as opposition from some of National’s usuasla friends like bloggers David Farrar and Cameron Slater and the Taxpayers’ Union all came out strongly against the funding.

But even then we understand late on Thursday Sky City executives were still privately maintaining they would seek the funding.

But Mr Joyce — not Sky City — called a press conference today to say the funding idea was dead.

he said SkyCity had agreed not to pursue a financial contribution from the Government and instead would  amend its design to ensure the facility could be completed without financial input from the Crown.

“I welcome SkyCity’s agreement with the Government’s approach,” Mr Joyce says. “This clears the path for the project to continue.

“I have repeatedly stated since December that our least preferred option is for the Government to contribute funding for the project. I am pleased to confirm that will be the case.”

SkyCity submitted a Preliminary Design for the NZICC in October 2014 for approval by the Crown. However the total construction cost exceeded those costs as set out in the NZICC Agreement.

“The Crown has also indicated today that it may be prepared to accept a slightly smaller NZICC, if that is required to meet the agreed total construction cost,” Mr Joyce says.

“SkyCity will now work on a revised Preliminary Design in the coming weeks and will submit it on a date that will be agreed by both parties.

“The Government is pleased to be moving forward with this project which will create 800 permanent new jobs, an increase in GDP of $49 million, and an important public facility for Auckland.”

But given that as late as last Thursday Sky City executives were still privately saying they wanted to continue seeking Government funding the question now must be how much pressure was applied to them by the Government which was fast headed towards a political crisis over the funding.

“We’re glad that the Government has listed to the concerns of taxpayers who very clearly did not want their money given to SkyCity,” he said.

“The online petitions launched by ourselves and other groups obviously got the message through to the Government and SkyCity. This is a win for the little guy.”