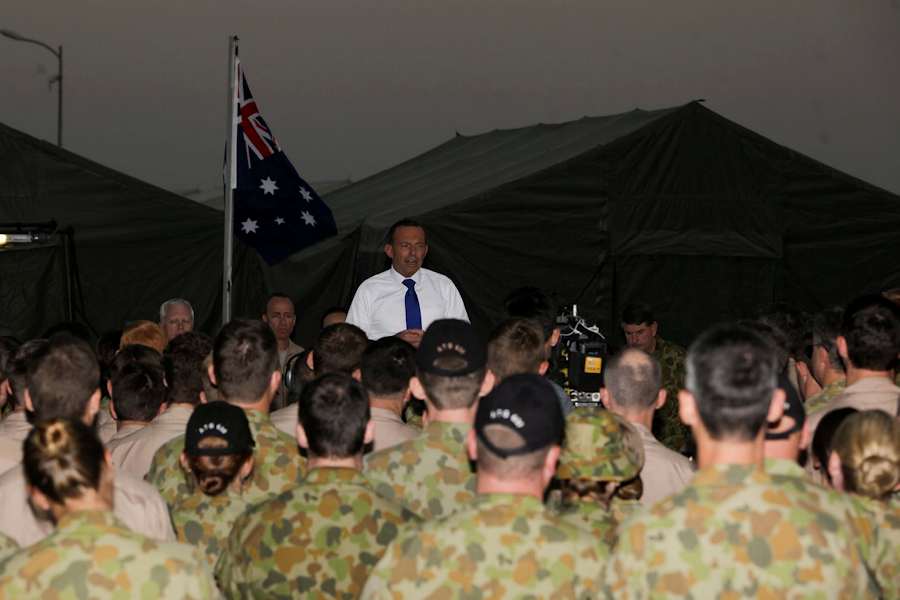 New Zealand is still hopeful it can negotiate an agreement to maintain sovereignty over any forces it may send to train Iraqi forces to combat ISIS.

Meanwhile Foreign Affairs officials have told a Parliamentary Select Committee they were constantly monitoring the situation in Iraq but were unwilling to be drawn as to whether the forces might not go if the political situation there deteriorated further.

Most of their time would be spent in the battalion headquarters of Iraqi special forces counter terrorism units.

If they moved to forward operating bases they would take heavier weapons with them.

He said the Baghdad government had insisted that the detail of the agreement covering the deployment to Iraq be kept secret.

However The Australian newspaper said the agreement provided the Australian troops and air force personnel with legal protection against prosecution under local law should they accidentally injure or kill innocent Iraqis or damage their property.

“He told us that meant they had one of the largest embassies in the world in Iraq,” said Mr Shearer.

The Ministry of Foreign Affairs and Trade’s Deputy Secretary in charge of legal issues, Gerard van Bohemen said that the passport by itself did not provide protection.

“We are looking to negotiate an arrangement with Iraq to make they (the forces) have the necessary protection that we require for our troops to operate,” he said.

“So the Passport will simply be a signal of the fact that they have a particular status.

“What that status will be will be determined by the arrangements we make with Iraq.

“Australia has an arrangement it negotiated with Iraq which is not a status of forces agreement.

“It is something different from that but it still covers off the major issues that a status of forces agreement needs to cover.

“We are looking to achieve the same outcome.”

Mr van Bohemen said the purpose of a status of forces agreement was to ensure that New Zealand military were exempt or immune from the criminal jurisdiction of their host country.

“We are looking to achieve such an outcome in the negotiations with Iraq so we can have the same sorts of assurances.”

Mr Shearer asked whether it would be a deal breaker if such an agreement could not be reached with the Iraqi Government.

Mr van Bohemen said Ministers had made it clear that appropriate protections needed to be in place before the troops were deployed.

“If we are sending New Zealand troops to prevent atrocities yet the people being trained by the west are creating the atrocities that would seem to be a contradiction of purpose,” he said.

Mr van Bohemen said that was ultimately a decision for Ministers to make.

“Of course we are following events in Iraq very closely including looking into those reports,” he said.

Mr Hawke told the committee that Iraq was a dynamic environment “and our advice is going to have remain dynamic over the course of the deployment.”

Again Mr Goff asked whether a dynamic environment might cause MFAT to advice the Government to reconsider the deployment.

Mr Hawke said with dynamic situations the advice would be formed by the environment.

The MFAT officials also revealed that at this stage the only formal documentation relating to the New Zealand deployment was a letter from Iraq tabled at the Security Council; seeking help and the conversations the Foreign Minister, Mr Ibrahim-al-Ja’afari had in Auckland last month with various Ministers.