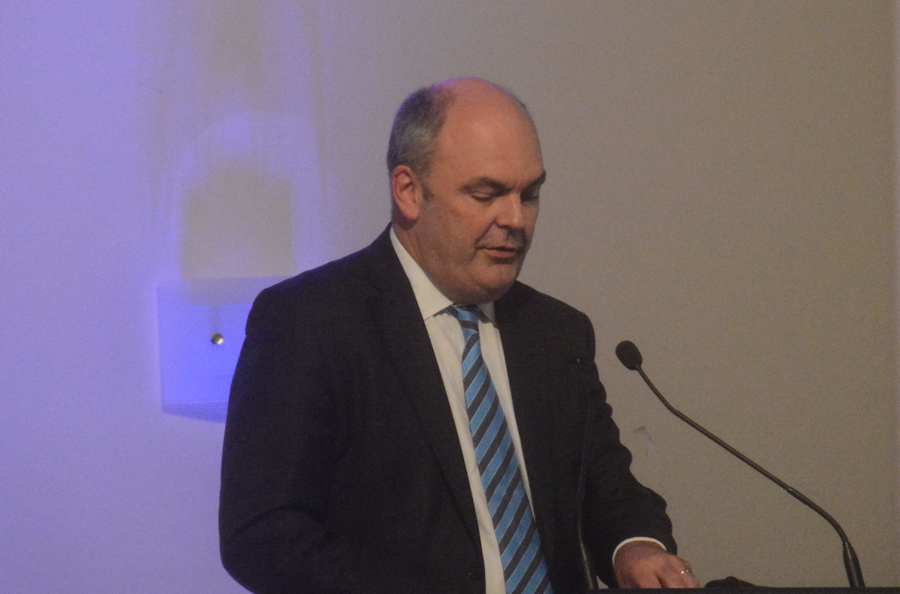 Fresh off a plane from South America, Economic Development Minister Steven Joyce, bounded into the National Party’s northern regional conference at Waitangi at the weekend fizzing with the prospects for New Zealand in South America and setting out new priorities for our international trade.

These will presumably feature in a major review of the Government’s Business Growth Agenda he announced was planned for later this year.

The new priority for markets would be those countries within 12 hours flying time of New Zealand.

Looking out to what New Zealand could look like in another 15 years he said we would have strong links with every country that was within 12 hours flying time; China, Japan, Korea, South East Asia, Australia, the Pacific Islands, Latin America, the US and Canada.

“We will still have strong ties with Europe, growing links with India and the Middle East and Africa but within our region smart kiwi entrepreneurs and companies will be selling their high quality food, their smart technology to the citizens of 50 odd countries with a collective population of 3.1 billion — all within 12 hours flying time from Auckland,” he said.

And a consequence of this would that Auckland would continue to grow “as it must in order to be our gateway city.”

And gateway cities are really important,” he said.

“Auckland has to be our equivalent to Sydney, Singapore, Shanghai, Santiago or Sao Paulo.”

But perhaps recognising that he was in Northland whose National Party members believe his failure to get to grips with regional economic issues there was a major factor in the recent by-election loss, he said regions would also grow thanks to “the ubiquitous fibre broadband round the country.”

He is also Minister of Tertiary Education and he promised that inside his 15 year time frame every business degree in New Zealand would incorporate a period of offshore study.

“Because it will be impossible to contemplate business career without spending at least some time ion markets around the world,” he said.

Accompanying this would be greater focus on learning the languages of the region — Mandarin, Japanese and Spanish – but also Thai and Portuguese.

It was a crystal ball sort of speech but one which coming from one of the Government’s most powerful Ministers suggests that inside the Beehive there is now a recognition that the Key Government has reached a turning point.

It has ended its reconstruction of the New Zealand economy after the Great Financial Crisis and now can afford to look to the future.