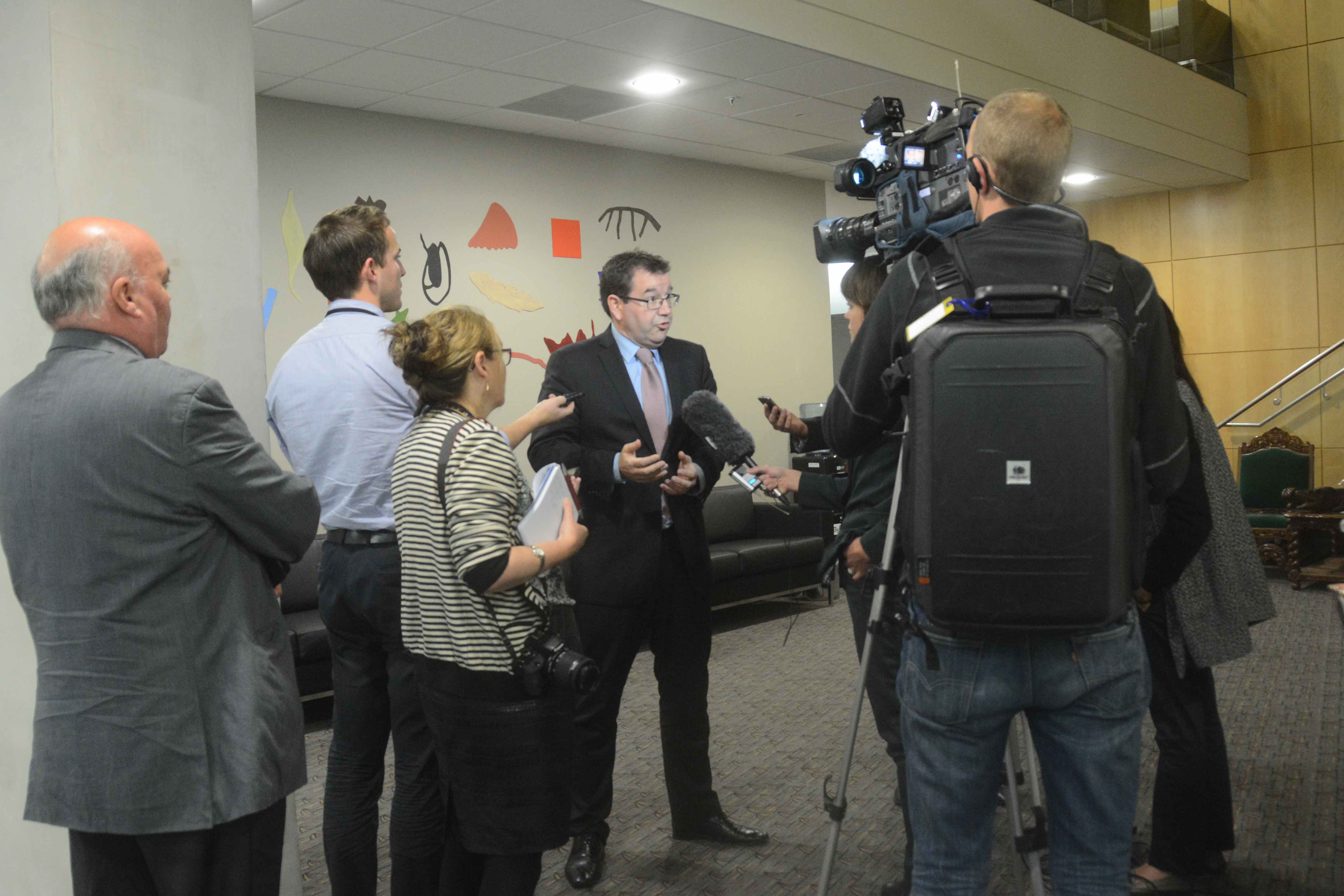 This is the year that Labour will try and shift the goal posts that define the economic debate in New Zealand politics.

In one of the most fundamental shakeups of the way the party thinks about the economy and itself  it is proposing to build its policies around the way the workplace has changed.

Labour, which will celebrate its 100th anniversary this year, has always been the “workers’ party” where the workers were employees of big companies or organisations` which either processed, transported or manufactured physical products.

But these days manufacturing (in which Statistics NZ includes construction) accounts for less than 20% of gdp — service industries make up 66% of the economy.

And just as important as this shift has been the way we work. Labour faces this on the doorsteps of South Auckland among its huge Pasifika support base where people work two or three jobs, some part time, and some casual.

The old notions of security of employment has long since gone.

It has fallen to Grant Robertson to try and pull together the party’s response to this which he is doing by a massive consultation process.

So far he has been producing papers, talking to groups, unions, companies and individuals.

This week he is in Paris at an OECD Policy Forum on the future of work and employment.

Then next month Labour’s Commission on the Future of Work will go high profile with a two day conference in Auckland.

Labour is talking to a high profile international economist and political figure as a keynote speaker.

After that Mr Robertson says he has a quite detailed plan for the future of his Commission for the whole of next year. The final plan will be unveiled at Labour’s annual conference in November.

This higher profile for the Commission may also answer Mr Robertson’s critics, some of whom are colleagues, who wonder whether he wasn’t too low profile last year.

Certainly he didn’t seem to get on top of the Finance Minister, Bill English, in economic debates and for much of the year his contribution to the Finance and Expenditure Select Committee was muted.

Maybe he was jaded and possibly even slightly disillusioned after losing out on the Labour leadership for the second time which he did at the end of 2013.

He frankly admits it wasn’t a particularly good year.

“For me it was always going to be difficult having got so close to winning the leadership and then not,” he told POLITIK.

“Its human nature I took a little bit of time to get my head around a new job and moving forward.

“But I’ve done that now and I am feeling energised and I feel like an evangelical preacher when I’m talking about the future of work.

“I do genuinely believe we are on to something here and if we get this right we can do huge things for the wealth and wellbeing of New Zealanders.

“That’s what I think the Finance spokesperson’s role is.

“So I am feeling better and I’ve even managed to keep the weight off.”

But though his work on the future of work is clearly his major priority, he still has to be Labour’s voice on the here and now in the economy and he is not optimistic about how things will pan out in 2016.

Perhaps a sign of his growing comfort in his role comes with the way he has begun to develop his own network of contacts in the economy and one those in Beijing, was warning back in December than things were not looking good for China in 2016.

But Mr Robertson is loath to get into deep analyses of the international economic outlook for the year.

He believes that we make the economy more complicated than it really is.

“For most people it comes down to ‘Do I have a job” and “do I get a decent rate of pay for that job’”, he says.

But of course those jobs are changing.

He says that people who can develop apps or otherwise participate in the digital economy are not at risk.

“But if your job is to stack the shelves or move the parts around the warehouse then your job is being automated.

“And the risk is that the gap (between those in the digital economy and those who are not) gets bigger.

“And you can take short medium and long term approaches to this.

“And the long term approach is all about education and training and that’s what you are going to hear from us through 2016.”

He says that Labour will be arguing that training should become a regular part of work.

And then he says the challenge in the medium term is what we do when there is less stable full time work around.

“So what do we do in terms of protecting income security?

So we are looking at the Danish Flexi Security model; at the Universal basic Income ideas but I think that the universal basic income has got a long way to go before anyone could legitimately say it was an answer but the ideas that lie behind it are really important which is providing that income security at a time of volatility.”

But he says the Commission is looking seriously at flexi security.

In Denmark workers pay high taxes, but trade job security for a guarantee, should they be laid off, of time-limited but generous unemployment pay that they can live on and a promise that they will get new jobs fast.

Hiring and firing can happen from one day to the next.

That a Labour politician is prepared to allow for a system under which workers could be laid off quickly is a major ideas-shift within the party and an indication of just how radical the Commission’s final report is likely to be.

All through 2015 he was arguing that the Government needed to do more to get jobs in the regions.

That was part of an overall approach to regional development which meant talking with local Government and answering questions about the big looming local issue which is how to fund infrastructure.

He says he has been getting a good reception from provincial and rural mayors but ultimately he says for him it is about listening to them.

And that includes listening if a region says it wants to do a project as a public private partnership.

“We have to listen to that,” he says.

“I would be very, very rigorous in my analysis of those kind of developments because I think we have seen them go wrong but we’ve seen with roading that you can do it well.”

Ultimately any potential Finance Minister has to have a tax policy.

And Labour are looking that now.

“We all recognise that the tax system is not rightly balanced now,” he says.

And once again he returns to the future of work.

“If there’s going to be less stable full time work available then the balance of your tax take that comes from income tax may change as well.

“Certainly if you are looking two or three decades ahead then you need to start thinking about the balance of the tax system.

And that will mean how wealth is taxed. He says that wealth comes in many forms like houses, assets, land.

But of particular interest now that Andrew Little has abandoned Labour’s Capital Gains Tax is National’s so-called brightline test imposing what is really a capital gains tax on properties sold within two years of purchase.

He suggests that Labour could extend that to five years.

And he says that Labour voted for the Government’s proposal because “it sets up a system we could start to look at making use of.”

It’s been a while now since Labour dared to offer radical economic ideas to the New Zealand electorate.

The Clark—Cullen Government was very much focussed on not frightening any electoral horses.

But time has run out on the cloth cap Labour party and its industrial base and it is perhaps appropriate that in its centennial year it should begin the process of reinventing itself for the digital world.

If Grant Robertson can pull this off he may not achieve his long ambition to be Leader but Labour may still hang his picture on their walls.