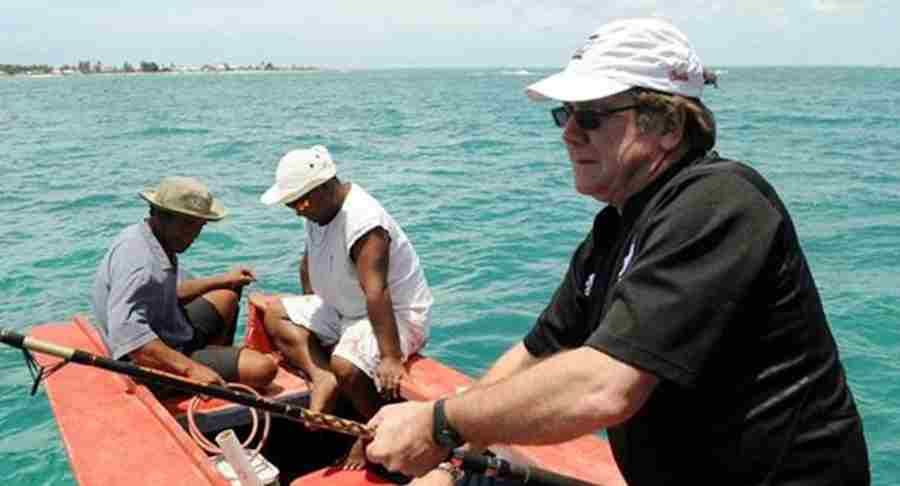 Yet it is only recently that the country has begun to define a post-ANZUS foreign policy and the unlikely agent for that has been National’s Foreign Minister, Murray McCully.

McCully has a well-deserved reputation as one of his party’s master backroom wheelers and dealers, a numbers man or instrumental force in at least three leadership changes and as was evidenced by the Saudi farm affair last year, a preference for playing by his own rules.

He is not known as the “Black Prince” around Parliament for no reason.

His long needed restructuring of the Ministry of Foreign Affairs got away on him and saw hordes of highly experienced staff leave. Now over 30% of MFAT staff have been there less than three years and it has been reduced to recalling retired diplomats to come back and fill in in some overseas posts

Not, you would have thought, the CV for someone who may well end up being one of the most important Foreign Ministers that New Zealand has had.

But back when National was in Opposition there were signs that McCully was beginning to take Foreign Affairs very seriously.

Outside experts, including academics like the Australia National University’s High White, were invited to Wellington to come and talk foreign policy with McCully.

And out of that he reached one prime conclusion; that we could never go back to ANZUS.

He talks about the need for foreign policy to be durable; in other words to be able to survive a change of Government. He’s not alone with this approach to policy. Bill English says much the same thing about economic policy.

Significantly both of them were members of the 1990 – 99 Bolger Government which found some of its key policy changes reversed by the Clark Government who followed them.

McCully says the lesson he learned then was that you couldn’t just govern for the day.

“Those of us who were around in the early 90s learned that lesson the hard way,” he says.

“And it’s certainly been something that has shaped my own thinking about policy settings.

“For example, early on in my term as Opposition spokesman on Foreign Affairs I proposed that we should embrace the anti-nuclear legislation and reshape our attitudes to the US around that explicitly ruling out any return to ANZUS.”

And that has begun to happen with President Obama last year singling out growing defence ties with New Zealand as evidence of US interest in the region when he spoke to a Malaysian business audience.

Presumably the Prime Minister’s golf with the President has helped too.

And Mr McCully says New Zealand has worked very hard to take the relationship with the US forward and to make it more contemporary.

“The Economist” magazine has described New Zealand’s relationship with China as the best of any developed country.

A very senior bureaucrat in Wellington said he doubted whether any other western country has a Prime Minister who had such close relations with both President Obama and President Xi Jinping.

New Zealand clearly played a key role in the formation of the Asian Infrastructure Development Bank and in a little noticed speech by Defence Minister Gerry Brownlee in Beijing last year he talked about Chin a being a true strategic partner and announced a five year engagement plan involving the People’s Liberation Army and the NZ Defence forces which has already seen officer trainees from New Zealand train in China.

Australia on the other hand has been more assertive in its military relationship with China, with RAAF surveillance aircraft late last year beginning patrols over the contested islands in the South China sea.

Mr McCully says that Australia (and Japan) have security relationships with the US “which may shape their rhetoric in a way that is not the case with New Zealand.

In describing New Zealand’s response to China’s island building in the South China Sea, Mr McCully, opens the question of his whole approach to foreign policy.

On the South China Sea he says he doesn’t think it is a question of picking between friends on this sort of issue.

“I think it’s more important that New Zealand has a policy on these things that is based on principle and for us it’s got to mean as a small country we support strong international institutions and we support international law.”

He says the approach New Zealand has always taken to discussions in the region about security is that issues need to be resolved according to law and that good institutions are needed to do that.

He cites the ASEAN Code of Conduct for the South China (which China has yet to agree to) as a way to manage that issue.

“We want that to happen more quickly but I think having a position that is grounded in principle and adherence to international institutions and laws is where New Zealand’s international personality and brand should take us.”

And nowhere does that personality and brand have a higher profile than in the South Pacific.

McCully has made relations with the Pacific states a personal priority but his overhaul of the Ministry of Foreign Affairs aid programme to the region which saw several staff leave the Ministry provoked considerable criticism of him.

However he says that is now in the past.

And some of the aid projects that New Zealand is now funding are very different from the past.

The satellite service includes significant amounts of live rugby which is apparently being provided free by the Rugby Union and Sky and will presumably attract a big audience in Fiji, Tonga and Samoa.

He says quite bluntly that the overhaul of the aid programme was to bring development aid and diplomacy closer together.

What that means for the Pacific is that it now receives about 60% of all of New Zealand’s development aid.

But as New Zealand campaigned for a seat on the Security Council, Mr McCully realised that small island developing states were an important constituency within the UN.

He says they hold 44 of the total 193 votes in the General Assembly.

“We realised that we should try and leverage our role in the Pacific to ensure that the lessons we had learned in our own region could be shared more widely in the Caribbean and Indian Oceans.”

The small island developing states had never really operated together as a bloc at the UN so McCully is proud of the way New Zealand, during its month as UN Security Council chair, organised a special debate on their security.

Meanwhile New Zealand aid in the form of technical assistance on renewable energy projects is now in six Caribbean countries and the Comoro Islands in the Indian Ocean.

“If you’d have told me seven or eight years ago that opening a High Commission in Barbados should be a foreign policy priority I would probably have looked a little querulous.

“But one of the reasons we have done that is that it gives us an essential base for a relationship with the Caribbean and we simply couldn’t do what we wanted to do, which was to take stronger leadership role, without it.”

And McCully is frank in admitting that leadership role among the 44 small island states could deliver dividends in international fora other than the UN.

So in essence what McCully has done is to move beyond the old alliance relationship with the US where New Zealand got privileged access to the US inner sanctum and through which it could makes its voice heard internationally to a new much more independent policy based around its own geography in which New Zealand seeks to lead the small island states.

Those 44 out of 193 votes, to an old numbers man like McCully, provide a power base which is just as valuable as the former security relationship.

Meanwhile other people are doing numbers around him.

There was already speculation among his colleagues that he would retire at the next election when he got ill last year.

But for much of the year he had the Damoclean sword of a potentially malignant cancer tumour hanging over him.

He was being regularly scanned and tested through the year until an operation before Christmas removed what his doctors say was a benign tumour but which in turn led to him catching the Superbug in hospital.

He spent several days in intensive care and one of close friends found he was too weak to talk when they called him.

However he says he is now fit and well and ready for an exhausting travel schedule though he does not expect it to be as busy as last year.

But he won’t say what he will do regarding his future.

He says he has yet to have a definitive discussion with the Prime Minister about it.

“But it’s no secret that I’m closer to the twilight of my career than the beginning and obviously that’s a discussion I’ll have with him some time this year.”