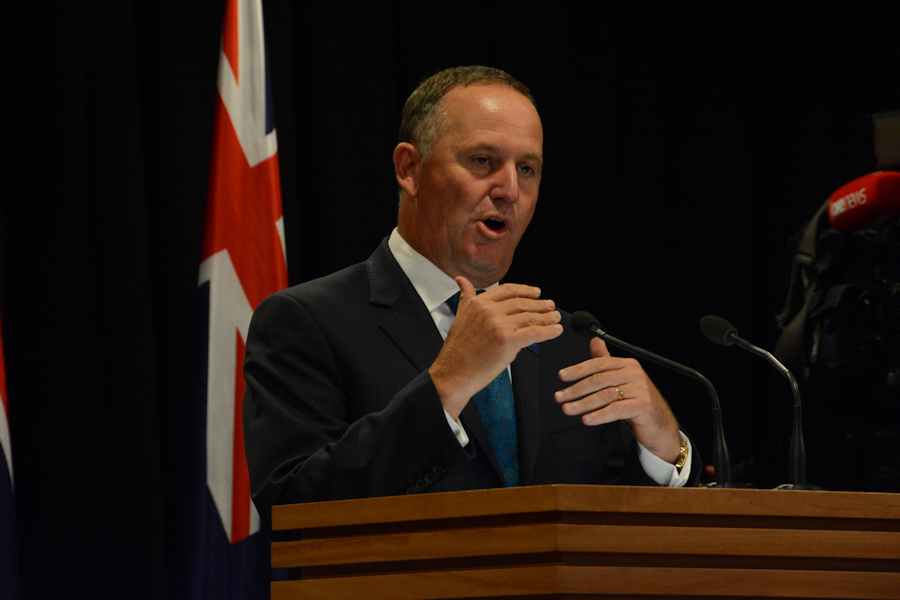 Its TPP day and the media focus will undoubtedly be on the size and temper of the demonstrations against its signing rather than the signing of the agreement itself. (Which after all, is really only a photo opportunity).

There seem to be three major planks to the anti TPP campaign:

All along Labour set five conditions for its support of any TPP agreement, the most important of which was a requirement that the agreement allow New Zealand to “restrict” the sale of urban housing to foreigners.

The agreement does not do this but would allow a Labour Government to impose stamp duties on sales to foreigners.

In response to this Labour Leader, Andrew Little, has said the party could unilaterally legislate regardless of the TPP to accomplish its goal of restricting foreign purchases.

Privately Government sources say that Labour probably could get away with that; that the likelihood of a foreign potential Auckland house buyers, ponying up the probable $1 million plus it would cost to take a legal case against the New Zealand Government to overturn the legislation would be very very small.

In a commentary on the TPP, the law firm Chapman Tripp yesterday said Labour’s frustration was understandable.

“The TPP does not appear to include the specific reservation of rights Labour wanted.

“New Zealand negotiators could perhaps have sought a more nuanced provision, such as appears in the NZ-Korea FTA, which arguably preserves some scope to expand the OIA screening regime.

“It is hard to see that the more absolute language in the relevant TPP annex was a deal breaker for other negotiating parties. “

The claim that Maori have not been consulted on the TPP was the subject of a claim for an urgent inquiry to the Waitangi Tribunal last year.

Five different Maori organisations lodged the claim – but it is perhaps noteworthy, given the protests likely at Waitangi, that Tai Tokerau were key players in the claim.

The tribunal rejected the call for an urgent inquiry but said: “We are satisfied that there is a good case for the Tribunal to grant urgency or priority to the hearing of these claims once the text of the TPPA is available.

“The issues for urgent inquiry being:

(a) Whether or not the Treaty of Waitangi exception clause is indeed the effective protection of Maori interests it is said to be; and

That inquiry is supposed to be taking place any day soon.

But in the meantime some Maori interests have supported the deal.

The Federation of Maori Authorities has cautiously welcomed it.

Chair Traci Houpapa told RNZ there were benefits and opportunities for Māori and all New Zealanders.

“We’ve analysed those documents ourselves and while we have a level of comfort we agree with the 12 month consultation process that the signing on the 4th of February triggers.”

Ms Houpapa said the removal of some or most tariffs for exporters would have financial benefits for the federation’s regional members.

“Māori have a predominate footprint in primary sector industries, we are land, water or sea based so our exporters have obvious benefits if the removal of tariffs are in place and TPP provides for that.”

FOMA is happy with the provisions within the agreement that acknowledge the Treaty of Waitangi, which say it must be enshrined, but FOMA recognises further analysis of what that means is required.

The ISDS provisions have long been controversial simply because they allow foreign corporates to take action against the New Zealand Government at an international tribunal rather than through the Courts.

The Peterson Institute for International Economics in a commentary on the TPP says the ISDS mechanism in Chapter 9 of the TPP specifically respects the legitimacy of environmental, health, and safety regulation.

“Chapter 9 clarifies that the investor bringing a case bears the burden to prove all elements of its claims.

“Chapter 9 makes proceedings fully open and transparent, and allows civil society organizations and others not party to the dispute to participate.

“In addition, Chapter 9 will, for the first time, clarify the definition of legitimate public welfare objectives as a ground for defending a country’s regulations and makes clear that frustrated investor expectations are not in and of themselves sufficient to claim damages.”

Perhaps the best summary of the TPP is in the Chapman Tripp commentary.

“None of the signatory countries will be perfectly satisfied with the deal.

Each will have a particular clause or clauses that they would prefer were not there.”

But if support for the deal was premised on perfection, then it would go the way of the Doha Round.

“It is no coincidence that TPP opponents play the single issue game.

“Conflating whether one gets everything one wants, and whether the deal is acceptable overall, is a classic black hat strategy.

“The art of negotiating involves being able to push hard for one’s positions, then to stand back and work out whether (even if one did not get all one wanted) the deal on the table is better than no deal at all. “

And amidst all the criticism of the TPP the gains to New Zealand are easily obscured.

the Government says (in its National Interest Analysis of the TPP) that Based on the modelling the New Zealand Government’s assessment of the overall impact of TPP on New Zealand’s economy, once key outcomes have been fully implemented, was that New Zealand’s real GDP would be projected to increase by at least 0.9%, or NZ$2.7 billion annually, by 2030.

However a Tufts University study from January this year however projected that New Zealand’s gdp gains because of TPP were more likely to be only 0.09% a year.

But the Prime Minister makes the point that there may be gains which we cannot forecast.

“The China Free Trade Agreement has exceeded all our expectations,” he said on Tuesday.

“Trade between our two countries has doubled since the agreement was signed in 2008.”

The overall impression is that the TPP is not perfect but equally it may not be as bad for New Zealand as its critics claim.