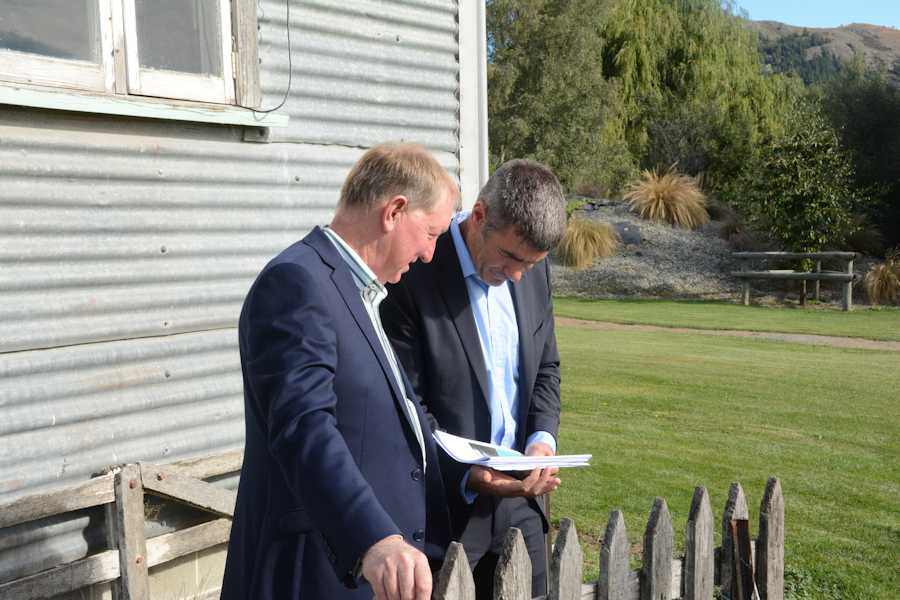 The Government is still stalled on how it will allocate water rights.

This is despite the high-profile release over the weekend at the Blue Greens Conference in Tekapo  of the consultative document, “Next Steps for Freshwater.”

The document says: “The Government is still finalising the package of allocation proposals that will fully address the range of interests of those wishing to access freshwater resources including iwi/hapu as further work is required to develop options that the Government and stakeholders can resource.”

A source familiar with the work of the Land Water Forum told POLITIK that the reason for the lack of any policy is that the Government has yet to resolve issues with Maori over water.

The obstacle to that appears to be political resistance to what iwi might want, rather than what they have said they want.

Iwi Leadership Forum water spokesman, Mark Solomon last July[R1]  told TV3’s “The Nation” that iwi wanted a right to have input into the governance and management of water and they wanted equitable access to water for their lands.

However exactly how that would work in practice is unclear.

The caution in the document might be explained by suggestions to POLITIK from a caucus source that backbench MPs had made it clear to the Minister for the Environment, Nick Smith, that they would be opposed to any system which gave Maori preferential rights over water allocation.

Those MPs may well have been listening to Federated Farmers President, William Rolleston, who sounded a warning to the BlueGreens Conference when he addressed iwi involvement in water allocation.

“We want to make sure that these arguments are good for the future,” he said.

“You are not always going to be like a pre-nuptial agreement, loving each other in the future.

“We need to make sure that ownership is not confused with governance; that self-interest will not get in the way.

“We need to make sure conflicts of interest are well managed.

“We know that the Resource Management Act legitimises paying off objectors but want to be careful not to institute a rewards system within the decision making process.”

However Environment Minister Nick Smith seemed to suggest that he did not yet have Maori Party agreement yet on how to allocate water.

He said they had been extensively consulted and he was confident they would support any legislation that may eventually emerge.

“But with any negotiation with the iwi leaders or the Maori Party there is always more that they would always want and that’s an ongoing conversation.”

But Dr Smith has already conceded one of Dr Rolleston’s points. He has rejected any idea that iwi could have an ownership right with respect to water.

“The Government’s position is that no one owns the water,” he said.

“Anybody claiming a proprietorial interest over water itself gets us nowhere.

“What we are looking at here is solutions that enable iwi to be involved in decision making; enable them to have a decent say on big decisions like Water Conservation Orders but maintaining the view that we have to manage New Zealand’s fresh water in the interests of all Kiwis as well as Maori.”

The Consultation Document proposes that Councils must, at the outset of their planning process, engage with iwi and hapu to ensure that all iwi and hapu relationships   with water bodies in the region are identified in planning documents.

And Councils, when identifying values and setting objectives, must continue to engage with iwi and hapu whose relationships with water have been identified.

However this appears to be a lower standard of iwi involvement than has been proposed in the Resource Legislation Amendment Bill which amends the Resource Management Act.

That seeks to place a statutory obligation on councils to invite iwi to form an iwi participation arrangement that will establish the engagement expectations when consulting during the early stages of the plan making processes.

Speaking to POLITIK Mr Smith acknowledged that the water reforms have been a delicate political process so far.

“We’re walking a fine line, but I think we’ve got the balance right,” he said.

“I think the average kiwi says we recognise that iwi have a very long association with water bodies; with lakes and rivers and they deserve to have a say but equally the Council needs to make the final decision alongside the Government on those and that’s the line that we’ve struck.

“It won’t please everybody.” 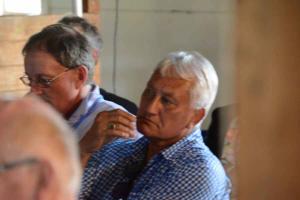 Maori Affairs Select Committee Chair and National List Nuk Korako diplomatically batted away the question of whether the Governments proposals had gone far enough for Maori.

It’s a consultation document,” he said.

“And if you look at what Ngai Tahu has been saying, it’s exactly that.

“That is that there needs to be a national framework with regional solutions.

“What we’ve got here is a consultation paper about a framework.

“And the engagement and consultation process sis actually continuing”.

But if Dr Smith (And Agriculture Minister Nathan Guy) were necessarily vague about the iwi participation and water allocation issues, they did arrive at the conference with a firm decision fencing waterways.

The regulations will progressively extend to dairy support grazing, beef and deer farming to 2030 and failure to comply or allowing stock to enter waterways will result in instant fines up to a maximum of $2000.

Sheep and stock on hill country will not be required to be kept out.

But Dr Rolleston warned that these measures could cost farmers a substantial amount. He said fencing cost about $10 a metre and he estimated that the new fencing could cost $3.9 billion immediately but ultimately could go as high as $10 billion.

However the Government did get qualified support for its actions from Forest and Bird’s Kevin Hackwell; Environment Defence’s Gary Taylor and Land and Water Forum Chair, Alistair Bisley.

But Mr Bisley was concerned about the lack of any clear timetable to resolve the allocation issue.

“It’s a hard road and we need to start doing stuff now,” he said.

But the development of an allocation system will be controversial even without the iwi issue.

Dr Rolleston made it clear Federated Farmers would be wary of a proposal in the document to develop ways of transferring water rights to more efficient, higher valued users.

“Water is a public resource,” he said.

“It is important to realise that if you start to move into a water trading system it is my belief that that doesn’t mean that water goes to the most economic use or the most efficient use.

“It actually goes to the use of people who can afford to pay to have that privilege.”

This whole issue is clearly going to require delicate political management by the Government.

There are too many stakeholders with a vital interest in water for any resolution to be easy.

But clearly the Government is already being ultra cautious. It would seem unlikely, despite Mr Bisley’s pleas, that that stance would change.