Home Environment SAY NO TO INTENSIFICATION AND YOUR RATES MAY GO UP – ENGLISH...
Facebook
Twitter
Linkedin
Email 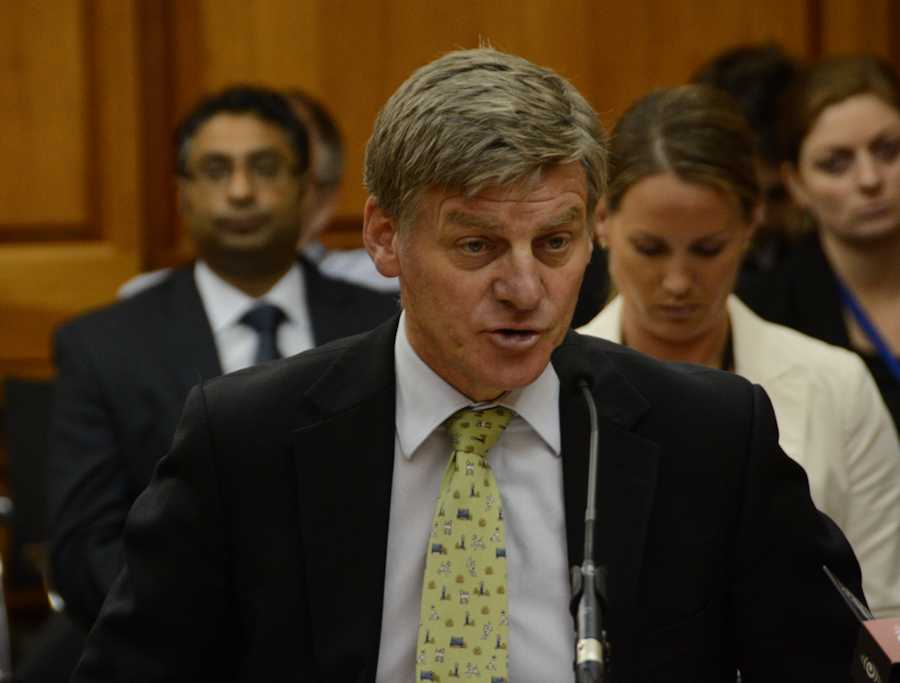 Finance Minister Bill English is warning Auckland that if it doesn’t intensify its housing it could face higher costs and rates because of the need to build infrastructure for its outer suburbs.

Mr English says the city faces a deficit of 3800 building consents a year at present even taking into account last year’s record number of 9200 consents.

But he is stressing it will the role of the Auckland Council to make the decisions on where the houses go.

One reason he’s standing back may be the strong opposition among many National MPs s in Auckland to the Council’s published intensification plans.

That opposition is believed to extend to the aprty organisation in Auckland also.

So how does the Government balance the costs of growing out against the political objections to intensification?

“I think it is important that someone introduces whatever those costs are.

“There may be a perception that there’s a bit of a free lunch here; that if you don’t have density, then somehow the city can grow.

“It can but it costs more.”

Mr English said the Government-Auckland Council Transport Alignment Project is showing that there is a need for more transport infrastructure in the west and south.

So if Auckland ratepayers don’t accept intensification, will that mean their rates go up to pay for the infrastructure in the west and the south?

“That needs to be aprt of the debate,” he said.

“We don’t know the answer – but if it grows out, there’s a cost to that that may be more or less than intensification.

“It would be good to know.”

But Mr English has made it clear that the Government has a real stake in Auckland house prices.

Speaking to the Auckland Chamber of Commerce yesterday he said that the Government was focussing on rapidly rising house prices because they could  have a significant effect on macro-economy and financial stability; they could drive inequality, as high prices favoured current owners  and they were a fiscal risk for the Government.

“We spend $2 billion each year on accommodation subsidies,” he said.

“Sixty per cent of all rentals are Government subsidised, and the Government owns one in every 16 Auckland houses.

“We want a planning system that recognises the consequences for all current and future residents, and for the country.

“One that coordinates these interests, but does not restrict growth.”

And central to that planning system will be a Government desire to see the real costs of infrastructure included in the planning process.

Clearly the Government’s tactics on the Auckland housing issue are not to frighten its eastern suburbs and inner city constituents by being seen to be party to the Council’s intensification plans.

National holds the Auckland Central, Tamaki and Maungakiekie seats – all of which would be directly affected by any inner city intensification.

Instead what Mr English is obviously hoping is that, once the real costs of expansion at the fringes of the city are revealed, there will be a counter pressure to go back to intensification.

Interestingly in his speech yesterday, he said he hoped that election year in Auckland wouldn’t affect the positive relationship between central government and Auckland city, developed in recent years.

“We have developed a focus on generating solutions based on a common understanding of the problems.

“I hope mayoral and councillor candidates will feel the same pressure we in central government feel – the need to solve obvious problems faster.

“Auckland Council will have to respond to the Independent Hearings Panel on the Auckland Unitary Plan this year.

“It is critical that the plan provides enough scope for increasing housing supply to meet the demands of this growing city.

“Exactly how that is delivered – the combination of up and out – is something that Auckland should decide for itself. ‘

That reflects the Government frustration at the messy politics of the Auckland Council but also clearly defines the paramters of the relationship.

Whatever the Council does, it will need to enable the construction of more houses.

That may be a warning to any candidate who proposes to campaign simply on an anti-intensification ticket.