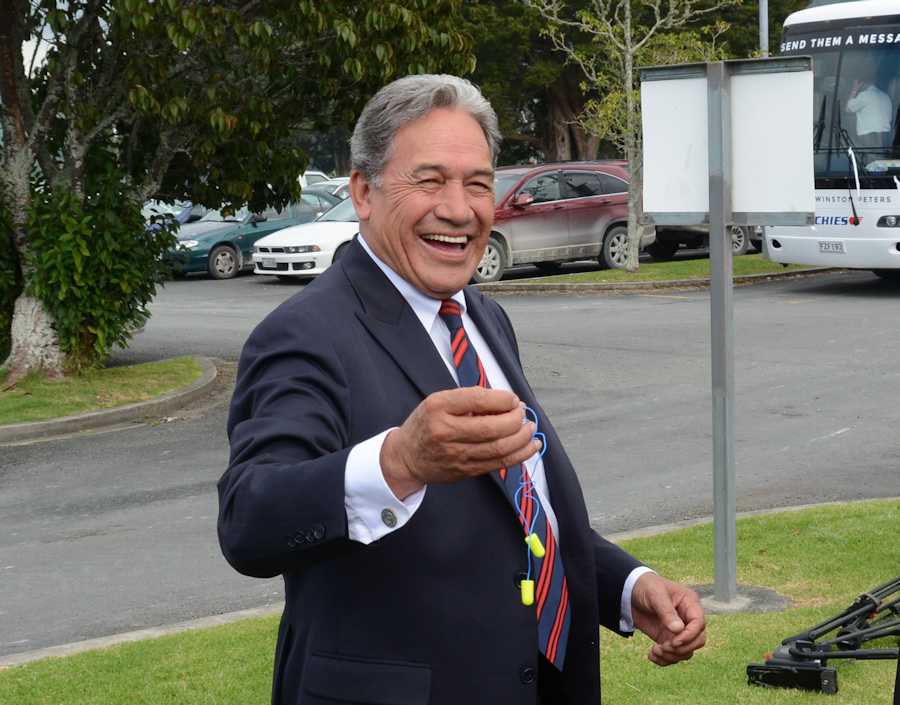 Opposition is mounting to the Government’s proposal to give Maori a bigger role in the Resource Management consenting process.

The concession to the Maori Party was part of the deal to get them to support the amendments to the RMA which   are currently before Parliament’s Local Government and Environment Committee.

Whilst the most public opposition so far has come from Winston Peters, the ACT leader David Seymour joined the chorus over the weekend.

There are also National Party backbenchers who have spoken to POLITIK who are worried about the concessions.

National’s problem is that both ACT and United Future Leader Peter Dunne have opposed the ammending legislation and said they would not vote for it.

National needs two additional votes in addition to its 59 MPs to get legislation through the House.

So it has been left effectively “buying” the Maori Party vote on the RMA.

Now POLITIK understands that Mr Seymour and United Future Leader Peter Dunne have begun discussions to look at offering the Government a new deal to get the legislation through Parliament.

That would mean the Government would not then require Maori Party support.

The objections are to two provisions which would require local authorities to “enhance Maori participation” in the planning process by inviting iwi to engage in voluntary participation agreements with Councils and also there is a requirement for enhanced consultation with iwi.

In his State of the Nation speech on January 26, Mr Peters said: “Under the new bill, every council in New Zealand will be required by law, to invite the local iwi to “discuss, agree and record ways in which tangata whenua” through iwi authorities, can participate in the formulation of policy plans, including water management plans.

“All of this has to happen within just 30 days of a council being elected.

“This is just the starting point.

“The spokesperson for the Iwi Leaders Group, Rahui Papa said of the bill, that it was a positive first step in advancing our objectives of better environmental outcomes and improving Maori participation in resource management processes.”

In his speech, Mr Peters, who has been a critic of the limitations of the Resource Management Act, particularly for resource development in his Northland electorate, offered to support the Government Bill if “National will drop all provisions in the bill that provide separate rights based on race.”

Then in the committee stage of the RMA Bill, NZ First would move amendments “to cut red tape and bring common sense to the RMA.”

Both David Seymour and Peter Dunne have clearly sensed that National is under some pressure to go along with Mr Peters.

That is not a solution that owuld be palatable to many Nats — but Mr Peters’ campaign is apparentrly striking a chord, particularly in provincial New Zealand.

At the weekend, speaking after his party’s annual conference, Mr Seymour told POLITIK that he was concerned about the previous weekend’s water consultation proposals because of the relationship between water rights and the RMA.

“Solving the RMA reforms is the best thing that can be done because at the moment you have this mandatory consultation with iwi and you have also said that water allocation is going to become largely a local body issue.

Speaking during the First Reading of the amendment bill on December 1, Maori Party Co-Leader, and Te Ururoa Flavell said the Maori had proposed the requirement that Councils better engage with Iwi.

“The new provisions will have iwi involved at the front end of local council planning rather than responding at the end. “

And during that debate Mr Dunne appeared to indicate his willingness to support the legislation if it was substantially rewritten.

“I hope that the select committee takes its proper time to consider all the issues carefully, and, if need be, comes back to the Government and says that we cannot proceed with this legislation in this form and that it needs to be rewritten more consistently and thoroughly,” he said.

In a way this is a phony war.

While the political parties are debating the ammending legislation, the productivity Commission has been charged with reviewing the RMA, the Local Government Act and the Land Transport Act.

It is now widely believed that the Commission is likely to propose new acts which would effectively split the RMNA into an urban planning act and an environmental protection act.

A key player in the debate over the future of the RMA, the CEO of the Council for Infrastructure Development, Stephen Selwood, told the National Party’s Blue Greens conference eight days ago that we needed to start talking about the “post RMA” era.

It was Mr Selwood who was one of the leading advocates of having the Productivity Commission look into the RMA.