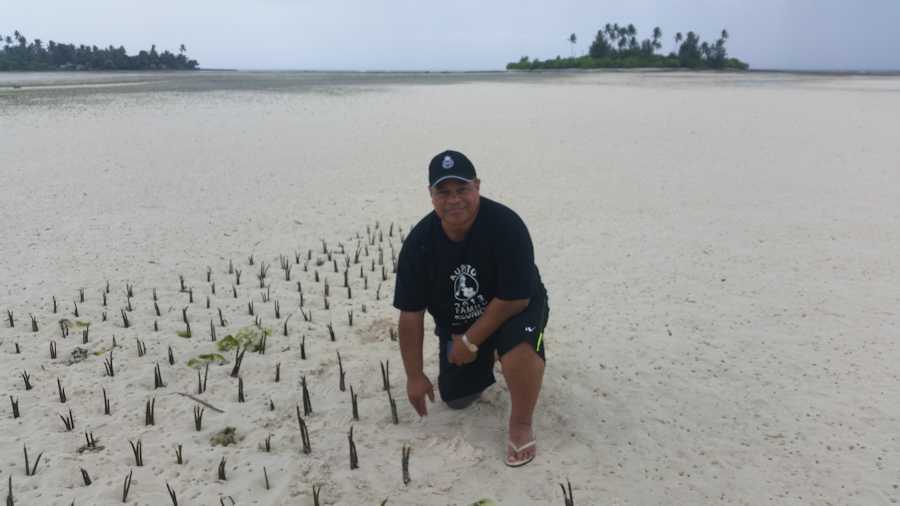 Labour MP Sua William Sio is calling on the Government to review its immigration policies for people from Tuvalu and Kiritbati as rising sea levels are already forcing people in both island groups to flea outlying islands for the main island.

He says this is placing huge pressure on island facilities as overcrowding threatens the main islands.

In Kiribati he says, disposal of waste is now a major issue as there is nowhere else to dig holes to bury it.

Mr Sio has just returned from a trip to the two countries to look at the impact of rising sea levels.

He says the main impact is the concentration of population putting pressure on scarce resources like drinking water which is in turn being affected by the rising sea water table.

Currently New Zealand has an immigration quota of 75 for Tuvalu and Kiribati.

“The Prime Minister (of Tuvalu) said to me, the numbers are small but they can have a really striking impact.”

He is proposing what he calls a programme of ”Migration with Dignity” which could see New Zealand assist with education and pre-immigration training in the islands for people without the skills and qualifications to easily qualify for immigration.

“They don’t want to lose all their brightest and smartest,” he said.

“They still need them to run the Government.

“So the Government Ministers I met agreed that we need to grow the education skill base and look at the mobility of labour.”

He said that both governments of Kiribati and Tuvalu regard migration as a last resort.

“Notwithstanding that I think that for a future Government which wants to stand and support the Pacific you have to plan for that emergency and that disaster but hoping that the disaster doesn’t happen and allow for the gradual movement of people.”

He said he was surprised because had expected that the Governments would be saying everybody wanted to leave.

“But they actually didn’t.

“Yes, they want to migrate but they also want to be able to come back to their homes.

“They want their homes protected.”

But on the bigger picture of the impact climate change is having on the sea levels he said that if New Zealand wanted to stand with the Pacific it had to walk the talk and be bigger and braver about reducing its carbon emissions.

Mr Sio’s trip is an interesting move by Labour which has been accused of taking the Pacific vote for granted.

But it also points up what is a growing foreign policy concern for New Zealand which has taken to underpinning its foreign policy, particularly its role at the United Nations, with a sort of self-appointed role as a voice for small island developing states.

Mr Sio believes that there is some unease among Pacific nations about New Zealand’s initial reluctance to commit to tougher greenhouse gas emission targets at last year’s Paris conference on climate change and also its apparent reluctance to confront the impact of rising sea levels here.

“In Kiribati and Tuvalu, the future is now,” he said.