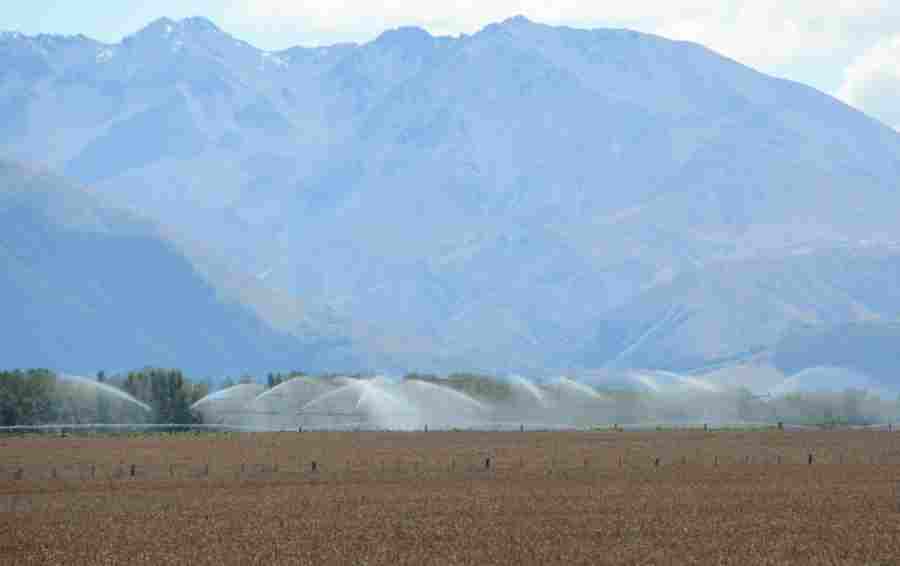 While the Government appears to be procrastinating over the resolution of how to allocate water, the country’s irrigation industry is starting to get impatient.

And so they are going on a communications offensive which started with bringing in journalists (including POLITIK) to attend their annual conference in Oamaru this week and at that conference having speakers talk to them about how to communicate.

Their problem is complex.

Though Environment Minister Nick Smith is currently convening meetings to discuss his “Next Steps on Fresh Water” document, the section about allocation is essentially blank.

And that leaves hanging in the air the question of whether the Government might ultimately impose a charge and use the market to allocate water.

This is opposed by federated Farmers, and the irrigators.

But the reason for the holdup is an even more difficult issue to resolve and that is the question of what rights Maori have to water.

Until that is settled, the Government can’t really settle the rest of the equation which is how to allocate the water to everybody else.

At his press conference last Monday, the Prime Minister that water allocation t was a “sort of medium term conversation.” and how allocation was undertaken was “probably a bit later down the track.”

For Irrigation NZ chair, Nicky Hyslop, if that means the Government is simply putting the hard part of the debate to one side then she has a problem.

“Parking it is no good,” she says.

Though she is willing to be patient – up to a point.

“It is urgent but we need to make sure that we take our time rather than putting in place another set of decisions which solve one grievance by creating another.

“So I don’t think we should apologise if that takes a little bit of time to get there.

“It’s too important but I do think we can’t back off trying to fix the problem.

“And I would have thought that needed to be in the short to medium term.”

Irrigation New Zealand Chief Executive, Andrew Curtis, says the concern is that in an increasing number of cases Maori are both an economic player with a vested interest in a market and also have a regulatory role through their mandatory involvement in the consenting process.

He argues that this creates a conflict of interest.

“We think it could be quite beneficial engaging iwi better in the process and that’s where the co-governance comes in,” he says.

“If you’ve got a more formalised structured pathway to engage them then it may stop some of the stuff that happens at the 11th hour currently.”

But engaging with iwi is one thing — agreeing that they have an ownership stake in water is another.

However at present, the Government is saying that “no one owns the water”.

Whether it can maintain that stance, particularly if it tries to use the market to allocate water is debatable.

The irrigators oppose a market mechanism being used.

Mr Curtis says irrigators already have to write hefty cheques to get water on to their properties to pay for the infrastructure to get it there.

He concedes that at the moment allocation is on a “first come first served” basis.

“But if you go to a trade-off situation between the town and the farm, between say a water bottler or a hydro scheme and a farm, do you want to go a market in water because the town is always going to win.”

The biggest criticism the irrigators have to face is the environmental objection to intensified farming with a consequent increase in nutrients flowing back to the waterways.

They addressed this head on at their conference with a series of local and international speakers explaining how to manage water in an environmental friendly way.

University of Nebraska Water Engineering Professor Christopher Neale stated the challenge succinctly when he said “you can’t manage what you can’t measure.”

And Queensland sugar cane farm advisory officer, Robert Milla showed the conference how he was able to monitor spikes in nutrient release in real time and immediately alert the grower to take remedial action.

The growers he worked for had their run off go into the sea towards the Great Barrier Reef which made any excess release of nutrient potentially devastating for the reef.

The industry also has to deal with criticism that by allowing farm intensification it is destroying natural landscapes.

Forest and Bird have called the growing use of irrigation to grow crops on the McKenzie Basin a creeping green stain.

The Tourism Export Council, which represents inbound tour operators, has called for a five year ban on more irrigation.

But Andrew Curtis says if they want to stop irrigation then they (or the Government) should be prepared to compensate farmers.

“You can’t expect farmers to have brown barren landscapes, control rabbits and control wilding pines when they can’t make any money off the land.”

And ultimately that’s what the irrigation argument comes down to.

It provides an economic boost, particularly to regions which have traditionally been frequently hit by long droughts.

North Otago was long a notorious drought region with one particularly severe one in 1988 – 89 leading to some farmers having to leave their land.

But the establishment of the North Otago Irrigation Company to take water from the Waitaki River has saved the district according to one of the company’s founders, Jock Webster.

He cited a study which showed that the irrigation had added $45 million to the district in gdp and led to the creation of 274 full time equivalent jobs.

And that sort of economic gain is why both the Government and the irrigators support irrigation.

But as Nicky Hyslop said, the irrigators have to keep telling their story if they are to maintain public support.

And without that public support, they will not persuade an already gun shy Government to move on with legislation.