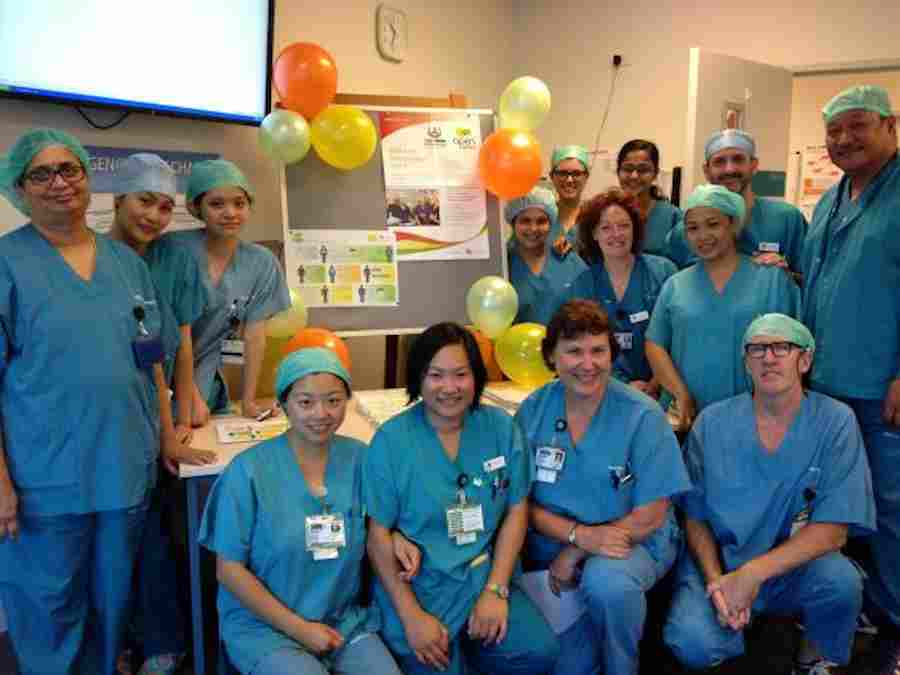 The challenges are obvious.

A grey tsunami is about to hit our health sector while poor lifestyle choices right across the population are leading to more chronic disease.

The gap between expectation and delivery in the health sector is becoming an increasingly polarised one with sharp exchanges between Labour’s former Health Minister, Annette King and National’s Minister, Jonathan Coleman punctuating Parliament’s Question Time this year.

But a new report from Treasury suggests that better quality health care focussed on improving patients’ lives may actually be cheaper health care.
Funding cuts need not necessarily lead to cuts in the quality of care.

Ms King bases her criticism of Dr Coleman and the Government on an Infometrics report commissioned by Labour last year which showed health funding had been cut in four of the last six Budgets.

A shortfall of $500 million this year took the total funding slash to $1.7 billion since 2010.
And yesterday the Greens health spokesperson, Kevin Hague, said mental health services in DHBs were under-resourced “and the Minister’s slow erosion of budgets has stretched services past breaking point.

Dr Coleman’s standard response to his critics goes along the lines of this answer on February 11: “If we had maintained the rates of growth in public spending that we inherited from Labour, New Zealand would have owed $100 billion more in debt by 2021 and the debt to GDP ratio would have grown to 60 percent, rather than the 30 percent that we have reduced it to.”

Instead, Dr Coleman has argued that there are substantial efficiency gains to be made within our hospitals.

Though the Treasury report confirms that, it also shows how precarious the financial situation is for the District Health Boards.

The report found that the financial situation was particularly pressing in two boards it studies, Auckland, and Whanganui.

In Auckland in 2009, most of the ‘low-hanging fruit’ had been picked, such as efficiencies in the back office, stationery and learning expenditure.

Long-term financial sustainability would not be possible without major changes to the system.

The impact of the Global Financial Crisis on the New Zealand economy, with low increases to DHB funding signalled at the time. funding increases Auckland DHB would have received were unlikely to keep up with increases in the projected DHB costs.

Turning a hospital’s image around

And Whanganui had a declining population (therefore declining funding) but a very high population over 75 and 36% of its population lived in deprived areas.

Added to that the report found that the DHB faced additional challenges:

• 32 women and their families were negatively impacted by an incompetent surgeon, generating a strong community backlash and loss of trust. These cases were symptomatic of wider quality issues that the DHB was facing at the time
• Recommendations from reviews and incident analysis were not followed up and acted upon, with over 300 recommendations outstanding
• Disempowered clinical leadership and low staff morale created a workplace culture that made it difficult to recruit quality staff.
Auckland began to cope with its challenges by placing responsibility for financial management, human resources, patient outcomes and service delivery on clinical leaders.
And Whanganui began firstly by trying to restore trust in its services by making a commitment to review each death that occurred under its care regardless of whether the death was expected or not, and to share any findings of the review with the family.

“A letter of condolence is sent out to families whose family member has died in hospita,” the report says.

“ The letter explains that the DHB reviews all deaths and seeks feedback on the care from the family.

“The DHB communicates the finding of each review to the family/relatives of the deceased.

“ If care has been provided below the standard expected, Whanganui DHB is open and transparent with the family, makes an apology and explains changes it is planning to undertake as the result of the review.”

Whanganui was able to do this against a background of very right financial constraints.

In 2008/09, the DHB reported a $9.8 million deficit, which translated to around 5% of revenue at the time (third worst financial performance among 20 DHBs).

Since then, the DHB reported sustained improvements in financial performance, reducing the deficit to less than 0.5% of revenue in 2013/14.

Whanganui DHB achieved this result while receiving minimum increases to its funding and Treasury noted that the improvement in quality came with the empowering of staff to take responsibility for it.

Auckland actually made savings by looking at efficiencies in some of its services.

They found that because of historical practice, patients were routinely being transfused unnecessarily and once the decision to transfuse was made, two units of blood were transfused rather than one.

Not only was there increased risk when patients were transfused twice but evidence showed that it was only necessary to transfuse less frequently and only once.

This resulted in financial savings of $3.6 million over that period.

These savings have been sustained and are now estimated at over $10 million since the beginning of the project.

“More importantly, these changes led to safer practices and better outcomes for patients,” says the report.

The report concludes: “The success of Auckland DHB’s approach demonstrated the advantages of using data and international best practice to change how certain procedures are delivered.

“ It is important to note that even with good data and evidence, changes in clinical behaviour require strong clinical leadership.

“The programme’s success also led to domestic and international recognition, with other DHBs and Australian health organisations adopting the approach developed by Auckland DHB.

“In fact, New Zealand’s national red blood cell use has dropped by about 13.7% since 2010 and is now trending sideways, despite an increase in health care utilisation.

“The Bloods Programme was a catalyst in the DHB, a measurable success to demonstrate that change was possible.”

It is more efficient and less wasteful. It is the right care at the right time. It should also lead to fewer patients being harmed or injured.

And it says quality frameworks can serve as a way of shifting the focus of the health system from managing and delivering outputs to improving patient experience and outcomes.