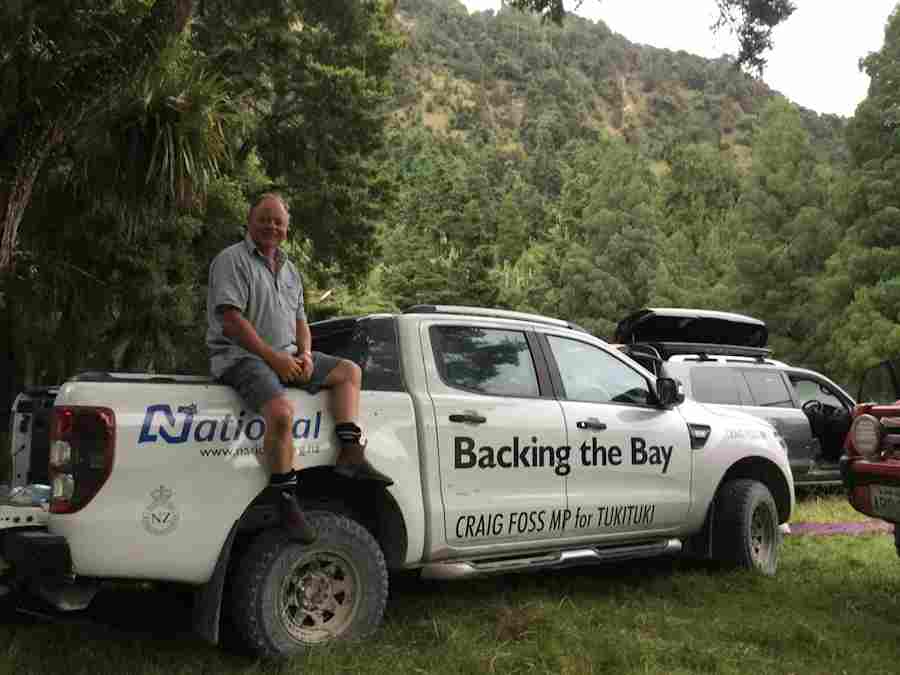 StatisticsNZ may seem to be one of Wellington’s more prosaic Government departments.

But in fact, it is the engine room that is powering the Government’s whole social investment programme.

And it’s at the cutting edge of some of the big issues facing the Government whether they be economic or the social implications of the sometimes uncomfortable truths that it reveals about our society.

That idea has the potential to upend parts of the banking system.

And now its Minister is talking about even more radical ideas which would seem some crucial statistics be produced in real time.

Craig Foss at first glance might seem an odd  Minister to preside over this.

He handles the human side of Immigration, the appeals and deportations and so on, and in Transport, he oversees the myriad of regulations that entangle that sector.

And Veterans’ Affairs, a portfolio he plainly loves, has given him a chance to have a front row seat at First World War centennial commemorations around the world.

But it is in Statistics that he has a chance to make a real difference.

Though he seems to like coming across as a Hawke’s Bay farmer (handy in his Tukituki electorate), Foss is, in fact, a former investment banker with a similar international career to that of John Key.

And it’s that broad business experience that meant when he got his Statistics role he asked Chief Statistician Liz MacPhersopn to imagine that Xero CEO Rod Drury was in charge and Statistics was about to be floated.

He asked her: “Would you be doing stuff differently.”

Of course, this was a hypothetical situation, and no one is contemplating privatising Statistics.

“The owners of all the data are the taxpayers; do they know it’s there, , can small businesses find it, is it useful, do you need a Ph.D. to dig it out.

“So they are absolutely turning that on its head.

“Statistics is now open by default as opposed to closed by default.”

And it is Statistics who supply the core data that powers the social investment programmes. This has brought the department and its work right into the centre of Government.

Foss says that most Cabinet papers dealing with the social investment programmes now have Statistics input.

The Budget Economic and Fiscal Update’s immigration projections  provided a clear demonstration of the different approaches of Treasury economists and statisticians with Treasury’s forecast of net immigration slumping to 12,500 in 2019, a figure Finance Minister Bill English described as probably unrealistic.

Foss says Treasury base their projections on long running averages.

“Over time like any economist they will be right, but you don’t know when.

“So next year they’ll just keep moving the forecast.

“But stats is actually from the data.”

And what is going to strengthen that data is the big digital disruption that is sweeping through Statistics.

“Fifteen months ago they were still calculating the consumers price index (CPI)  by going round ships with a clipboard, counting cabbages and taking that back home, filling out a form and faxing it to Wellington.

“So now they are on Ipads, and batch doing it.

“But why are we doing that?”

He says that if Statistics had access to financial transaction by EFTPOS they could generate a real-time consumer price index.

That would have enormous political implications – not least for the Reserve Bank, who base their Official Cash Rate on movements in the CPI.

It could conceivably mean a much more dynamic OCR with all the spinoffs that would have for banking and bank lending.

He says a real time index like this would provide a much accurate knowledge of “now” and this would allow more accurate forecasts.

But accuracy can also have a downside.

The wealth of data on social deprivation and dysfunctionality that is being generated for the social investment programmes carried it with political dangers.

“As this stuff comes through there will be some pretty confrontational truths and people probably need to start thinking about how they might deal with those as the data comes out but it shouldn’t preclude the ambition.”

Mr Foss is also Minister of Small Business, and he likes to apply a template to Government policies to see how they stack up for small business.

He uses a mythical Masterton plumbing business to do this.

But it’s a graphic example of his fundamental belief that high-tech Government can have real practical implications.

So for Foss, the question is not how boring is Statistics but how exciting is it going to become.