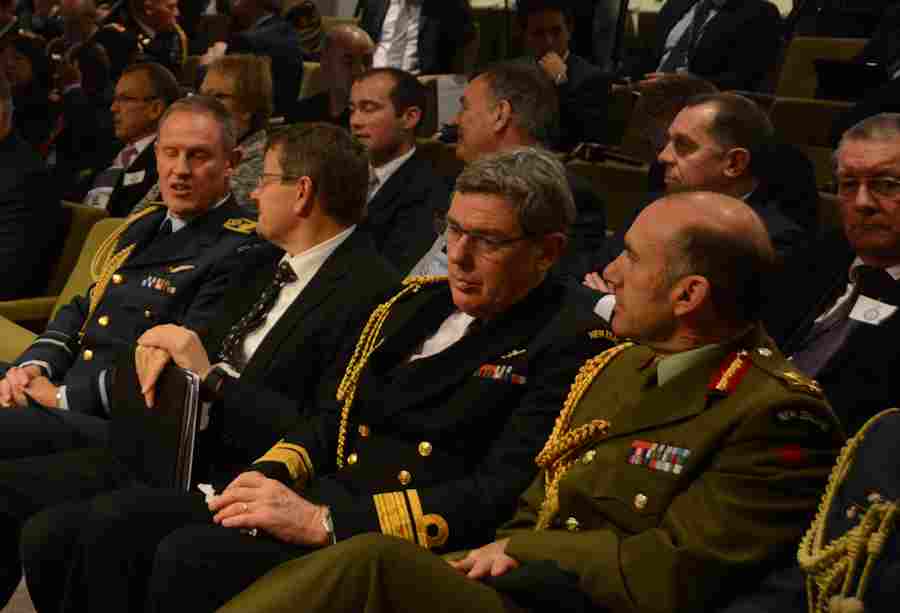 The Defence White Paper released yesterday is by the ordinary standards of past papers a different document.

It describes a region, which in the words of Defence Minister Gerry Brownlee, has no good guys or bad guys.

It places a new emphasis on the southern ocean and Antarctica.

And it sets out a 15-year acquisition programme which will eventually cost over $1 billion a year.

It introduces the need to develop a cyber warfare capability.

But the document also has loud silences.

Its description of China’s role in the region is anodyne and it provides little detail of what will be purchased or when.

Those decisions must wait for a Defence Capability report which is currently being prepared.

THE REGION – CHINA, THE SOUTH PACIFIC AND  AUSTRALIA.

Speaking at the release press conference, Defence Minister Gerry Brownlee, answering questions about our relationship with both the United States and China, said: “Those sort of old types of allegiances, of a good guy and a bad guy, I don’t think they are as clear these days as they once were.

“We plot our own course.

“We have very good relations with the United States, which are improving by the day, and we welcome that.

“Equally, we have an engagement with China.”

The White Paper itself says New Zealand does not take a position on the various territorial claims in the South China Sea where China and Viet Nam have “constructed” additional acreage on disputed islands in the Sea which are also subject to claims by Brunei, Malaysia and the Philippines.

The paper goes on to say though that New Zealand opposes actions that undermine peace and erode trust.

Yesterday’s cautious language about China contrasts with that in Australia’s Defence White Paper released last February which referred to “a number of points of friction in the region in which differences between the United States and China could generate rising tensions.

“These points of friction include the East China and South China Seas, the airspace above those seas, and in the rules that govern international behaviour, particularly in the cyber and space domains.”

In response China’s Foreign Ministry said Cina was seriously concerned about and dissatisfied with the white paper’s negative statement on issues concerning the South China Sea and the development of China’s military strength.”

But even though there is a subtle difference between New Zealand and Australia over how to react to China’s role in the South China Sea, the White Paper says Australia is New Zealand’s most important bilateral partner.

“While an armed attack on Australia is unlikely in the foreseeable future, should it be subject to such an attack, New Zealand would respond immediately.”

It says for those reasons it is critical that the Defence Force maintained its ability to operate effectively with its Australian counterpart. 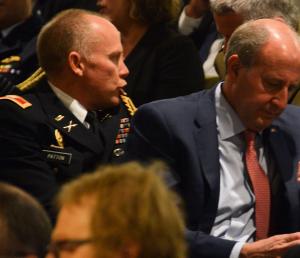 The Paper says the defence relationship with the US has “deepened” since 2010 and remains one the country’s closest.

Speaking to POLITIK after the press conference, US Ambassador Mark Gilbert said the defence relationship was in a very good place and improving.

“We’re pleased about that,” he said.

But he was non-committal on the level of funding being proposed in the White Paper.

“What I will say is that we were very pleased with the increase in spending on intelligence announced in the Budget,” he said.

While the White Paper was released political violence was taking place in Port Moresby with unconfirmed reports of spreading rioting and looting.

Papua New Guinea has been regarded within New Zealand foreign policy and defence circles as a potentially unstable source of tension within the South Pacific for some time now.

The White Paper alludes to potential instability in the region by saying that it is likely that Defence will have to deploy in the South Pacific region over the next ten years “for a response beyond humanitarian assistance and disaster relief.”

But at the press conference, Mr Brownlee was downplaying that statement.

“All we are saying is that you have to prepare for that type of eventuality,” he said.

“We hope it doesn’t happen.” 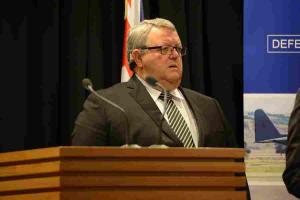 The big new addition to the overall strategic outlook is a new emphasis on the southern ocean and Antarctica.

In part, this may have been driven by the fact that Mr Brownlee comes from Christchurch which Government sources say captures about $110 million from expenditure on the Antarctic by the US and other countries each year.

The same sources say that there has been increasing US concern about New Zealand’s lack of an airlift capacity to transport people down to the ice and with that the risk that the Americans could transfer their Antarctic support base to Tasmania or Melbourne.

RNZAF aircraft can transport people back but because there are no alternative airfields once a point of no return has been passed cannot take them down.

How that is resolved will depend on decisions to purchase replacements for the Boeing 757s and Lockheed C130 transport aircraft.

But the fear that the Americans could shift their Antarctic support base from Christchurch to Australia appears to be behind a decision to propose an “ice-strengthened offshore patrol vessel”.

Such a vessel would be able to transport heavy equipment to Antarctica.

A source familiar with the thinking behind the White Paper told POLITIK that it is hoped this commitment will convince the Americans that New Zealand is serious about saying in Antarctica.

All up the defence shopping list proposed yesterday will come to $20 billion over 15 years.

That list more or less comprises all of New Zealand’s big ticket defence assets.Deferrals and simply old age mean that they have all more or less reached their use by date at the same time.

A separate defence Capability Report, which will contain more detail on procurements,  timelines and costs will be produced before the end of the year.

But the fiscal challenge is huge.

Defence this year will spend $216 million on a range of procurement and upgrade projects.

To achieve the $20 billion in 15 years, that will need to increase to over $1 billion a year.

The Prime Minister, however, was accommodating.

“Some of that can be funded through the depreciation allowance,” he said.

“But over time future budgets will have to make bigger allowances both for capital and operating (costs) for Defence’s new capability and that reflects the fact that we want to keep defence expenditure at arguably no less than one percent of GDP and probably a bit more over time.”

There is a chapter in the White Paper on “regenerating the Defence Estate” which contains references to consolidation of assets and managing them “smarter”.

But the Minister was quick to reject any idea that the Department’s extensive land holdings in Auckland could become housing as part of the government’s drive to increase house supply there.

“There will be a lot of people saying look at that defence land, why don’t we put some houses on it.

“Well, that’s not an option in my opinion.”

Journalists at the press conference were excited by the proposal for an increased cyber warfare capability.

The White Paper says advances in technology continued to enhance the ease with which knowledge was able to be transferred.

“However, increasing reliance on technology and information networks is creating new vulnerabilities.

“The threat to systems that reply on networked technologies such as the internet, industrial controls systems and global positioning satellites has increased markedly since 2010.

“New Zealand, therefore, has an interest in contributing to international cyberspace and space efforts to protect this infrastructure from being exploited or disturbed.”

Though overall the White Paper offers a different view of the strategic environment within which New Zealand is situated, and though it proposes the most extensive Defence re-equipment we have seen in over 50 years, it does not radically change the nature and structure of the Defence Forces.

And though diplomats at the press conference were hardly overly enthusiastic about it, the Government will be hoping that the White paper will be seen (by the Australians and Americans)  as a declaration of intent that we are serious about defence though at the same time seen by the Chinese as  not as confrontational as the Australians.