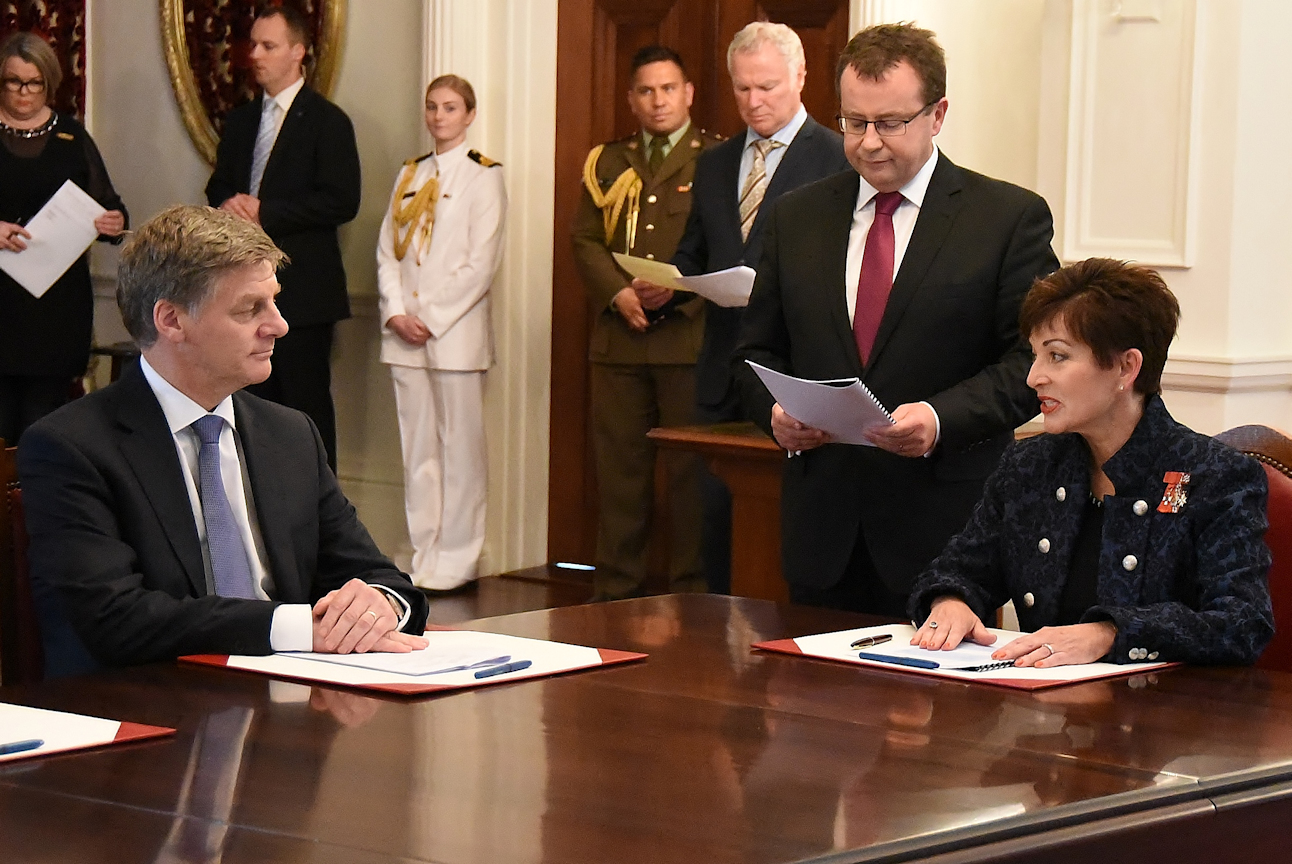 The new British Government is relying on New Zealand advice to form its new Government.

That advice is based on our experience with MMP in forming multi-party minority Governments.

It is looking at New Zealand’s “confidence and supply” agreements as a way of pulling this Government together.

Britain is now trying to form a minority Government with the Conservatives and Democratic Unionist Party from Northern Ireland.

New Zealand codified the procedures it used to form these Governments in its Cabinet Manual.

And in a coals-to-Newcastle deal in 2010, Britain not only sent its then Cabinet Secretary, Sir Gus O’Donnell to learn how we did things but ultimately imported the New Zealand manual and adapted it to form Britain’s first Cabinet Manual.

Sir Gus told a House of Commons Select Committee in 2011 that “although we would like to take the credit, this was not a new idea.

“A Cabinet Manual has been an important part of government operation in New Zealand for some years.”

The Manual is not part of the constitution but rather, as Prime Minister Bill English said at a function last week to launch the latest edition, it is a creature of the Cabinet.

“Cabinet is not a creature of the manual,” he said.

Instead, it is a practical guide to forming Governments

One source, involved in the production of the manual, said it was the record of the experience of the Clark and Key Governments in forming Governments.

And because New Zealand with its introduction of MMP has had to deal with various permutations of multi-party Governments, the country is now recognised as a constitutional innovator among countries who use the Westminster system.

Cabinet Secretary, Michael Webster, told POLITIK the manual was a “taonga” of our political machinery and that it was widely admired by countries with a similar system.

The heart of the manual builds on the convention first enunciated by then Governor General, Sir Michael Hardie Boys, in 1996, that the process of forming a Government after an election was for the politicians and that he would rely on public statements by the party leaders to determine who had the numbers to form a Government and who he should, therefore, invite to form a Government.

The British manual has to deal with the role of the Queen in the formation of a Government and the myth that she “selects” a Prime Minister.

The British manual says: “In modern times the convention has been that the Sovereign should not be drawn into party politics, and if there is doubt it is the responsibility of those involved in the political process, and in particular the parties represented in Parliament, to seek to determine and communicate clearly to the Sovereign who is best placed to be able to command the confidence of the House of Commons.”

In other words, the convention is the same as New Zealand; the Queen plays no political role in the formation of a Government

It is the role of the Queen (or the Governor General) to wait for public statements from the political leaders saying where their support on a motion of confidence would go.

New Zealand has also developed a constitutional convention that allows political parties to abstain on votes of confidence in a Government.

This may be important after the next election if NZ First elects (as it has promised in the past) to remain on the cross benches rather than join a Government.

Speaking at a dinner for the Press Gallery in 2013, the-then Governor General, Sir Jerry Mataparae said: “A confidence vote, like all questions put to the House, is decided by a simple majority of votes cast.

“A party may state publicly and unambiguously that it will not provide support on matters of confidence to any other party or grouping of parties, and that it will instead abstain on confidence votes and vote on legislation case by case.

“Whatever that party’s motives, its abstention is constitutionally significant, because it reduces the number of votes another party or grouping of parties will need to win confidence votes and command the confidence of the House.”

There is also a myth that multi-party Governments must be bound together as coalitions.

In essence, a coalition is a merger for the duration of the Government of two political parties.

This is what the Greens and Labour appear to be proposing.

But what has been more common in New Zealand has been so-called “supply and confidence” agreements.

Parties who enter into them in New Zealand are generally called “supporting parties”, but they are largely a New Zealand invention.

Currently, the Maori Party, ACT and United Future have these and are thus bound to vote only for the Government’s Budget and on confidence matters.

Otherwise, they are free to vote as they wish.

This is the kind of deal that British Prime Minister Theresa May is doing with the Democratic Unionist Party.

Members of may also be appointed Ministers outside Cabinet and are not therefore bound by Cabinet Collective Responsibility to support every move the Government makes.

Thus Peter Dunne has been able to oppose the Government on its Resource Management Act changes even though he remained a Minister.

It is an irony that New Zealand should be advising “the mother of all Parliaments” on how to conduct itself, but it is a matter for quiet pride among some of the Beehive’s most anonymous civil servants that their otherwise dry work should receive such international acclaim.

Reminding us that NZ First has a mind of its own

Simon: That’s not what English, Joyce and even Collins said.