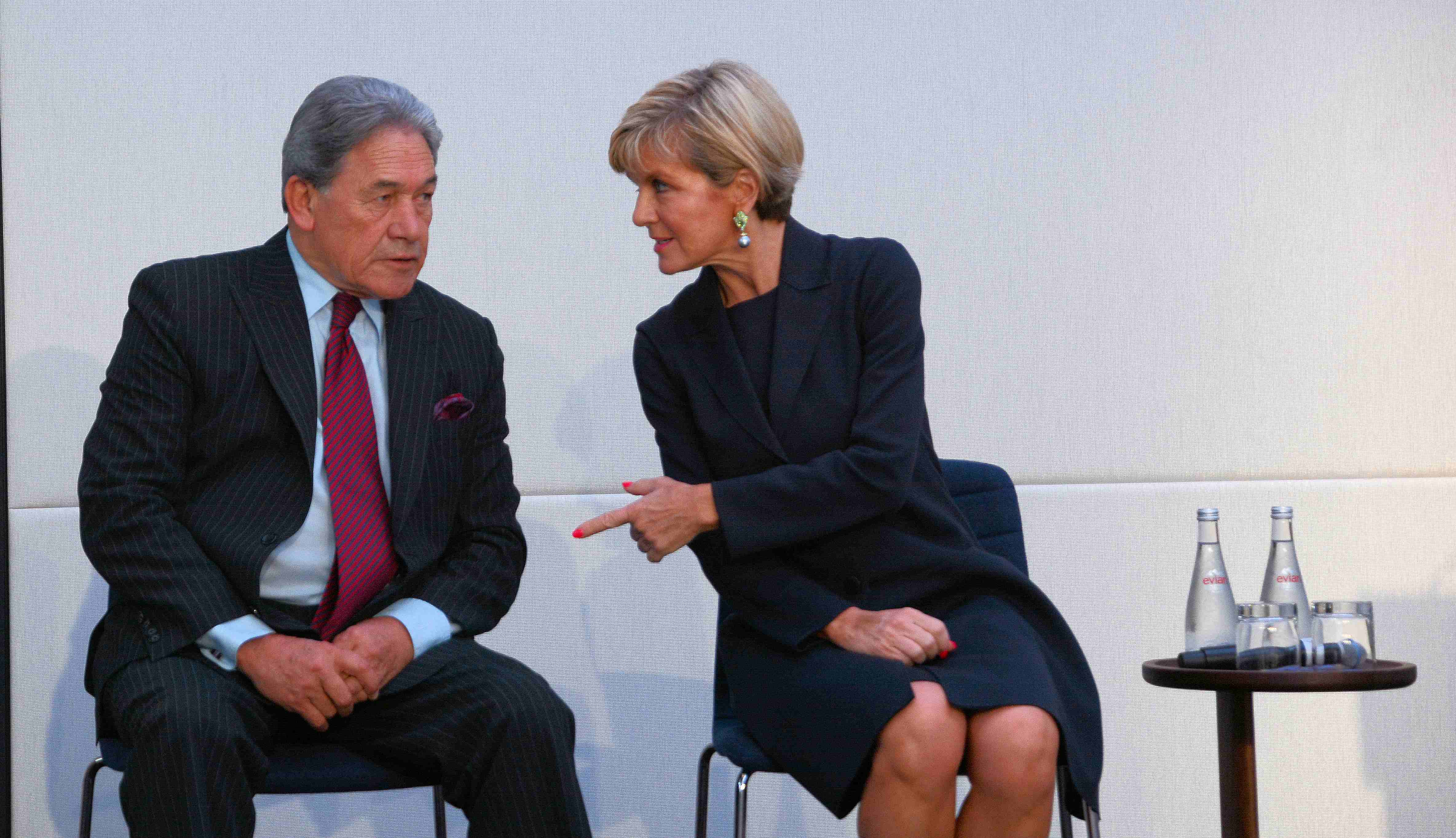 Foreign Minister Winston Peters with an off the cuff comment at a Sydney Think Tank last Thursday has raised questions on both sides of the Tasman about whether the new New Zealand Government is changing its stance on China.

The prevailing view within the New Zealand Government up till now has been that New Zealand was able to take up what Bill English called a “truly independent” position between China and the US because both countries were close friends.

Indeed, POLITIK has learned that the New Zealand relationship with China has been so close that China voted for New Zealand to go on to the United Nations Security Council in 2013.

The New Zealand foreign policy establishment has often boasted about the country’s unique relationship with China and its so-called “four firsts”.

And in a way, there is a fifth waiting in the wings because New Zealand is the only “Five Eyes” partner to sign up to China’s massive “Belt and Road” infrastructure development scheme to link Asia and Europe.

But on Thursday night Peters raised a real question about whether New Zealand would maintain its support for the “Belt and Road”.

And in an interview with POLITIK he has confirmed that the Government is “studying” its support for Belt and Road.

“I do regret the speed with which the previous Government signed up,” he told a Lowy Institute audience on Sydney on Thursday night.

“They couldn’t have known with any great depth what it all meant.

“I do not feel that we should be bound because the previous Government signed up to something.”

That sent officials on both sides of the Tasman asking whether Peters was suggesting that New Zealand would withdraw its support thereby placing New Zealand’s trading relationship at risk.

Stephen Jacobi, the executive director of the New Zealand China Council, told POLITIK that politics played a part in any trading relationship that China had.

Other sources pointed out that “Belt and Road” was China President Xi’s “pet project.”

Tne next morning, Peters, appeared to walk his comments from the night before back a step.

“On reflection, as we have been studying its (the Belt and Road) componentry we would have wished that more preparation and work had gone into it,” he said.

But he denied that he was suggesting New Zealand might not be bound by the agreement.

“On reflection, I wished that far more work and planning and forethought had gone into it before the previous Government signed up,” he told POLITIK.

But it left a perception in Australia that the new Government in New Zealand may be rethinking its China policy.

Dr Euan Graham, the director of International Security at the Lowy Institute, told POLITIK that when he heard Peters’ speech he thought there was a general concern about geo-political trends in the Pacific where New Zealand and Australia faced an external rival (China) and were losing some of their traditional influence in the region.

“But when the Foreign Minister was asked about the Belt and Road initiative I was struck that he actually volunteered that he felt that the previous Government had moved too quickly to sign on.

“So that does look to me not just something off the cuff but that there may be something more substantive behind that.

“And in the wider context we some countries from Europe and  Asia and the United States raising some hard questions about Belt and Road and the beginning of some pushback.” 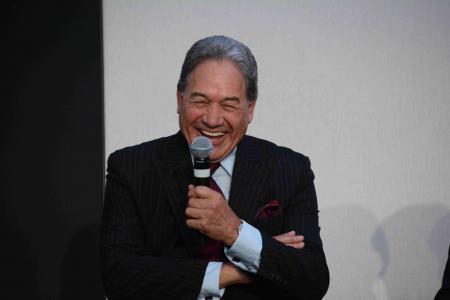 Asjed to clarify the New Zealand position, in the light of Peters’ comments, the Prime Minister Jacinda Ardern was equivocal

“All we’ve signed up to is a commitment to work together, and within that, it’s really up to us to determine what that work programme and agenda looks like going forward,” she told POLITIK.

“And we are making sure we include New Zealand’s interests in that as we go.”

But there were other hints that NewZealand might be treading more carefully with the China relationship.

There is undoubtedly pressure on New Zealand from the Turnbull Government over its promotion of what it calls an “Indo Pacific” grouping which includes Japan, the United States, Australia and India — deliberately leaving out China and interpreted in Beijing as an attempt to contain China’s influence in the region.

New Zealand carefully avoids using the phrase “Indo Pacific” and instead talks about the “Asia Pacific” which makes room for China.

Peters says that  the Indo Pacific grouping is an emerging group of countries who desire to work with each other but its future shape is not yet known however it would be naïve to think that its intention to act as a counterbalance to China is not an element within it.

Australia’s Foreign Minister Julie Bishop told POLITIK that the long-term goal of the Indo Pacific group was to ensure “peace and prosperity in our region which we define as the Indian Ocean, Asia-Pacific”.

“It’s not directed at any one country; it’s a reality.”

So is New Zealand on board.

“Well, New Zealand is part of the Indo Pacific in terms of our definition.

“It’s a matter for New Zealand whether they describe the region as the Indo Pacific.

“New Zealand is, of course, a Pacific nation but Australia has a west coast that borders the Indian Ocean.”

It would be easy to over state the meaning of Peters words on China and it is still difficult to know how much of what he says is actually Government policy but the combination of the obvious desire by Australia for New Zealand to support its more sceptical approach to China and Peters’ own reservations about the Belt and Road suggest that there may be a subtle movement by New Zealand in its China policy.

Ironically he made his comments on the same day that “The Australian” newspaper headlined its front page with a story saying that China was putting Australia into a diplomatic deep freeze because of its new laws against political interference by other countries (aimed at China) and its naval challenges to disputed Chinese claims in the South China Sea.

Plainly Peters’ comments are not on that scale. But it i an indication how China tends to retaliate when it considers its interests are threatened.

New Zealand is currently renegotiating its free trade agreement with China. Diplomats will worry that any ruffling of the relations at this time could provoke a retaliation from Beijing which could possibly have serious economic consequences.