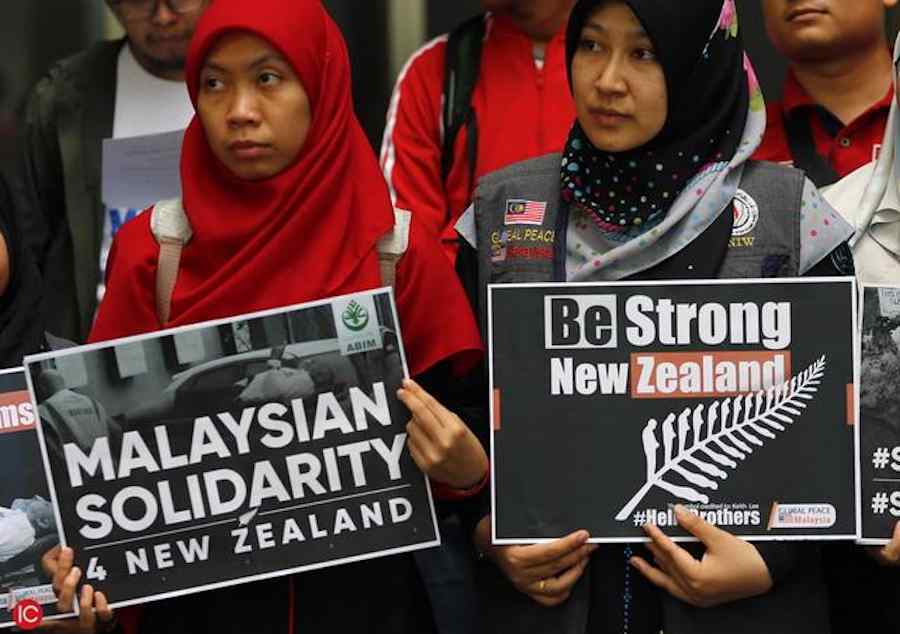 Foreign Minister Winston Peters yesterday got a top-level reception on his one day visit to Kuala Lumpur.

He told POLITIK last night that he had met with the Deputy Prime Minister, Datuk Seri Wan Azizah Wan Ismail; the Foreign Minister, Minister of Foreign Affairs Dato’ Saifuddin Abdullah, and the man widely tipped to be the country’s next Prime Minister,  Dato’ Seri Anwar Ibrahim.

Already a week ago there had been a demonstration of support at the country’s High Commission in Kuala Lumpur for New Zealand from a group of Malaysians.

Peters’ visit is part of a widespread outreach by New Zealand to the Muslim world in the wake of the Christchurch massacre which will see some top-level delegations from Muslim countries come to Christchurch for the memorial service on Friday.

POLITIK understands that Saudi Arabia, Pakistan and Bangladesh will all be sending Foreign Ministers and Indonesia and Malaysia will also have top-level representation.

Peters said he expected there would be some high-level representation from the Muslim world.

What is significant about this is that the countries appear not to be blaming New Zealand for the shootings.

Malaysia’s Minister in the Prime Minister’s Department in charge of religious affairs Datuk Seri Dr Mujahid Yusof told a press conference two days ago that the shooting in Christchurch had opened the doors to people understanding Islam.

The relationship with the Muslim world got off to a shaky start with the arrival on the Sunday immediately after the massacre of a delegation of 50 from Turkey.

POLITIK understands that they came despite reservations of agencies here about the ability to provide security for such a group at a time when there were still concerns about a copycat repeat of the Christchurch killing or even a retaliatory strike by Muslim extremists.

Peters said the response in Malaysia had been everything that he had been led to expect in terms of their understanding and support for New Zealand.

Perhaps surprisingly, given New Zealand First’s past, Peters believes that the response to the shootings had brought New Zealand closer to an understanding of the Muslim world and its concern about extremism whatever its shape and form might be.

“I don’t think we have quite grasped in the past, as we should have, that they are concerned about extremism, Pakistan, Indonesia or for that matter Turkey.”

Peters said that many countries around the world had been seriously amazed and appreciative that we saw beyond the violence.

However, the Foreign Minister is wary of any suggestion that New Zealand might take some sort of leadership position about multiculturalism and combatting extremism.

“The last thing that anybody wants to do is see some political opportunity out of this disaster,” he said.

“We need to put the needs of the victims first which we have comprehensively done.”

Peters was choosing his words carefully which would seem to fit in with what POLITIK understands has been a general instruction to Government Ministers to be careful what they say over this period.

In the background, it would seem the investigation into the shooter may be uncovering some ugly truths.

The minister responsible for the two security agencies, Andrew Little, told RNZ’s “Morning Report” he had given authority to spy agencies to do “intrusive” activities under warrant.

“I’ve signed warrants [since the attacks] … I’m not sure I’m at liberty to disclose the number. We typically have between 30 to 40 people under surveillance. That number will be bigger now.”

Meanwhile, the possibility that the Christchurch gunman donated a four-figure sum to an Austrian far-right party continues to have repercussions with the country’s Chancellor, Sebastian Kurz, is reported by the Austrian Press Agency to be examining the “dissolution” of the Identitarian  Party.

Kurz said the country’s Ministry of the Interior was examining whether there were further contacts between the gunman and Austrian citizens.

The Austrian investigation opens up the possibility that the Christchurch gunman’s travels in late 2018 to Austria, Hungary, Roumania and Bulgaria were to meet with far-right parties in those countries.

Bulgaria, in particular, has been a focus for far right, neo-Nazi activity.

Those international connections explain why there are now believed to be 22 FBI officers in New Zealand and at least another ten from the Australian Secret Intelligence Organisation.