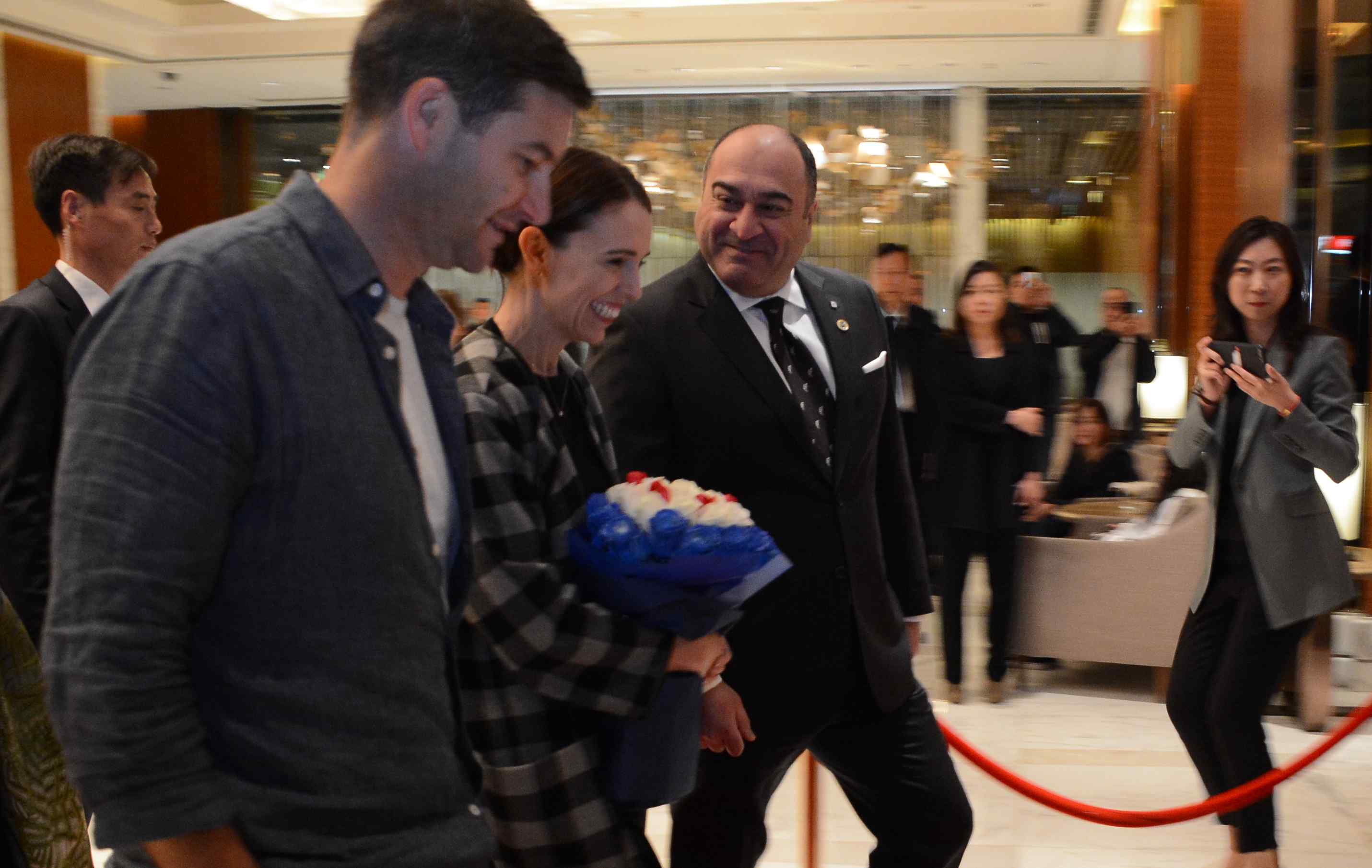 Prime Minister Jacinda Ardern arrived in Beijing early this morning (NZ time) for what is the most critical foreign trip she has done in her time in office.

She is the first New Zealand Prime Minister to come to Beijing since John Key in 2016.

Over that time China has changed and New Zealand’s relationship with it.

And over the past fortnight, since the Christchurch massacre, Ardern too has changed.

A simple measure of that is that international media interest in her visit is reported to be intense.

Ardern is now a world figure, a leader with a unique profile as a champion of peace, tolerance and compassion.

Today she will go head to head with the ultra-realists who run China.

There will be no big announcements. The much-vaunted upgrade of the Free Trade Agreement remains stalled as does the approval (or otherwise) of Huawei playing a role in Spark’s 5G network.

Rather, this would seem to be a visit that may clear up some misunderstandings and clarify the way the relationship with China will move from here.

Described by Forbes magazine as currently the most powerful and influential leader in the world, President Xi has consolidated his power, particularly through the abolition last year of Presidential term limits.

He is the leader of a more assertive and nationalistic China.

A New Zealand Minister recently in Hong Kong noted that more business meetings there were now beginning with a playing of the Chinese national anthem.

The current international flashpoint over China’s re-appearing nationalism is its territorial claims in the South China Sea.

The claims are not new but are contested by a host of South East Asian nations and Japan.

The United States, supported by Australia, has run air and naval patrols in the sea to affirm international navigation rights.

As Robert Ayson, Professor of Strategic Studies at the Victoria University of Wellington has pointed out; the previous National Government scrupulously avoided supporting or criticising any particular claim to islands in the South China Sea.

“While New Zealand does not take a position on the various territorial claims in the South China Sea we have consistently stated that the differing interests in the region should be managed peacefully and in accordance with international law,” then-Foreign Minister Murray McCully said in 2016.

It was delicate diplomacy like that which gave rise to the argument that New Zealand had a “special relationship” with China.

President Obama is said by staff from the office of former Prime Minister John Key, to have routinely greeted him on the golf course by asking “how are your Chinese mates.”

New Zealand’s position on the South China Sea infuriated both Australia and the United States, and though New Zealand did occasionally position an Orion aircraft in the region to patrol the sea, it described the deployment as a “training exercise”.

That all changed though with the publication New Zealand last July of a new Defence Policy Statement which said: “China’s growing military capabilities raise the costs of any potential intervention against its interests and include stronger expeditionary capabilities.”

“China has expanded its military and coastguard presence in disputed areas of maritime Asia.

“It has determined  not to engage with an  international tribunal  ruling on the status of sovereignty claims.”

What is said to have made matters worse was the formality of the document.

China’s dipomats in Wellington well understood that it had gone through the Ministries of Defence and Foreign Affairs and Trade as well as having been signed off by Cabinet.

New Zealand officials have conceded that the statement caused problems in the relationship with China.

In a pre-trip briefing for journalists last Thursday, Ardern appeared to moderate the statement from the Policy Review by removing the direct accusations directed at China and moving back towards the McCully position.

“Our position there (on the South China Sea) has remained absolutely consistent,” she said.

“We want to see all territorial issues in the region resolved peacefully and in accordance with international law.

“That has been our consistent position, and it certainly won’t change.”

The other irritant was the sudden announcement last November that the GCSB was not willing to approve Huawei’s participation in Spark’s development of a 5G network.

Ardern has been emphatic that this, under New Zealand legislation, was a decision for the GCSB and was not political.

However, sources close to Spark say they have not been given a detailed technical reason for not using Huawei.

And Huawei itself announced on Friday that it was committing $US2 billion over the next five years on making its software more “trustworthy”.

The suspicion has been in China that the New Zealand decision was because of its membership of the Five Eyes anglo intelligence agreement.

There has been speculation that the decision was behind the delays in the launching of the China-New Zealand Year of Tourism and may have even been behind some of the uncertainty about whether today’s visit would happen at all.

The suggestion that New Zealand has become more entangled with the US-Australian view of the world has not been helped by some of the statements from the Foreign Minister, Winston Peters.

His direct invitation in a speech in Washington in December to the United States to become more involved in the Pacific seemed to suggest New Zealand was leaning away from its traditional independent foreign policy towards a more pro-American line.

She says she has been consistent and that New Zealand maintains an independent foreign policy.

But again, a close examination of her words, suggests a subtle change in emphasis from that of Peters.

“It’s never about picking sides,” she said at the media briefing.

“it (our foreign policy) is very much about taking a principled approach that is not about the relative position of any other nation regardless of whether they are partners or allies but simply maintaining a position that responds to New Zealand’s interests and independence.”

The Government as a whole also appears to be taking a slightly different position on the Belt and Road initiative to that hinted at by Peters at the Lowy Institute in Sydney last March.

Then, Peters implied that the Government could withdraw its support for  Initiative.

“I do regret the speed with which the previous Government signed up,” he said.

“They couldn’t have known with any great depth what it all meant.

“I do not feel that we should be bound because the previous Government signed up to something.”

If Ardern opens this weekend’s edition of the “China Daily”, she will see the importance of Belt and Road to the country.

An entire page is devoted to an interview with Yang Jiechi, the PolitBureau member in charge of preparations for the second Belt and Road Forum next month.

Trade Minister David Parker will lead the delegation to this which suggests that any thought of not being bound to the agreement has disappeared.

But Ardern was careful at the media briefing to allow Peters some space.

“The challenge for us has been in the wake of the Memorandum of Arrangement being agreed by the last government actually determining between China and New Zealand what areas we expect to see in terms of co-operation.’

And, of course, the ongoing saga on the Free Trade Agreement upgrade will surface though Ardern and officials are cautioning not to expect any dramatic moves on this front.

It appears that the negotiations have stalled over Chinese demands for more access for Chinese investment in New Zealand.

This may be becoming even more relevant as NZ First expresses its opposition to the proposed Yili takeover of the Westland Co-operative Dairy Company at the same time as concern grows within the dairy industry that it might soon have an ownership structure that pits Fonterra against a series of companies, all owned by Chinese interests.

From the tone of Ardern’s briefing, it would appear that a good deal of diplomatic effort has gone into arriving at language that allows a step back from most of the recent controversies.

But one issue will be a problem for Ardern.

Over the last fortnight, she has become something of a hero of the Muslim world; a western leader who has been able to project the compassionate and peaceful side of the religion.

That is something the Chinese leadership will find difficult to accept as it continues its crackdown on what it claims are Islamic terrorists in Xinjiang Province which was described a fortnight ago by US Secretary of State Mike Pompeo, as putting China “in a league of its own when it comes to human rights violations.”

The New York Times, reporting Pompeo’s comments said: “China’s brutal campaign to strip Uighur and other Turkic minorities in the Xinjiang region of their culture, religion and identity through a network of secretive re-education camps must rank among the more outrageous continuing violations in the world.”

Asked whether she felt under an extra pressure to raise the question of the Uighurs with Xi, Ardern’s reply was terse.

“I have raised the question of Uighurs before, and I expect I will do so again.’

Ardern will be on the ground in Beijing for less than 24 hours.

Apart from her meetings with Li and Xi she will also open the new New Zealand Embassy and attend a function for the expat community in Beijing.

It is a huge opportunity for her; to translate the “soft power “ and mana she has gained out of Christchurch into a more traditional area of foreign affairs.