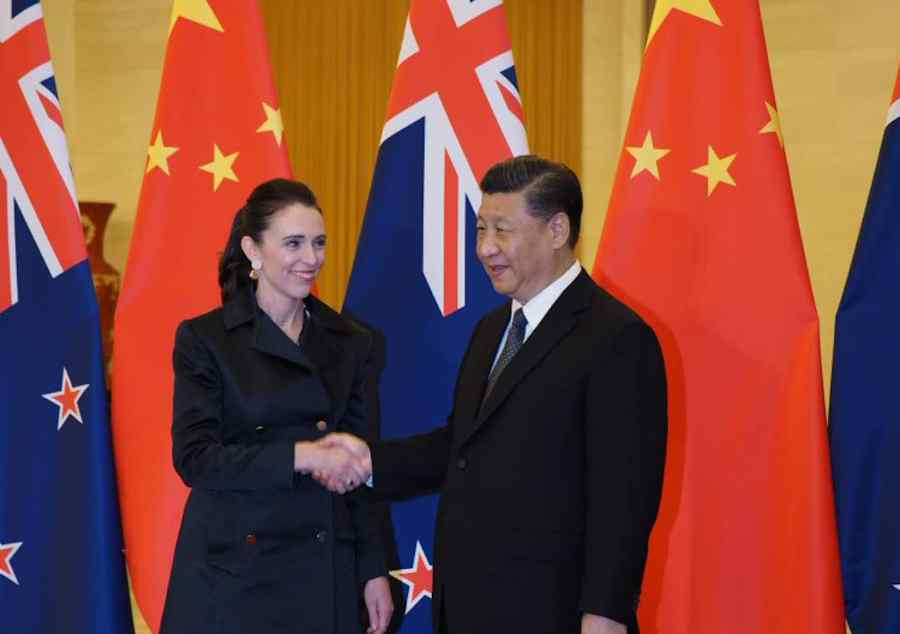 The Prime Minister left Beijing last night with the relationship with China, if not restored to its previous heights, at least with the potential to be so.

The clue to where things were at came in brief introductory comments to a meeting between President Xi Jinping and his officials and Jacinda Ardern and hers last night (NZ time).

Xi was careful to underline the history of the New Zealand China relationship.

“China sees New Zealand as a sincere friend and co-operation partner,” he said in the interpretation of his opening remarks.

“During the past 47 years of diplomatic ties, China-New Zealand relations have made extraordinary strides and have become one of the closest between China and western countries.”

To China, New Zealand has been the model western country; one that has been prepared to give tangible support when other nations have remained sceptical.

The importance of the relationship was underlined yesterday when Ardern opened the new New Zealand Embassy, our largest overseas post with over 100 seconded and local staff.

But what complicates things is that though New Zealand recognised China as a market economy, it is still an economy in which the state has considerable power.

Thus any disturbance to the political relationship always has the potential to have potentially disastrous economic implications. 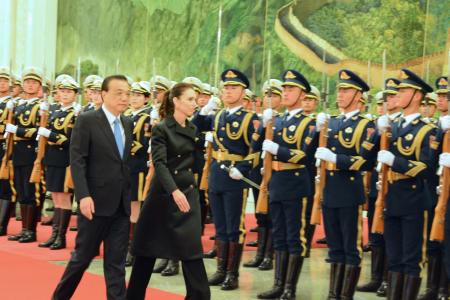 And Xi had a subtly worded warning for New Zealand on this.

“Our two sides must trust each other to pursue mutual benefits and strive to open up new ground in our bilateral relations.”

What he appeared to be saying is what many China watchers have said; that the China-New Zealand relationship stuttered after the election of the Ardern Government.

There were the comments about the South China Sea in the Defence Policy Statement;  the reluctance  of Foreign Minister Winston Peters to include China in his Pacific reset; the naming by the GCSB in December of China’s Ministry of State Security as being responsible for cyber attacks on New Zealand organisations and the refusal also by the GCSB to approve Huawei as suppliers of critical equipment for Spark’s 5G network upgrade.

New Zealand must have appeared to Chinese eyes to be drifting away from being a close friend to becoming just another western country.

There were gentle reminders of that while Ardern was in Beijing; there were no joint press conferences with either the Premier and the President which foreign journalists said China usually agrees to with particular friends.

But the fact that the meetings took place at all must be seen by Wellington as positive.

Australian Prime Minister Scott Morrison has been singularly unsuccessful in achieving the same thing, and Australian media in Beijing say that they as well as their diplomats and business people are finding it difficult to access Chinese Government officials.

Certainly, Ardern was pleased with the result.

At a press conference after her meeting with the President, she acknowledged that there had been “differences”.

“I think what’s important and certainly one of my takeaways was that the differences between us certainly should not and will not define the relationship,” she said.

“Our relationship has too long too great and history and has a layer of depth to it.

“That means that I don’t think it should be just defined by those differences.”

Given her own passion on climate change, it was clear she was pleased that an agreement had been signed between China and New Zealand to encourage co-operation at both the policy and pragmatic levels to combat climate change.

“I think it was of interest because Premier Li in particular made mention of the fact that there are not many climate change agreements that China has signed,” she said. 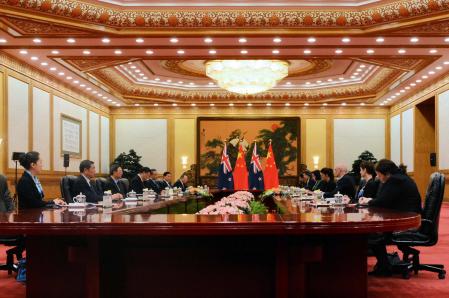 And then there were the areas where she was clearly on the back foot; most notably Huawei.

The GCSB decision to not approve Huawei’s involvement in Spark’s 5G rollout caught everyone, particularly China, by surprise.

China is fighting the Five Eyes partners over Huawei. The stakes are huge. If Huawei cannot get acceptance in the European market then becaue it is already effectively banned in the US, Canada and Australia it could be doomed to being an Asian telecom supplier and not much more.

This is  a critical political issue for China and Chinese media have been vocal in their condemnation of what they argue is an anglo Five Eyes conspiracy to put Huawei out of business.

New Zealand, of course, is a Five Eyes partner.

She said it was she who raised the Huawei issue in the talks.

“ I think it was a helpful opportunity for us to have a conversation in which the starting point was just simply how New Zealand’s process works and at what point we are in the process,” she said.

Whenever Huawei is raised at her frequent media standups, she repeats a sort of mantra that the decision is for the GCSB alone under the Telecommunications Interceptions and Capability legislation.

This, however, glosses over the opportunity that the GCSB has under the legislation to refer the decision to their Minister (Andrew Little) which means that the whole issue has the potential to become political.

What has already been political has been the upgrade of the Free Trade Agreement which, because it was the first, has been eclipsed in recent years by agreements with other countries that China has signed.

Ardern said it was discussed in both her meetings.

“The language was very much around hastening the work in speeding up those negotiations.

“Now that was language that I’ve welcomed, and that will be encouraging to our business community in particular.

“ China sees the upgrade of our free trade agreement as a way of demonstrating the importance of multilateral agreements and trade based rules-based order and so that I think is  good grounds for us to continue those negotiations and move  forward with confidence given the language that was used today.”

But though Ardern said she expected the talks to focus on goods, services and red tape, there are still sticking points. 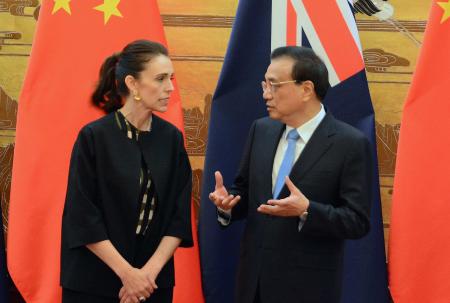 China is said to be wanting more access for investment in New Zealand. That will be difficult for the current coalition government to agree to.

Asked about it at her press conference, her reply was opaque.

“I don’t want to get into too many of the specifics, but I do think it’s encouraging that we had the language we had today around speeding up those negotiations.”

Meanwhile, the government is trying to drum up business support for the trip planned by Trade Minister David Parker to  China’s Belt and Road Forum in Beijing next month.

Though no one will say so explicitly, it is beginning to look as though, despite the reservations of Foreign Minister, Winston Peters, the government is now looking to consolidate its support for the Belt and Road initiative which is a particular project of President Xi.

“One of the things I’d like to see concluded is the areas where we can collaborate,” she said.

“This is an opportunity for international collaboration and cooperation, and for us, it’s about making sure that those areas of cooperation are in New Zealand’s best interests. “

Ardern’s trip to Beijing was cut drastically short by the Christchurch shootings, and in her two sets of introductory comments at the Great Hall of the People meetings, the shootings were acknowledged.

Xi made a particular reference to appreciating her coming to visit at a time when “unusual” events had happened in New Zealand.

But while  Christchurch has made Ardern a hero of the Muslim world, President Xi is most certainly not held in any regard by Muslims because of what they allege is the persecution of the Muslim Uighur people of China’s Xinjiang province.

Ardern’s response to questions about the Uighurs is generally terse.

She simply says she has talked about them and will continue to do so.

And she talked about them yesterday.

“I absolutely acknowledge the human rights issues exist for the uighur people and generally in the province as well,” she said.

“And that’s something obviously that we have raised during this visit.”

All up, Ardern spent just over 24 hours in Beijing — around 15 of them in meetings, media interviews or last night speaking at a function for New Zealanders in the city. It has been an intense day but in terms of New Zealand’s foreign relations a vitally important one.