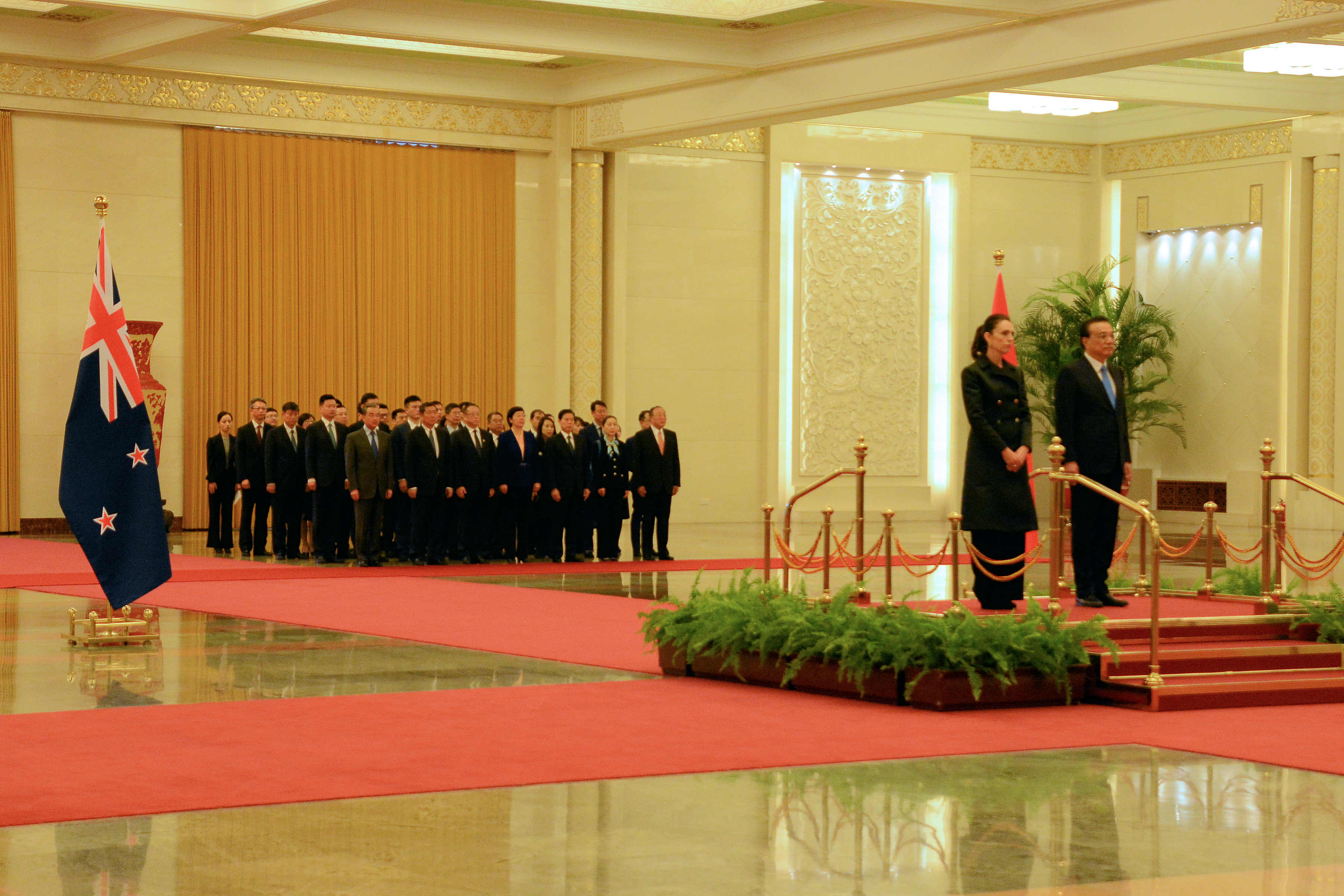 The Prime Minister’s trip last week to China appears to have achieved one of its key objectives.

An editorial in an official Chinese newspaper, in Mandarin, has differentiated between Australia and New Zealand when it comes to relations with China.

But it warns that future relations are going to depend on whether New Zealand agrees to allow Huawei to participate in Spark’s 5G rollout.

The Defence statement along with changed wording over the South China Sea in last July’s Defence Policy statement, there has been a fear among those here who deal with or watch China that New Zealand would begin to be lumped in with Australia in Beijing’s thinking.

There was a fear among senior officials that Foreign Minister Winston Peters was getting too close to then Australian Foreign Minister, Julie Bishop, and was buying into Australia’s more confrontational approach to China.

Even so, the Prime Minister has resisted any suggestion that the language she used in China represented a step back from the Policy Statement.

“I simply highlighted New Zealand’s expectation that all those parties involved and the issue abide by international law and laws of the sea and New Zealand has been utterly consistent in that regard,” she told media after her meeting last week with President Xi Jinping.

Asked if that was slightly different to what was in the Defence Policy statement — which said some of China’s actions challenged the existing order—.Arden simply replied, “No.”

But an editorial headed “Treat Australia and New Zealand differently, let the world better understand China” was published yesterday in Mandarin in the state-owned  “Global Times”.

POLITIK has obtained a translation of the editorial.

It says New Zealand –China relations “which were not so harmonious over the past year” have undoubtedly changed with Jacinda Ardern’s visit to China.

“It is particularly worth noting that China emphasised cooperation to create a fair, equitable and non-discriminatory business environment for investment between the two countries,” it said.

“New Zealand said it welcomes investment by Chinese companies, and that it would not discriminate against any company from any country.”

The editorial said New Zealand had been under great pressure from both the United States and Australia over Huawei but said Ardern had emphasised in Beijing that New Zealand had not made a final decision on whether it should be banned from participation in Spark’s 5G network.

“China has to treat New Zealand and Australia differently, and will concentrate more pressure on Australia,” it said.

“Australia sees itself as a middle-sized power and a large country in its region.

“ It intends to use the support of the US to achieve greater geopolitical ambitions.

“Therefore, it is the most prominent among Western countries on the China issue.

“New Zealand is a country that places greater emphasis on its economic interests. “

But the editorial presents a warning to the Ardern government.

“But repairing New Zealand’s position on China depends not only on what Prime Minister Ardern says but also on what her government actually does.

“The New Zealand government’s final attitude toward Huawei can be seen as a litmus test for its promise not to discriminate against PRC  (Chinese) companies.”

The editorial almost sympathises with New Zealand’s plight, being stuck between the US (and Australia) and China.

“As a small island country in the South Pacific, New Zealand is naturally insecure, and that makes it difficult to give up the protection of the US and Australia.

“But its real dilemma is the hijacking of its largest trading relationship by the US and Australia.

And that is what many officials regard as central to China’s relationship with New Zealand; that it seeks to prise New Zealand away fro many residual desire to be part of the ANZUS relationship. (Which New Zealand formally abandoned in 1985)

But the new emphasis on the Five Eyes intelligence partnership must suggest to China that we have simply found a western substitute for ANZUS.

But the editorial suggests that China can see advantages in continuing to try and keep New Zealand on side.

“China must be clear that we cannot be as objectively friendly with every country, and differences will always exist,” it said.

“China must use far distant Oceania as a place to test and demonstrate its foreign relations.

“As a big country, China has both principles and a bottom line.

“Treating Australia and New Zealand differently will have a positive effect on consolidating China’s prestige and soft power.”

These past four weeks will be seen as having been critical in this Prime Ministership.

Not only has she attracted international acclaim for the way she managed Christchurch but now the apparent success of her trip to Beijing shows she can foot it in a tough bilateral international environment.

It is clear that the political strategy now is to build on the authority she has accumulated from Christchurch with her campaign to regulate social media.

POLITIK has learned that the Ministry of Foreign Affairs and Trade has already had officials go to the United States to scope the issues there.

These have been four defining weeks for Ardern.