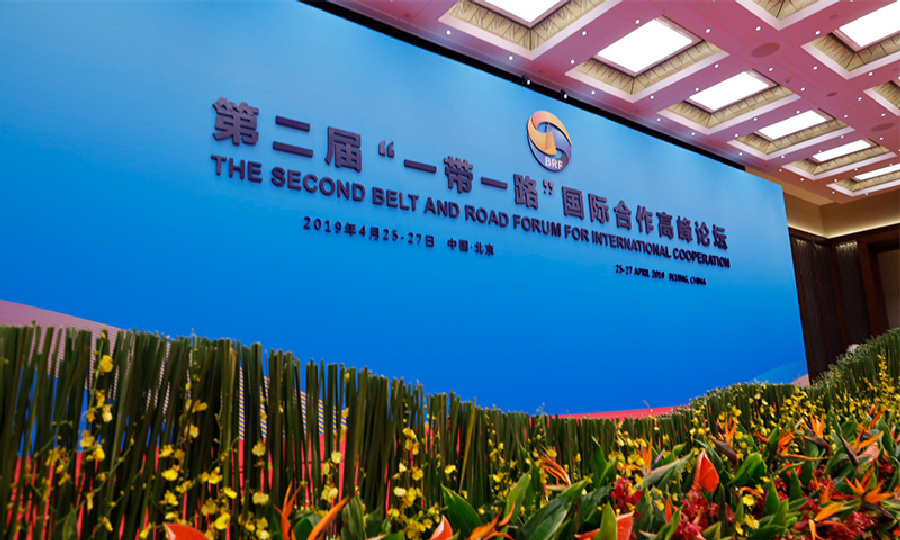 The Government’s support for China’s Belt and Road initiative detailed last night in a TV interview with Trade Minister David Parker gives a hint that Foreign Minister Winston Peters may have been marginalised over the country’s relationship with China.

(Belt and Road Is a massive infrastructure and now economic strategy to link the Asia-Pacific with Europe.)

Peters long-time scepticism about China has plainly been getting in the way of the Government’s broader foreign policy and trade aims which require a positive relationship with Beijing.

The Government has now clearly committed to supporting China’s Belt and Road in part, “because it is important to China.”

In a way that should not be news.

But because of the reluctance of the Foreign Minister, Winston Peters, to say he supported it, the Prime Minister now appears to be leading policy in the relationship with China, and it suggests Peters has been sidelined.

Ardern has been quite clear in her views on Belt and Road.

On February 13,  Simon Bridges, speaking in Parliament, said the Prime Minister had  told  a function they both attended that “she fully supported the Belt and Road Initiative,”

But speaking last year at the Lowy Institute in Sydney Peters had said that he didn’t think New Zealand should be bound by the previous Government’s support for Belt and Road.

Then, this February,  a week after Ardern had confirmed her support, Peters was asked in Parliament whether he supported Belt and Road and he obfuscated.

He said he had asked Chinese Foreign Minister Wang Yi for more detail on the proposal.

And then he said, “What we’ve got, in fact, is the possibility of  detail and understanding that we need to have to see whether or not this is a future arrangement that benefits ourselves and China.”

So though Ardern had said she fully supported the proposal, Peters was not prepared to l say whether he supported it at all. In fact, he suggested no final decision had been made.

But Arden is adamant the Government has always supported it,

Asked yesterday   at her weekly press conference  if she was happy with it now, she said: “We’ve always had a memorandum of arrangement on it; so we’ve always pursued it; why else would we send a Minister.”

All of this might not matter much were it not for one additional fact.

There has been speculation among foreign affairs observers and diplomats in Wellington, that by backing Belt and Road,  the Government might improve its relationship with China which has been under stress because of various comments from Peters and the possibility that Huawei might be shut out of Spark’s 5G upgrade,

Parker last night indicated that it was a desire to maintain the historically good relationship with China that was a big motivation in agreeing to support Belt and Road.

“It’s another way to deepen our relationship with China,” he said.

“The Belt and Road is very important to the Chinese government.

“We’ve had a number of firsts with China including free trade agreement recognition of them as a market economy, and they value the relationship with New Zealand.

“It’s a really important trading relationship to New Zealand you’ve got you’ve got to keep it alive.”

Peters has been away in  Scandinavia, and it appears that possibly as a consequence of that he may not have been briefed on Parker’s trip to Beijing.

Parker appeared to confirm that in the “Q+A” interview.

Asked what peters made of the plans he had talked about, Parker said: “Well I think Winston Peters has said that we try to find meaningful trade relationships with countries. But he’s been wanting to find out what it really means. “

What Parker did confirm was that Belt and Road has now moved on beyond being simply an infrastructure financing and building strategy.

“We are edging closer to being able to put some form around a memorandum of agreement to report to the Deputy Prime Minister and myself which will  include things like the ease of doing business where we rank highly;  practice around transparency perhaps;  how can we help green the Belt and Road which is something that the Chinese government say they want to achieve in 10 or 15 years once some of these projects have begun and have been initiated. “

Which sounds like New Zealand might be involved in some sort of advisory or governance role as it was during the founding stages of the Asian Infrastructure Investment Bank.

That would be consistent with what appears to be a long-standing New Zealand policy of trying to be the first western nation to support or join Chinese initiatives. And with that a consistent policy of “not picking sides”.

“When you’re dealing with superpowers as we do trying to sort of chart a course between more than one superpower, there are always moving currents, and if you don’t move forward the tide takes you backwards,” Parker said.

“I think there is a depth to the New Zealand relationship here with China that means that we can at times disagree.

“You can disagree with friends without losing your underlying relationship. “

Parker and Ardern’s firm statements on Belt and Road are obviously intended to be heard loud and clear in Beijing — but they won’t be able to be ignored any longer in NZ First’s offices in Bowen House either.