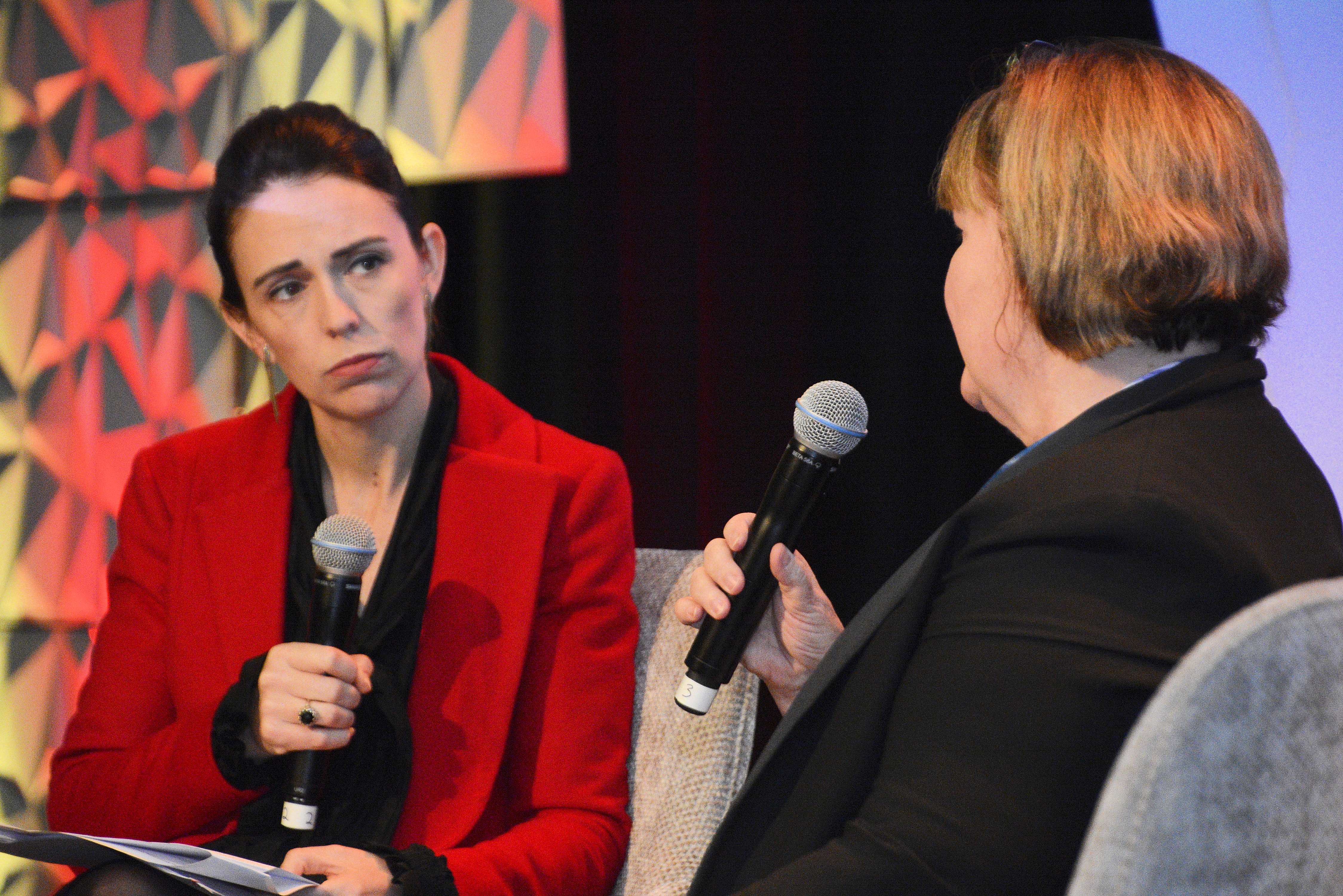 The Prime Minister made it clear yesterday; that she runs foreign policy.

She had been asked by Fran O’Sullivan,  the chair of the China Business Summit in Auckland, who was in charge of foreign policy.

“Of course we have multiple players who play an incredibly important role in our foreign policy,” she said.

“You will hear from our Minister for Trade and Export growth just how critical his role is and of course the Minister of Foreign Affairs and Trade but ultimately the convention has been and always will be that the Prime Minister is the office that ultimately leads foreign policy direction in any government.”

And what was clear yesterday was that the Prime Minister is determined to get the China relationship back on to the productive track it was on with the last government and before her Foreign Minister, Winston Peters, started to raise doubts about it.

Most notable was her enthusiasm and that of Trade Minister, David Parker,  for the Belt and Road Initiative which Peters still maintains we don’t have enough detail on yet.

But lurking in the background was one unsolved issue; whether or not Huawei would be able to participate in Spark’s 5G programme.

Currently, Spark and the Government Communications Security Bureau are reviewing the GCSB’s November refusal to approve a Spark application to use Huawei to provide part of a 5G network it is establishing for America’s Cup.

Huawei New Zealand CEO Andrew Bowater stressed to the summit that his company did not seek to supply the core of the 5G network; that would be provided by the American company, Cisco, but instead was seeking to supply equipment for use nearer the actual user.

Chinese media have described New Zealand’s attitude to Huawei as critical to the future of the relationship. 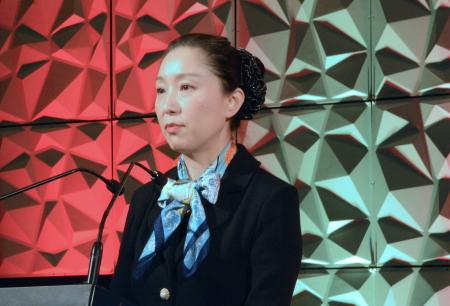 The Chinese Ambassador, Wu Xi, in her first public comments since the Prime Minister visited Beijing last month, told the summit that mutual respect; the readiness to seek common ground while properly handling differences were the keys to the success of the New Zealand – China relationship.

“We hope New Zealand will continue to respect the development path we have chosen and view China’s development and international role in a positive way and we hope that all Chinese enterprises operating in New Zealand will be treated in a fair, transparent and unbiased way.” 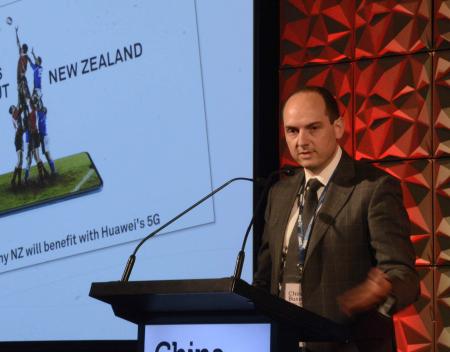 Not surprisingly that was echoed by Huawei’s New Zealand CEO Andrew Bowater who all but confirmed that his company believed that the decision last year was motivated not by technical or intelligence considerations — but pure politics led by the USA.

“We were blindsided by what happened (last November),” he said.

So did he think his company had been treated fairly?

“In that respect no.

“We think this could have been handled a lot better in terms of open and transparent discussion.

“We would have preferred to have had engagement because I think understanding the importance of face and things like that for us as a company is important.

“Taking into full account the potential ramifications of this is necessary.”

However, as Ardern has repeatedly stressed, the matter is not yet finally resolved, and Bowater remains optimistic.

“I think it is really important that we don’t let politics trump common sense,” he said.

“We think there is still a positive way forward that’s  not going to hopefully impact too much on the rest of the relationship.” 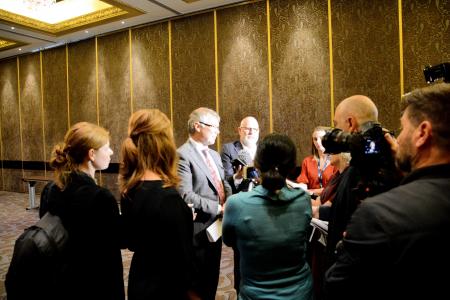 Another potential trouble spot in the relationship is New Zealand’s current review of foreign direct investment.

During Ardern’s recent trip to China, the “Chinese Daily” with its access to official Chinese sources reported: “President Xi Jinping called on New Zealand to provide a fair and unbiased business environment for Chinese investors.”

And another semi-official paper, the “Global  Times” reported that in her talks with Premier Li Keqiang, he too had “urged both countries to provide a fair investment environment for companies.

Businesspeople at the summit were aware that investment was an issue.

“If it is closed off then expect them to react accordingly,” he said.

“We are a country of five million people; we need to demonstrate clearly that things go both ways.”

“I think China’s main concern is that whatever rules we have are applied consistently across all countries of the world and that we don’t pick on China,” he said.

“It is our intention to have something that applies to every country in the world.”

Parker is also heading up New Zealand’s response to the Belt and Road, and he has developed an evident enthusiasm for its potential since he attended the Belt and Road Forum in Beijing last month.

“New Zealand understands the importance of the Belt and Road Initiative to China, and I think we should all acknowledge that,” he said.

“It is clear from the statements of President Xi (Jinping) at the Belt and Road Forum that China is going to front foot  the criticisms and concerns that have been  raised about Belt and Road including indebtedness and corruption.”

Parker said Xi wanted to broaden Belt and Road out to include improving its business environment particularly with respect to ease of doing business there and New Zealand could help with that.

“With the Belt and Road being broadened beyond infrastructure to a range of policy initiatives it should be easy for us to identify areas of common interest that we can include in our belt and road work plan.”

And the Ambassador also enthused about the potential for New Zealand in the Belt and Road initiative.

“Belt and Road is a framework for co-operation,” she said.

“After all, China and New Zealand are highly complementary in terms of our economies and skill sets.”

Parker’s positivity about China and about the potential for co-operation between our two countries was echoed by the Prime Minister who extended it to joint support for multilateral institutions and for working together on regional peace and security.

There was no mention of a previous regional sticking point; the South China Sea.

The summit attracted a veritable who’s who of New Zealand business with the ballroom of the Cordis Hotel in Auckland packed with attendees. 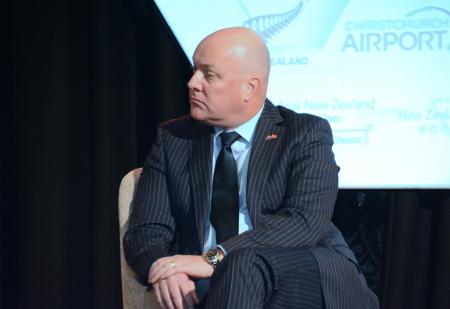 But Air New Zealand CEO, Christopher Luxon, had a warning for business.

“The New Zealand Government has to go and burn capital on quite small issues because New Zealand businesses haven’t built sufficient government relationships in China,” he said.

“I think it is part of growing up that we have to start to think about making those investments rather than going to the government and asking for help and whinging away about that particular problem,”

But any international relationship will end up having problems at one point or another.

The Prime Minister acknowledged this.

“From time to time we will have points of agreement and points of divergence with our international partners, regardless of their relative size, history or political system,” she said.

“This is only natural.

“But as long as we continue to have a relationship built on mutual respect and understanding, we can, and we will discuss our differences maturely and respectfully.”

That ambition will obviously be tested by the Huawei decision, but apart from that, it appeared that the relationship with China is now back on track and that the problems that surfaced with the Defence Policy Statement and  various comments from Foreign Minister Winston Peters have now, for the meantime anyway, been pushed into the background.