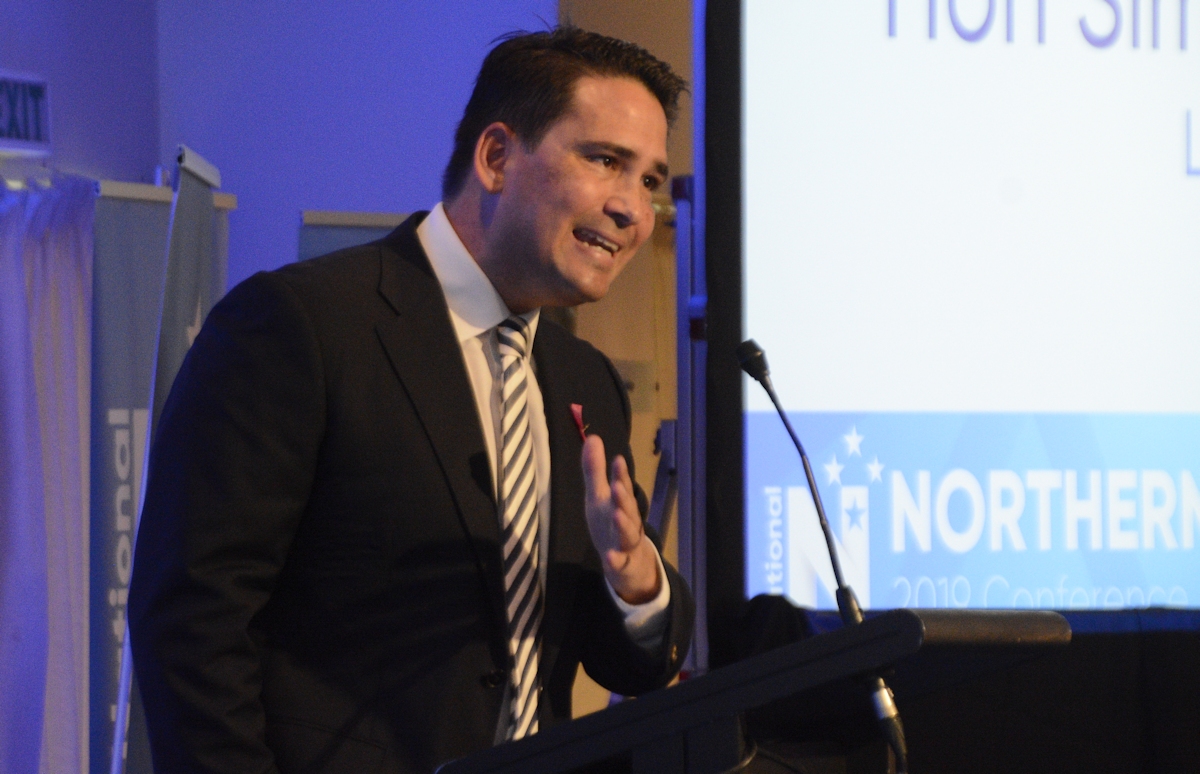 National’s Climate Change spokesperson Todd Muller has been forced to defend his closed doors meetings with Climate Change Minister James Shaw as they tried to develop a bipartisan approach to the Zero Carbon Bill.

But even so, National Leader Simon Bridges is saying National will end that bipartisanship and oppose the Bill unless there are changes.

The challenge came at the party’s northern regional conference in the Bay of Islands over the weekend from two National Party climate change sceptics.

“What is the best use of my time as your representative; to try and navigate through the sea of scientific debate on this topic or take the opportunity that the Government presented to design legislation that we broadly as a right of centre political movement can support,” he said.

“I chose the latter, and I stand  by that decision.” 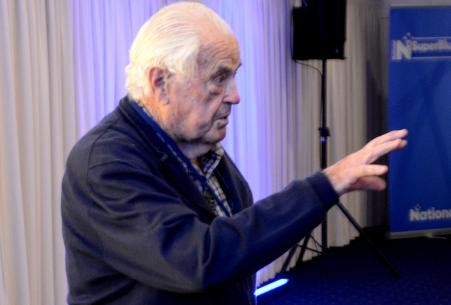 But back in March New Zealand First blew up the deal that Muller and Shaw were working on.

POLITIK has learned from multiple sources involved in the negotiations that Muller’s meetings with Shaw — and also between the Prime Minister and Opposition Leader, Simon Bridges — infuriated New Zealand First who were not briefed on what was going on until late last year.

Ironically in then trying to keep NZ First on side, the Government has ended up with  National now opposed to one of the fundamental parts of the Bill.

Though  Muller is still talking about being hopeful of reaching a bipartisan agreement, National’s Leader Simon Bridges, made it clear on Saturday that the party is unlikely to support the final passage of the Bill.

“If there aren’t changes in this Bill, if we don’t see the sort of change we require, we won’t be supporting it,” Bridges told the conference on Saturday.

His comments were greeted with applause from the over 200 National Party members there.

Meanwhile, NZ First has been left on the sidelines potentially facing the wrath of their provincial base over the tough methane targets included in the Bill which farmers say will leave them with no alternative but to reduce stock numbers.

At the heart of the issue is the question of how the methane targets should be determined.

Muller and Shaw focused on the process for this rather than the targets themselves.

One proposal would have had the targets determined by the Select Committee based on advice from the Prime Minister’s Chief Science Advisor and the Interim Climate Change Committee.

But there was a political risk with that because no one could be sure what the advisors would come up with.

Muller, appears to have accepted the risk and restricted his discussions with Shaw to the process rather than haggling over specific targets.

All of this appears to have come to a head in early March when suddenly Muller found Shaw was no longer talking to him.

POLITIK understands that the Prime Minister — or her office — had intervened.

What appears to have happened is that NZ First believed that unless the targets were agreed now by the politicians, there was a risk the targets could be too high and thus provoke a farmer backlash later in the year or even worse, early next year, months before the election.

There was a possibility they could have invoked the “agree to disagree” procedures in the coalition agreement and voted against the legislation leaving the Government dependent on National to pass it.

With the Prime Minister looking for a big bold gesture on climate change, that was too risky. 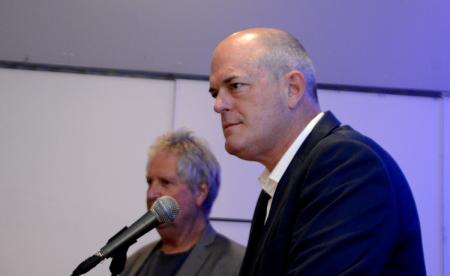 National had been hopeful that the eventual target would be similar to that proposed by the Parliamentary Commissioner for the Environment, Simon Upton, in a paper in August last year which was predicated on an assumption that methane emissions would be established at 2016 levels.

“ If New Zealand wished to ensure that methane from livestock caused no additional contribution to warming beyond the current level, emissions would need to be reduced by at least 10-22 per cent below 2016 levels by 2050, and 20-27 per cent by 2100,” Upton said.

But at the same time, Dairy NZ, in a submission on the Zero Carbon Bill indicated that the dairy industry could probably achieve a 10% reduction in methane emissions by 2030.

NZ First appear to have been instrumental in having this accepted by Shaw and Ardern as part of the Bill.

NZ First Leader Winston Peters, in a press statement, argued that the actual reduction would be less than ten per cent because some would be accounted for by land-waste emissions.

But that same press statement made no mention of the 2050 methane targets which were inserted at the insistence of NZ First and which now call for a reduction of 22 to 47%, well above the targets proposed by Upton.

It would thus seem that NZ First regards the 10 per cent reduction as a political victory while it has little to say on the 2050 target.

But NZ First may have to face more of a political backlash over its role in the Zero Carbon Bill.

In Peters’ press statement on the Bill, he talked about there could be worse to come with New Zealand First itself appearing to anticipate the inclusion of agricultural greenhouse gases in the Emissions Trading Scheme which Federated Farmers have been adamantly opposed to unless there is a technological breakthrough which will allow them to reduce their emissions.

One National MP told POLITIK over the weekend that if the Interim Climate Change Committee’s much-delayed report advocates including agriculture in the ETS “farming will erupt”.

But NZ First in its statements on the Zero Carbon Bill seems to imply that agriculture would be included in the emissions trading scheme.

The statement said: “New Zealand First will fully consult with the agricultural sector about how it wants the free allocation to agriculture to be fed back to the sector.”

That “free allocation “ is presumably ETS credits and would seem to confirm a widespread belief that the Interim Climate Change Committee will recommend that agriculture be included in the ETS.

But Federated Farmers has said it would support that only if cost-effective mitigation technologies were are available to farmers; and  “our international trading partners and competitors are taking action to tackle their agricultural biological emissions.”

However they also called for the recycling back into agriculture of any money collected from methane being in the ETS — and NZ First appears to have secured that.

Nevertheless coming on top of the high methane targets, the inclusion of agriculture in the ETS is likely to inflame farmer opposition to the Bill.

“The truth is we have got grave concerns about this Bill both in terms of the methane target which the science doesn’t support; which the economics don’t support and which the farmers certainly don’t support,” he said.

“It ultimately means by 2030 we will be killing cows.”

The Government believes it has NZ First support for the Bill now locked in so it will pass.

But its chances of being a bipartisan piece of legislation now look remote.