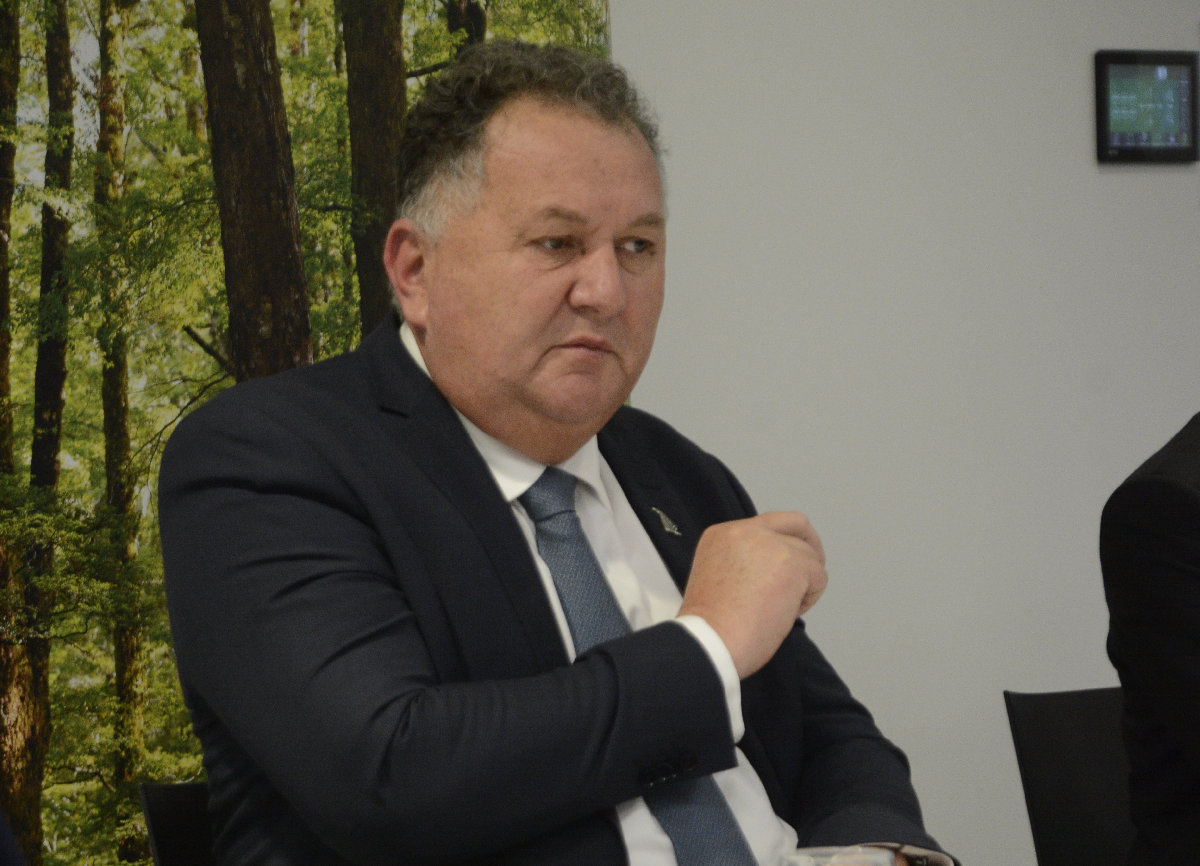 The Government may have to now look at putting limits on the Emissions Trading Scheme to prevent the unintended consequences of a rural land boom because of the “Billion Trees’ programme.

The move comes as the Government and the Forestry Minister, Shane Jones, in particular, are feeling the pressure from the “50 Shades of Green” lobby group of farmers who oppose the tree planting scheme.

In response both Jones and Agriculture Minister Damien O’Connor held a media briefing yesterday to answer some of the criticisms.

“Shades”, as Jones insisted on calling them, oppose the extent of the proposed tree planting because they say it will depopulate rural areas and lead to the breakdown of rural communities.

Jones. on the other hand, claimed they were a front for the National Party.

However he said he planned to meet them and deal directly with them.

“But I’m very suspicious, every time there is a report put to me that the Shades group are meeting and at their right-hand side are National Party politicians,” he said.

“So I say to any activists from the rural community who are travelling with National Party politicians that I am going to treat them as partisan foe not as potential fellow travellers or partners.

“So, step away from, the National Party and engage with the Minister of Forests as genuine proxies and genuine representatives of your rural communities.”

But one potential outcome that has excited concern in rural New Zealand is that the Emissions Trading Scheme unit price could rise, possibly as high as $50.00

The problem is that if the ETS units are to function as disincentives for carbon-emitting activities such as transport or industry, the unit price needs to be high.

The Productivity Commission last year modelled prices that units would need to go to achieve net zero carbon emissions by 2050 and concluded that the price would need to be from about $157 a tonne to $250 a tonne.

Currently marginal hill country returns about $400 a hectare to a farmer; trees at an ETS of $50 would return $1250 but if that price went to $250 then the farmer would be getting around $12,500 a hectare from the scheme for their trees.

Critics of the trees policy say that already the prospect of higher carbon prices is enough to fuel a rural land boom which would be further stimulated by overseas buyers coming in.

In a post on the Facebook page last night, “50 Shades of Green”, a Wairarapa vet , Stuart Burere said: “It seems clear from the investment actions of overseas investors purchasing farm properties for forestry conversions, the NZ taxpayer is being used as a source of subsidised funds in the carbon trading game.

So the Government now faces  a dilemma — to reach net zero by 2050 it will need a high carbon price but that price is likely to lead to massive afforestation of rural New Zealand and bring a rural land boom with it.

Agriculture Minister Damien O’Connor suggested that the Government was looking for a way out.

“There may be people who are purchasing properties and speculating that carbon values are going to skyrocket,” he said.

“That is one of the challenges that the Minister for Climate Change is looking at with the ETS; to ensure that we have a scheme that is not ridiculous; that is not run by speculators but that actually works in the best long term interests  of New Zealand and the landowners.”

A spokesperson for Climate Change Minister James Shaw referred POLITIK to a May 15 press release announcing a number of changes to the ETS including a decision to remove the current price ceiling on ETS units when auctioning begins.

Obviously that has the potential to allow the much higher prices that O’Connor and Jones fear.

But Shaw’s release also said the Government planned to consult “in due, course” on regulations for auctioning and NZ ETS settings including supply volumes and price ceiling levels.

There is speculation that one way the Government could deal with  huge inflation in the ETS price would be to simply issue more ETS units. 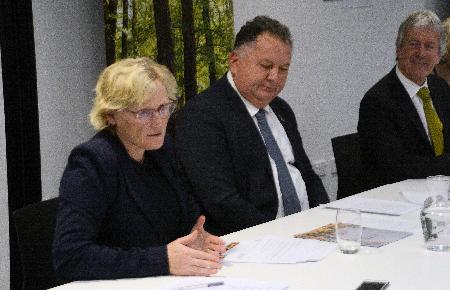 The other big fear being promoted by “Shades” is that changes last October  to the Overseas Investment legislation which exempt forestry investors from having to show any “added benefit” to New Zealand from their investment is driving a large number of sales of farmland to overseas investors.

The Head of Te Uru Rākau  (Forestry New Zealand), Julie Collins, said that of the 21 overseas applications to purchase land for forestry received by Land Information New Zealand (LINZ) since last November, 14 were for existing forests and seven were for farm conversions.

‘”We are working with LINZ monitoring that to see whether we are seeing the tsunami that people on the ground are claiming is happening,” she said.“

Jones hinted  the Government might even retreat from the changes to the legislation introduced last year.

“If it requires – and I don’t believe it will  — that we need to take a policy paper back to the Cabinet to tweak some of those settings, I will put it before the other ministers,” he said.

“I am not saying that is the case but if there is confidence that it has gone as far as some people fear then we will do something about it.”

Nevertheless the path to one billion trees is going to require some substantial conversions of what is currently farmland to trees.

We are in a state of transition,we are in the context of the just transition and the challenge that I have taken on is that the transition takes place and we distribute land use,” he said.

But it is the scale of the redistribution that has provoked “Shades”.

Jones said that on average about 7000 hectares of farmland had been converted annually over the past 10 years but a document provided at the briefing said that to reach one billion trees would see between 230,000 and 430,000 hectares of new planting over 10 years.

In other words the programme is proposing to ramp up plantings by a factor of between three and six over that period.

Collins said that represented between two and four per cent of New Zealand’s overall farmland and a lot of the target could be achieved by working with farmers to get good integration of trees on farms rather than planting formal plantations.

“There wouldn’t be a farm in the country that couldn’t have or shouldn’t have more trees on it,” said O’Connor.

“For bio-diversity; for shelter; for erosion control; for nitrate management, there are a whole lot of good reasons that farmers are now looking to plant trees on their properties and if they all do that we will reach the target of a billion trees.”

And Jones is determined to reach the target.

“If we are too successful I enrage the landowners who don’t want more trees on the land.

“And if I’m not successful I might be a botanical version of Kiwibuild.

“Well I can guarantee to you that that is not going to happen to me as a New Zealand First politician.”

That hint of the political stakes  in this whole scheme was echoed by O’Connor who said he had found concern about the trees programme at last week’s field days.

“Having spent three days at the Field days I am aware there is a widespread notion that forestry is coming to take over dry-stock farming in New Zealand.” he said.

“That is a long way from the truth.”

But the fact that both Ministers are already talking about adjustments to the ETS and Overseas Investment legislation suggests that some of that criticism has struck home.