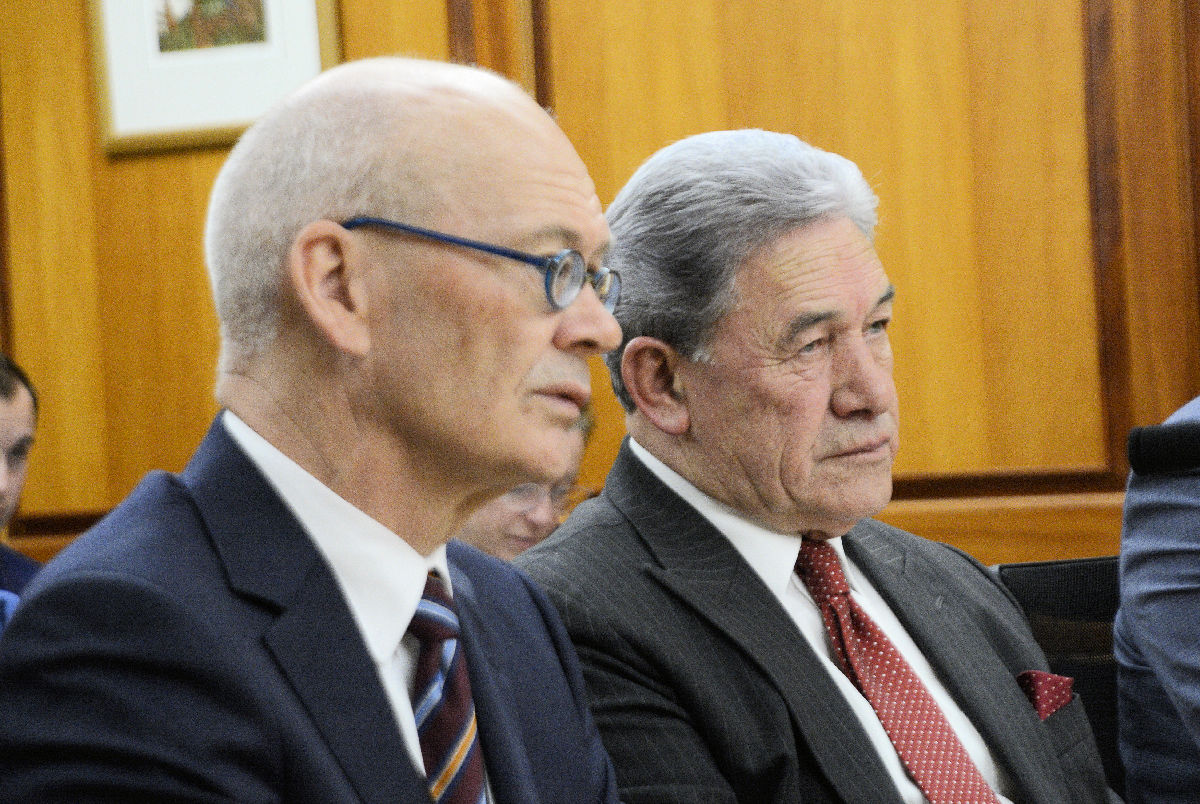 Foreign Minister Winston Peters is off to the United States within the next three weeks to press New Zealand’s case for a free trade agreement.

Appearing before Parliament’s Foreign Affairs Defence and Trade Committee he was answering a question from National’s Foreign Affairs and Trade spokesperson, Todd McClay, who said it almost felt at the moment that there were only two people saying trade with the US was important; himself and Peters.

Peters said that on his last visit there he got a personal commitment from  Vice President Pence Mike Pence that he would work on it that day.

“We have never given up the view that we cannot get a free trade deal from them as impossible as  it may look and some  people might say we are at us in the back of the queue, but in the end this business is about personal relationships, and we intend to get home with this request.”

And Peters is linking the proposal for an FTA with his Pacific reset which is intended to see New Zealand play a larger role in the Pacific.

“ I think that the criticism you might have of Washington is the same criticism that General Douglas MacArthur had about them being Eurocentric and focused everywhere else but the Pacific.

“ He was right then, and I still believe he’s right, and we’ve got to get their attention.

“So it’s a matter of follow up and giving it our very best and  I am personally committed to it and a successful outcome, and I believe that we as a country are entitled to.

“How many democracies does the world know that are as credible as ours with an unbroken line of holding elections since 1854.

“Only nine countries boast that, and we’re one of them

“We want a thing called respect.”

But as McClay pointed out what the US might want is for New Zealand to dismantle Pharmac and open up a full pharmaceutical market in New Zealand.

That was a huge sticking point in the Trans Pacific Partnership negotiations with the suspicion that New Zealand had to forgo some dairy access in the US to keep Pharmac.

However, that became irrelevant when President Trump pulled the US out of the agreement.

McClay asked Peters whether we could get a high-quality trade deal with the US which was good for New Zealand exporters but left”those things” off the table; Peters conceded that Pharmac still could be an impediment. 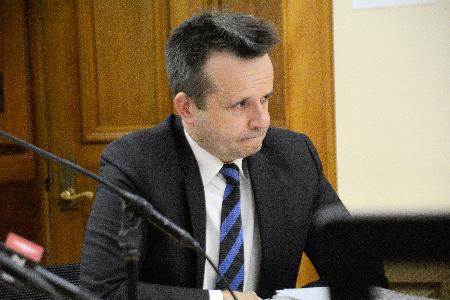 And the Ministry of Foreign Affairs Deputy Secretary, Trade and Economics, Vangelis Vitalis, warned the Committee that there were problems with the Free Trade Agreement with the European Union which is currently being negotiated.

The European Union is refusing to agree to incorporating labour and environmental standards in the free trade agreement currently being negotiated.

“ We’ve been disappointed with the way the Europeans have approached the negotiations particularly over the environment and sustainability,” he said.

He said the CPTPP had an environment chapter and a labour chapter; both of which were legally enforceable through fines and trade sanctions.

“The European Union has flatly rejected our proposal to do that in the negotiations.

“So, in other words, they’re comfortable with treaty status outcome to be part of the free trade agreement which we of course welcome.

“But they are not prepared, and they have not done that with other partners, to make it legally enforceable. Including through trade sanctions and fines mechanism so.

“We have been disappointed.”

Vitalis said the CPTPP had an agreement that all signatories would not subsidise their fishing fleets but the EU would not agree to that nor would it even agree to discuss illegal and unregulated and unreported fishing.

“I do think that’s a troubling indication,” he said.

Vitalis confirmed that the central trade-off at the heart of the negotiations was between the European demand that New Zealand acknowledge its “Geographic Indicators” which are geographic names for wine and food like “Burgundy” or Parmesan” cheese and from New Zealand a demand for more access for meat and dairy products into Europe.

“it is a question of those balance of benefits and the fifth round coming up will tell us something about where the European Union is headed,” he said.

“But as always with the European Union, it’s the end game that matters.

“And it is in their endgame where we need to be in a position to advance what we need out of an agreement while understanding that in exchange we need to do something.

“And so it depends on what level of ambition the European Union has, and market access will Inform the approach we take to the kinds of requests that it makes.”

If Britain”s Brexit actually happens, these will have to be renegotiated with both Britain and the EU, and it is clear that the preliminary negotiations have not been going well.

But any discussion on Brexit had to include the Minister who reminded the Committee he had travelled to Britain to campaign for it.

“The result I believe was notable,” he said.

“It happened, and the great news is my friend Boris Johnson is going to be the Prime Minister of the UK.

“So we’re off with a flying start.

“He’s got what the ordinary British people want;  character and courage like the man he wrote about.

“He’s actually exactly an expert on Winston Churchill as well.”

And we all know who is named after him.