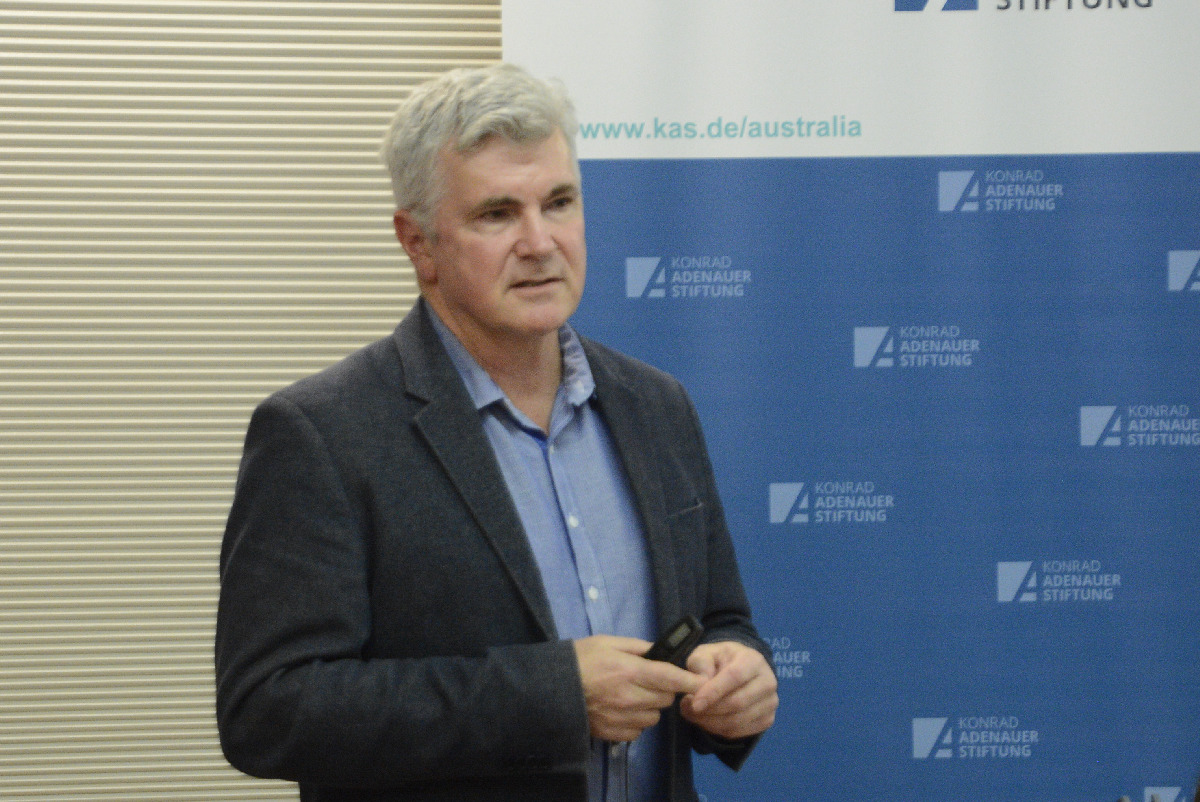 Professor Mark Howden is a Vice Chair of the Intergovernmental Panel on Climate Change and shared the Nobel Prize for his work on that panel.

He was a key scientific advisor  to the Paris Climate Change conference and is Director of the Australian National University Climate Change Institute.

He was in Dunedin over the weekend for the Otago Foreign Policy School, which considered the global economic impact of climate change and its potential consequent impact on international relations.

“I think there is a danger of getting a bit fixated on forestry and offsets at this stage if it takes our eye off the ball which is reducing The main emissions from industry energy agriculture etc.,” he told POLITIK.

“.And so I think we should be almost thinking about keeping the biomass land use change options almost as a emergency reserve option.

“Do everything we can to reduce the main emissions the fossil fuel based ones.

“And then we bring in those other ones last as a last resort.

“Using our emergency option early on in the piece is not a great IDEA.

“You wouldn’t use it in the sporting game or a game of poker.

“You actually retain your good cards “

The Paris Agreement aims to limit global temperature rise to between 1.5 degrees and 2.0 degrees this century.

But Howden said that the planet is on a path now to reach the 1.5-degree increase in global warming by 2040 and possibly, by 2026.

“The clock is ticking fast if we are to stick to the 1.5 or 2.0 degrees goals,” he said in his speech to the School.

“So there is no place to go.

One of the major impacts already was not so much that the average temperature was rising, but that gap between temperature highs and lows was increasing and thus leading to extreme weather events such as cyclones or bush fires.

“This is already impacting food production across the globe which has dropped by 8 – 10% because of climate change,” he said.

Howden said that even ten years ago, scientists had not predicted the scale of the breakup of Greenland, which was happening now.

He said already it had moved sea level rise from two millimetres a year to 3.6 millimetres last year.

“So these things are happening.

The United States National Oceanic and Atmospheric Administration is currently projecting an upper level of sea level rise of 2.5 m by the end of the century.

“There are some estimates that go to higher levels than that,” he said.

“But 2.5 m will trash huge amounts of infrastructure and productive land and livelihoods across the globe.

“And of course there will be Pacific islands that do not exist any longer at 2.5 m.”

He said the implications of climate change for Australia and New Zealand and the Pacific were that there would be a 10,000 fold or even 100,000 fold increase in the likelihood of one-in-one-hundred-year extreme weather events.

It was possible to estimate that currently, each tonne of carbon being emitted as a cumulative global impact of $US417.

Recent economic research showed that if temperatures were not kept to a two-degree rise and instead rose by four degrees by the end of the century, the global economic impact would be $US17 trillion.

This was a conference about foreign, and there were connections made between Howden’s paper and more general security issues.

Otago University Politics Professor, Robert Patman, argued that the world needed to move to a reconsideration of what security meant in the 21st century and which treated its causes rather than its symptoms.

Howden said that we were already seeing tensions brought about by climate change.

“Trends like climate change represent major security challenges for all states and nations without exception,” he said.

“What we’re seeing is that those stresses piling on top of each other and generating the various disturbances and there’s been a lot of talk about how the Arab Spring was a combination of ya range of political and climate and social intersection points,” he said.

“And food is a really important touchpoint because starving populations are not happy populations; they’re the ones that really disrupt political systems institutions.”

“I think what we’ll see in the future is increased likelihood of those sorts of incidents. 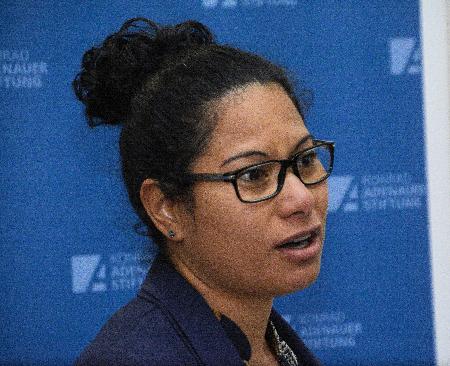 The reality of what this might mean was brought home to the School by University of South Pacific social anthropologist, Tammy Tabe who told the story of how her own  I-Kiritbai family was relocated by the-then colonial administration from Kiribati to the Solomon Islands in the 1950s.

The prospect of relocation is a live issue for many South Pacific people, particularly in low lying atolls like Kiribati or Tuvalu.

Tabe said that the impact of climate change was already being felt in the Pacific through extreme weather events such as floods and cyclones, and sea level rise which was threatening agriculture on low lying atolls and therefore food supplies.

“This means that the impacts of climate change will be more extreme and heavier on the poor and developing countries than the rich,” she said.

“Some of the most low lying island countries like the Marshall Islands, Kiribati and Tuvalu and other communities located along coastal plains and river deltas will be greatly affected.

“And some may be forced to relocate in the future.”

The challenge for New Zealand is that the Pacific needs a  real reduction in Greenhouse Gas Emissions.