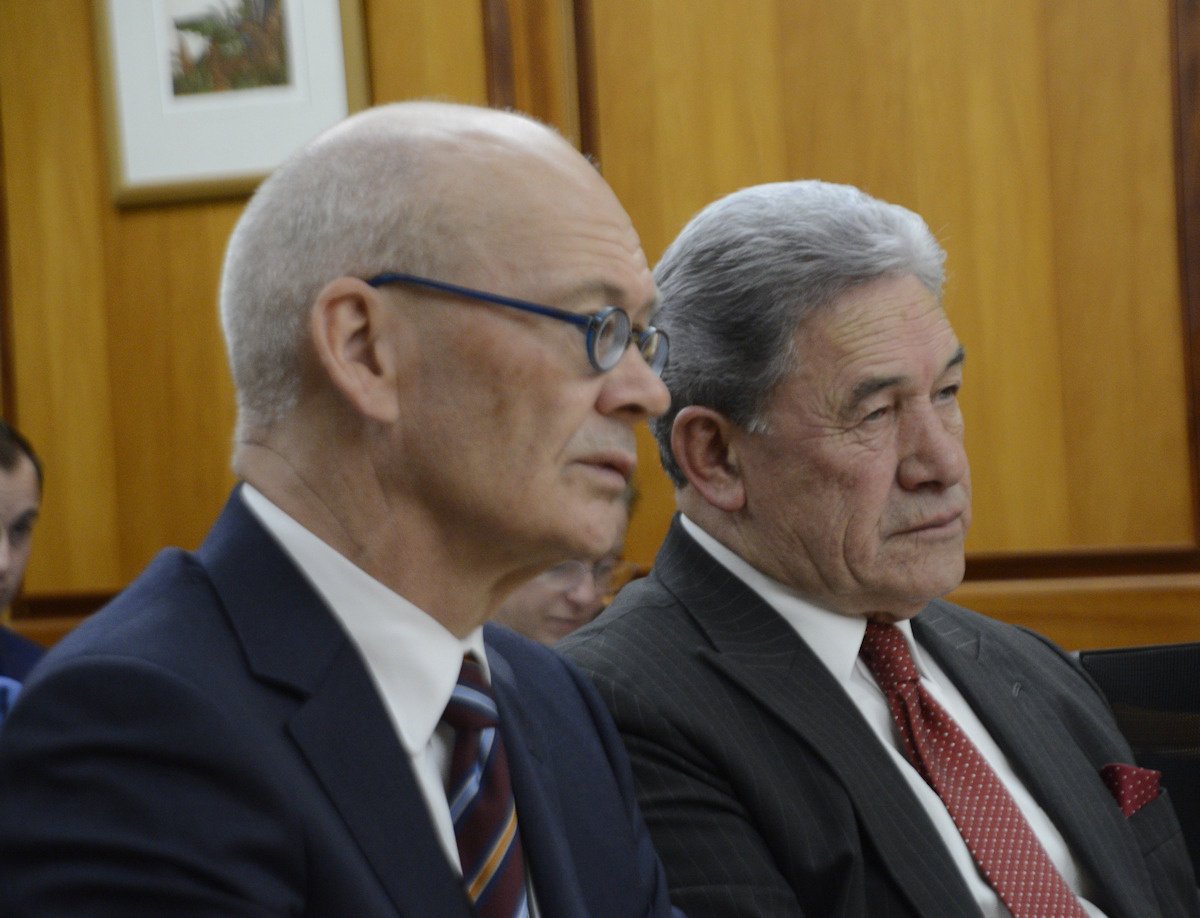 Foreign Minister Winston Peters will be in Washington next week and is scheduled to make a major speech to a think-tank there on the Pacific.

POLITIK has learned that there is a degree of nervousness within the Beehive at the prospect of Peters going it alone on foreign policy in the American capital.

For that reason, the writing of the speech is being closely monitored by the Prime Minister’s staff, and POLITIK understands he will be accompanied by one of the most senior officials from the Ministry of Foreign Affairs and Trade,

The speech is entitled “Enhancing Pacific Partnerships: The Importance of the Pacific for New Zealand and U.S. Foreign Policy” and is to be given to the prestigious Centre for Strategic and International Studies.

It follows a controversial speech he gave at the New Zealand Embassy in partnership with the Center for Australian, New Zealand & Pacific Studies at Georgetown University.

That speech was not seen by Prime Minister Jacinda Ardern before he gave it and its blatant invitation to the U.S. to become more actively involved in the Pacific and the implication that by so doing it could counter China’s influence surprised many in the foreign affairs community.

Peters has made no secret of his suspicions about China and, at the same time, good relationship with U.S. Vice President Mike Pence and that he intends to use that relationship to get a free trade agreement with the U.S.

“On our last visit I got a personal commitment from Vice President Mike Pence that he would work on it that day,” he told Parliament’s Foreign Affairs, Defence and Trade Committee three weeks ago.

“We have never given up the view that we cannot get a free trade deal from them as impossible as it looks abd people might say we are in the back of the queue..

“This business is about personal relationships, and we intend to get home with this request.

But Peters indicated to the Committee that he would link the case for a free trade agreement to New Zealand’s role in the Pacific and this is where there will be a sensitivity about what he might say.

“I think that the criticism you might have of Washington is the same criticism that General Douglas MacArthur had about them being Eurocentric and focused everywhere else but the Pacific.

“He was right then, and I still believe he’s right, and we’ve got to get their attention.”

By itself, this is innocuous enough.

But last December he linked his invitation to the U.S. to become more involved in the Pacific to China.

“While New Zealand and the United States work together on a range of global issues, our cooperation and like-mindedness is now coming into sharper relief in the Asia Pacific where the region is becoming more contested, and its security is ever more fragile,” he said.

“It is New Zealand’s view that the Asia-Pacific region has reached an inflexion point, one that requires the urgent attention of both Wellington and Washington.”

He specifically singled out the South China Sea as an area where tensions had escalated because “claimants in the various territorial disputes have acted in ways which challenge international law and norms.”

He went on to say: “Within this context, there is another area where greater cooperation is now timely – the South-West Pacific.”

Peters’ personal aversion to China was on display again at the Otago Foreign Policy School two weeks ago when he was asked how New Zealand could preserve its neutrality between China and the U.S.

“I choose freedom, I choose democracy, I choose the rule of law, and from that, I hope my country never parts,” was his reply.

In contrast, another NZ First MP, Defence Minister Ron Mark, was careful on a trip to Beijing last week to avoid any criticism of China at all and it was noteworthy that New Zealand did not issue any statement on the Hong Kong riots.

Whereas the Prime Minister, Jacinda Ardern, was happy enough to leave Peters to his own devices on his last trip to Washington, she appears to be taking a very different approach this time.

Last December the speech he gave was written in his office, probably by his Chief of Staff, Jon Johansson.

This time the speech is being drafted by the Ministry of Foreign Affairs and Trade.

But as a western diplomat in Wellington told POLITIK this week, the problem with Peters is not what he says in his speeches but what he ad-libs during question and answer sessions.

This time he will be accompanied by Ben King, MFAT Deputy Secretary in charge of its Americas and Asian Group.

King was the diplomat who brokered the peace between the Government and the Chinese Embassy earlier this year after the postponement of the opening of the year of China N.Z. Tourism.

It was that plus the Prime Minister’s visit to Beijing, the Trade Minister’s participation in the Belt and Road Forum and the careful diplomacy around issues like defence which appears to have got the New Zealand relationship back on track with Beijing and averted any adverse trade restrictions such as Australia has experienced since it began to adopt a more confrontational attitude towards China.

The CSIS who will host Peters in Washington  has recently produced (with the U.S. State Department) a major report on U.S. relations with the Pacific.

But Peters may find that the US has its own ambitions in the Pacific.

That calls for greater U.S. engagement in the region and notes that “the United States needs to tactfully navigate when and how it collaborates with Australia and New Zealand.

“While Australia and New Zealand are natural partners in the Pacific, they share the burden of being seen as quasi-colonial powers in the South Pacific.

“The United States has a unique brand in the region.”

The report says the U.S. should undertake direct American engagement rather than through collaborative approaches with like-minded partners.

“American officials and civil society engagements should be mindful of this clear preference and seek opportunities to engage directly and separately as Americans, while quietly coordinating behind the scenes,” it says.

That is precisely what not only New Zealand but even countries like Japan and Britain fear the U.S. might try and do in the Pacific which would simply intensify the likelihood of the China-US cold war spreading to the region.

That’s another reason why the stakes and high and along with the concerns about New Zealand’s relationship with China explains  the sensitivities around the Peters visit.