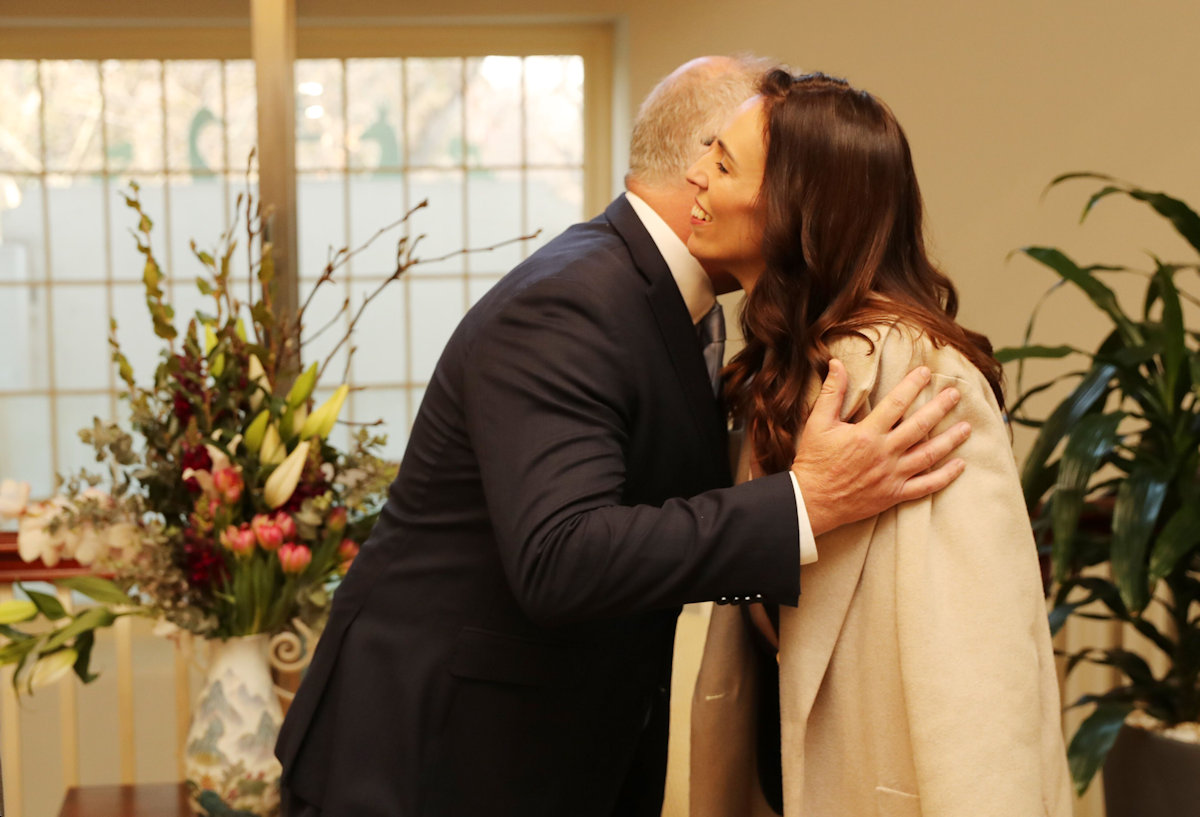 The Prime Minister may say (as she did in Melbourne on Thursday)  that she and Winston Peters sing from the same song sheet on foreign policy, but if they do, the end result can be a discordant duet.

That was the case last week with Peters in Washington and the Prime Minister, Jacinda Ardern, in Melbourne when both ended up talking about the role of the United States in the Pacific.

In Washington, Peters was talking up the importance of a free trade agreement with the US.

He told a prestigious Washington think tank, the Centre for Security and International Studies, that we deserved one because we were “a good country”.

“I think good nations should be rewarded, and bad nations be punished and not the reverse, which is what I am seeing now.”

Peters was responding to Dr Deborah Elms, the Executive Director of the Asian Trade Centre in Singapore, which is part-funded by Fonterra.

She said she could understand why, “from a 30,000 feet level”, he might want an agreement but “as soon as you get down into the practical detail of issues that agreement might contain — dairy; agriculture; getting it through Congress — you run into a ton of problems.”

And in Melbourne, the Prime Minister was offering a subtly different take on an FTA with the USA.

Asked directly at her media conference last Thursday  whether she wholeheartedly favoured Peters’ pitch for an FTA with the US she replied: ”I support the expansion of our free trade agreements be it through the European Union Free Trade Agreement; the Regional Comprehensive Economic Partnership (RCEP); the Pacific Alliance.”

There was no mention of the US in that reply.

“As a Government, we have been pursuing trade deals which add greater diversity, which build greater resilience and which openly create more opportunities for exporters.

“I include the United States in that, but also we are realistic.

“Of course you see some messages around the approach to trade generally, we are of course continuing to fight against the tariffs we have had imposed against aluminium and steel from New Zealand.

“The fact that we continue to push back on that demonstrates that there are benefits from an FTA, but it has to equally service New Zealand’s interests.

“That includes protecting Pharmac; protecting our right to regulate and protecting the Treaty of Waitangi.”

Asked whether she supported Peters’ claim in Washington that what was important was to get started on the negotiations, she said: “Yes, I do, but these must always be on our terms.”

Peters however clearly sees the FTA as part of a bigger picture which essentially involves New Zealand moving back closer to the US, hence his call for greater US involvement in the Pacific as a counter to China.

Once again in a speech he called for the United States, the United Kingdom and the EU to work together in the Pacific — leaving China which is already a major aid donor to the region out of his list.

And Ardern told her press conference that she shares Peters claim that the US has paid less attention to the region in recent times.

He said countries like those he listed should be prepared to make some fundamental investments in the region.

“The question becomes then, why would we want to do that; the answer is to have a good look at who is going to step in unless you do,” he said.

He said that countries like Indonesia and Japan could see with greater clarity what was going on.

“We just hope that Washington understands what is going on,” he said.

That will be music to the ears of Australia’s Department of Foreign Affairs and Trade which takes a more sceptical view of China’s role in the pacific than New Zealand traditionally done.

Indeed, Australia’s whole approach to China has been more confrontational.

China has raised questions by holding up some 15 million tonnes of Australian thermal coal worth more than $1 billion, which is currently waiting to clear customs.

The Australian newspaper has reported that While China’s Ministry of Foreign Affairs has said the coal is subject to environmental testing, it is widely believed the processing delays are part of a low-key strategy to send a message to Australia that China is unhappy with some of its policies, including last year’s decision to ban Chinese telecommunications giant Huawei from supplying equipment for the next-generation 5G network.

The Australian also reported that China and the regional security environment were discussed in the talks on Friday morning between Australian Prime Minister Scott Morrison and Ardern. Similar reports appeared in other Australian newspapers which suggests that the information came from an official briefing.

But Ardern, at her wrap up press conference for her trip was less forthcoming.

Asked if she had discussed  China and the Huawei issue with Morrison, she said: “We discuss a range of issues when it comes to our region.

“I don’t always go into a level of detail on that, but obviously, naturally you would expect us to discuss regional issues.”

The terse nature of that reply is an indication of how sensitive she seems to regard any discussion of China at all.

She certainly never goes as far as Peters in implying that China is a negative force in the region though she is more forthcoming on the USA.

Asked if she could give more detail on the role of America in the region, she added a sort of endorsement of what Peters had said – minus the reasons for the US to get involved and minus the plea for a Free Trade Agreement.

“If you look at some of the statements that have been made, both on our site, particularly from our Foreign Minister, but also on Australia’s side, there has been a view that in the past few years at least, perhaps there hasn’t been the same level of intention from the United States within our region and that is something that both New Zealand and Australia have been raising publicly, but also obviously in conversation around some of the issues within our region that do require attention.”

But for all that, Ardern, unlike Morrison, makes it clear, albeit very subtly, that she does not agree with the kind of politics that Trump likes to play.

On Thursday night before an adoring audience of over 2000 at the Melbourne Town Hall for a speech which even though she did not name Trump, she directly addressed populist politics.

“When you look overseas and see votes like Brexit and conversations about migration and what underpins all of this is this sense of fear; this sense that people don’t have the level of security that perhaps somewhat nostalgically they once enjoyed.

“We have choices as politicians.

“In a political environment, you can either choose to capitalise on that fear; stroke it and politically benefit from it, or you can run a counter-narrative.

In part, her reluctance to fully embrace the USA is driven by her political antennae which are highly suspicious of Trump and on the other by a strategic desire to avoid the kind of situation that Australia has got itself into with China.

It may be subtly different, but it is still a different view of the world to that of Peters (and probably Morrison).