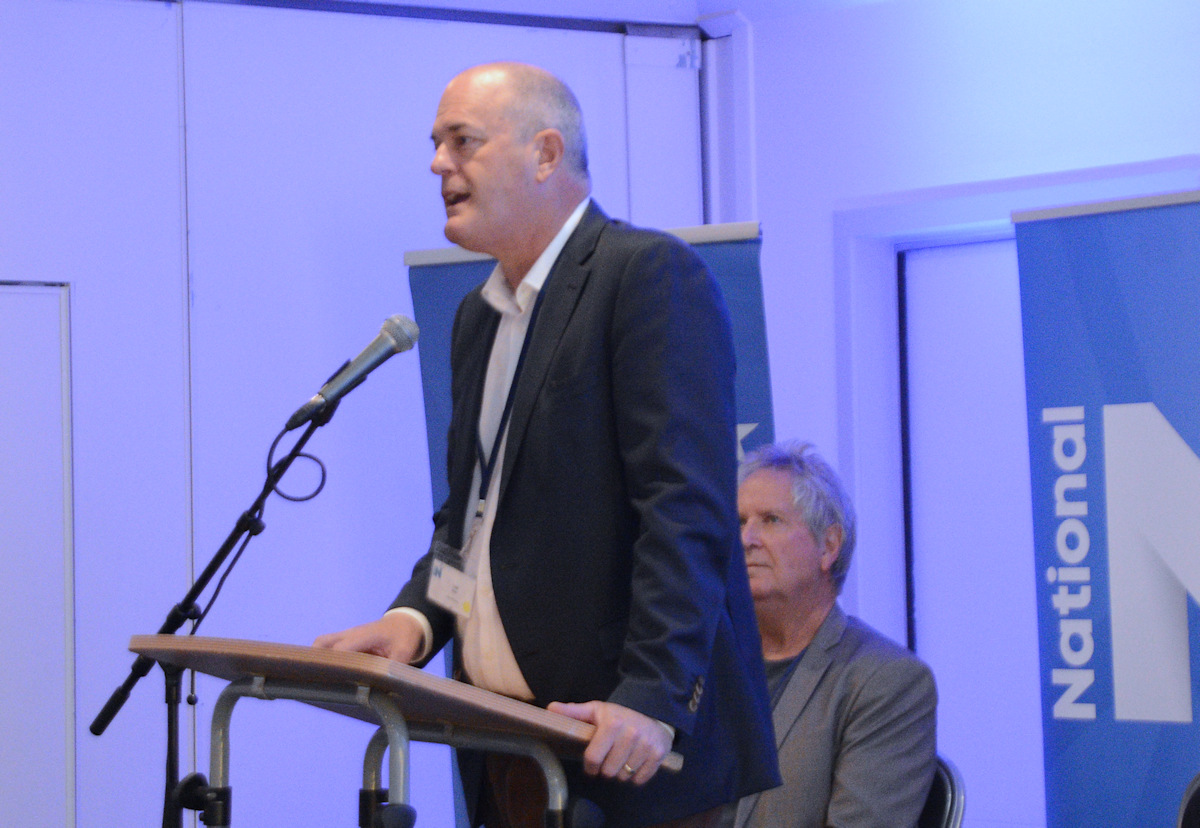 The gloves come off this Thursday as what is looking like an epic political battle kicks off at Parliament’s Environment Select Committee.

At one level it will be the country’s farmers versus some of the country’s environmental lobby groups over how to respond to climate change.

At another, it will be a tussle for power within the National Party.

Thursday will see proceedings begin with two of the key players; Dairy NZ and Greenpeace.

The Committee will be considering the Climate Change Response (Zero-Carbon) Amendment Bill, which essentially does two things:

The Committee’s considerations will be restricted to those questions which will leave out one of the biggest current issues in the farmers v environmentalists debate over climate change; what to do over the next five years and how to measure and levy what are called biogenic emissions.

Until early May it seemed likely that the Bill would proceed through the Committee with substantial bipartisan support from National.

But then, when the Government announced a hefty 24 – 47 per cent reduction in methane emissions below 2017 levels to be achieved by 2050, National’s support began to be in doubt.

At the same time, there were rumbles within the National Party caucus about Simon Bridges’ leadership and a growing view that Bay of Plenty MP and the Party’s Climate Change spokesman, Todd Muller, should eventually replace him.

Asked last night on TVOne’s “Q+A” where National now stood on the Bill Muller said: “ Having a commission independent and providing advice; we’re in favour of that.

”But the targets that anchor the trajectory of our direction with respect to methane are just too onerous. “

It would seem that Muller is arguing that unless National can shift those 2050 methane targets back down to around a 22 per cent reduction, then they may not support the Bill.

Dairy NZ – who will appear on Thursday —  support the 10 per cent reduction proposed for 2030 but believe the 2050 target should not be higher than 24 per cent.

Dairy NZ says a study they have commissioned shows that the costs of meeting the targets – primarily foregone production — would see three per cent of New Zealand dairy farms insolvent by 2030 under the Government’s proposals and that figure would rise towards 2050.

Greenpeace has been the most forceful opponents of the farmers, arguing that the only way to cut methane emissions is by reducing cow numbers.

Asked if she still believed consensus was possible, she said:” I haven’t given up on that.

“Obviously submissions are closing, and we will be in the period where a Select Committee soon will be hearing from the public.

“I’m hoping that will help build some consensus.

“But it is fair to say that at the moment though we have our Paris Agreement targets and on some of the ideas that we’ve put forth I’ve really struggled to see whether the Opposition are willing to make similar progress. “

She was, in fact, referring to the recent barrage of press statements from Oppsotioopn Leader, Simon Bridges, about the Government’s fee and rebate scheme to encourage the uptake of electric vehicles.

Ardern is on  potentially rewarding political ground here because she must know as virtually everybody else in Parliament seems to know about National’s leadership rivalries.

On Saturday, Muller, contradicting his leader’s press statements, told Newshub’s “The Nation” that he was broadly supportive of the fee and rebate scheme.

And then he went further.

Asked why National didn’t transition the Government’s fleet to electric when it had the chance when it was in office, he said: “Well you know I think that’s a fair point.

“Bluntly I’m sure there  would have been a reason at the time.

The Minister of Transport, responsible for electric vehicles policy throughout the last term of the Key/English Government was Bridges.

In turn, Bridges’ deputy, the very-loyal Paula Bennett, has been suggesting National might not carry through on Muller’s bipartisan approach to the Zero Carbon Bill.

Her comments appeared to go further than Muller’s last night, which restricted the possibility of National Opposition to the post-2030 methane targets.

“This is a really big piece of legislation, one that a number of people want to make submissions on,” she said.

“It wouldn’t surprise me if there’s hundreds, if not thousands.

“I don’t want us clamping down and putting costs on so much in New Zealand that we shut down good business so that we just purchase products from overseas which are actually causing more damage to our planet.”

Ardern seemed to leave the door very slightly open on them yesterday.

She praised the support from the agriculture sector for the 2030 target of a methane reduction of ten per cent.

“Now that I think is incredible progress,” she said.

“Ultimately, though on the content and remainder of the bill itself, we are waiting for the Select Committee process.”

That could be read as hinting that the Committee could change the targets. If she got that and got bipartisan support from National, she might also get a bonus of having clipped Simon Bridges’ wings.