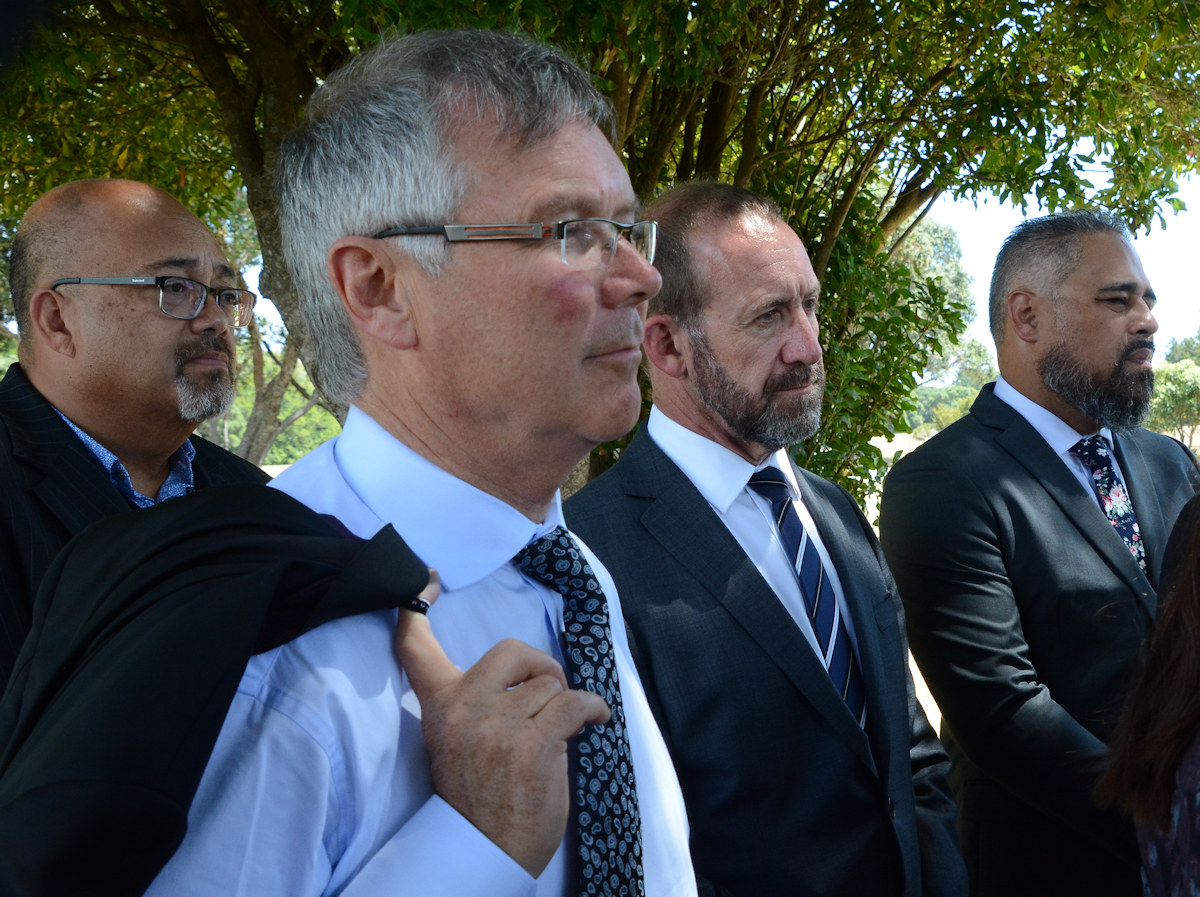 The path between yesterday’s announcement of a Resource Management Act review and its eventual passage into law threatens to be as torturous as the progress of any resource consent through the present system.

Nothing will be in place till after the next election.

That means whatever is proposed after the review reports next May will be able to be relitigated in any coalition negotiations Labour might enter into. (That is, of course, assuming that Labour forms the next government.)

Much then would depend on whether Environment Minister, David Parker, could persuade Labour’s Maori caucus and NZ First to agree on Maori participation in the planning process which in the past NZ First Leader, Winston Peters has called separatist and the product of “brownmail”.

At the heart of yesterday’s announcement is a realisation that the implementation of the original 1991 Act has not lived up to the original high hopes of its sponsoring Ministers, Labour’s Sir Geoffrey Palmer and National’s Simon Upton.

Palmer said yesterday that the original Act had all the tools to give guidance to local government.

“But they were left alone; they foundered, and it was very difficult, and the Act has become a disgrace,” he said.

“It is now more than double the length it was originally; it’s incoherent; the principles have been lost, and there is a sea or procedure which needs to be simplified.” 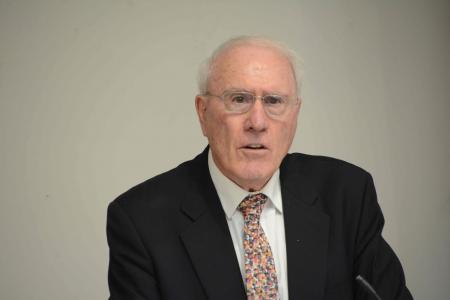 And so Parker is going to do two things; he will implement some immediate changes to the existing Act, but more importantly, he has commissioned retired Appeal Court Judge, Tony Randerson, to head up a four-person inquiry into the Act and to come up with proposals for a new one.

Randerson was commissioned by National in 1990 to review Sir Geoffrey’s original Act which, after some changes proposed by Randerson, was passed into law by then-Environment Minister, Simon Upton in 1991.

Upton is now the Parliamentary Commissioner for the Environment.

Randerson is expected to report by the end of May next year, which by any stretch of the imagination is an exceptionally tight deadline.

But he will be able to build on a large body of analysis of the existing legislation and proposals for change which has been building for some time.

He acknowledged this yesterday by saying he was conscious of the considerable body of research that already been undertaken, particularly by the Productivity Commission and the Environmental Defence Society. (EDS)

In 2016 they proposed that there be a Royal Commission into the Act and they supported the Productivity Commission’s 2017 proposals that included splitting legislation governing the “built” environment from the “natural” environment.

Environment Minister David Parker yesterday went part of the way down that path with a proposal to introduce legislation before the end of the year to empower Urban Development Authorities to supplant the RMA process and over-ride local planning laws to accelerate housing developments.

“That will provide the central government with the tools to fastrack the consents that we need for these big developments like the Unitec site in Auckland which is going to have thousands of housing units,” he said.

“A the moment those processes are bogged down, and we will be cutting through that with that legislation.”

That raises the controversial issue of how much involvement central government should have in planning.

This became more urgent after a 2014 Supreme Court decision which effectively found that National Policy Statements (which can be promulgated as a regulation by the Environment Minister) “trumped” regional and district plans.

Parker is an enthusiastic user of NPSs and is planning shortly to introduce one on freshwater that will also apply to nitrate levels on farms and to practices like winter grazing. 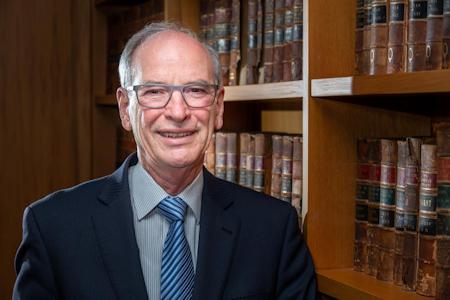 Randerson said his review could include a revamped national policy statement process.

“Or it could possibly include some over-riding strategic direction development which would filter down through all relevant pieces of legislation that makes up our resource management system,” he said.

That appeared to allude to a proposal that Parker had raised earlier; that Part Two of the current Act which deals with matters of national importance that the whole planning system must take into account, could be broken out into a piece of separate legislation.

“Also in scope, is whether the crucial Part Two of the RMA or its equivalent should be in the RMA or its replacement or in a separate piece of work,” he said.

“Part Two sets out the principles of the Act.

“It’s probably the most important part of the Act, and it sets the objective of sustainable management.

“Subsequent legal cases have helped clarify what it means, and we will be taking care not to unnecessarily discard those legal precedents.

“We don’t want everything to start from scratch.”

Palmer says central to the problem is the huge number of different plans which he says has become a bureaucratic nightmare.

“The real history of the Resource Management Act can be summed up as central government dropping the ball,” he said.

“Otherwise you won’t fix the environmental problems that have become so overwhelming,” he said. 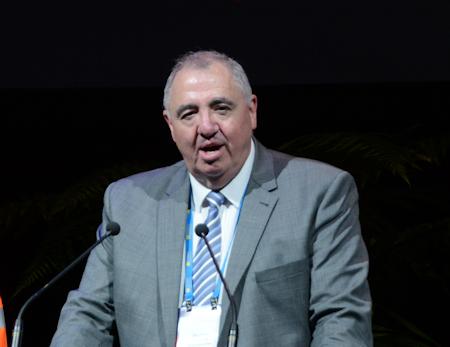 “We should have a plan for New Zealand, and we don’t,” he said.

“At the moment, we try to do that through policies.

“But policies are very airy-fairy things; often you can drive a bus through them.

“What we actually need is a plan for New Zealand; socially, economically and environmentally.

“And so I am hoping this review will identify that as a pathway forward rather than just tweaking a few policies here and there.”

But Selwood is disappointed that the review will not extend to the Land Transport Act and the Local Government Act.

The RRNZ group and the Productivity Commission have both proposed this.

But Parker said that would be too much to ask.

“That would be like boiling the ocean,” he said.

“That would  be such a huge piece of work, and we probably couldn’t land it.”

He said the review would look at the points of intersection with other legislation but “we are not pretending that in this one process, you can do all of the other bits of those acts.”

But Selwood said he still saw it only as a step.

“There are significant issues about the form of local government and how they are funded,” he said.

“The concept here is a much greater role for spatial planning, and that is very positive.

(Simply spatial planning involves everything about communities; about what happens in them; who lives in them and how they relate to each other.)

“But plans are only as good as the ability to implement them, which means you need capability and you need the money.

“And what we really need to make sure is that planning, funding and delivery are all in alignment.” 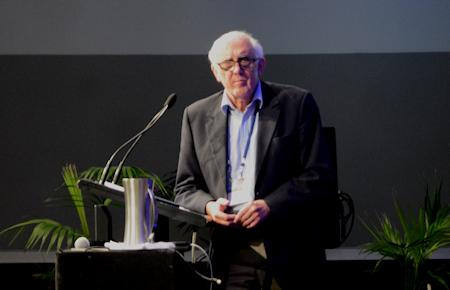 Another member of RRNZ, EDS Executive Director, Gary Taylor, however, thought the scope of Randerson’s review was “pretty broad.”

“The quality of the panel (who have not yet been appointed) is going to be really important,” he said.

However, like Selwood, he thinks there needs to be “strategic spatial planning”.

“I think the focus up to date has been on making policy and that is where the system has got somewhat out of kilter.

“I think implementation or making policy work is the key to getting a better and more responsive and adaptive system.”

Taylor also said he hoped there would be multi-party consensus on how to move forward, but that may be difficult.

Parker was emphasising the role Maori would have in the review.

But when National undertook RMA reforms in 2015 – 2017, a major bone of contention was their inclusion of Maori participation in the planning process.

NZ First Leader, Winston Peters opposed this and said it was is obvious that National had been “brownmailed into making policy concessions to the Maori Party.

“They were bent over a barrel and not surprisingly, didn’t have the backbone to stand up to them,” he said in 2016.

In a letter to National MPs in 2017, he described the iwi participation clauses as a step towards a “separatist abyss” and called for the RMA to be based on the “principle of one law for all”.

“Maori rights and interests are an important issue,” said Parker.

“They do need to be worked through.

“First and foremost, there is no doubt that everyone is on board for recognising post-settlement entities who often have a relationship with their local or regional councils.

“And those, whilst not perfect, are actually going pretty well and improving year by year.

“In respect of other issues of participation, these are issues that the panel is going to have to give us some advice on.

“Everyone wants a right of participation and where there are important public or private interests involved we actually need public participation including by Maoridom.”

Parker was pressed by media and asked whether, given the  Cabinet Paper’s reference to Maori having a right to participation in the RMA under the Treaty of Waitangi, he would ensure NZ First would be on board with that.

“Well, they are part of Cabinet, and they signed off on the Cabinet paper, so they are already on board.”

That may prove to be an optimistic view given Winston Peters’ long-standing ability to be able to wiggle out of what his opponents might have thought were watertight arrangements.

And that will be the challenge for Parker. Without Maori participation, he risks a backlash from the Labour Maori caucus.

But without Peters, he cannot get the Bill through the House, and he would then need National’s support to pass any legislation.

They would be unlikely to do so without demanding some substantial changes.

It took three years from the original proposal for the 1991 Bill to become legislation; it would not be surprising if it took that long for this one.