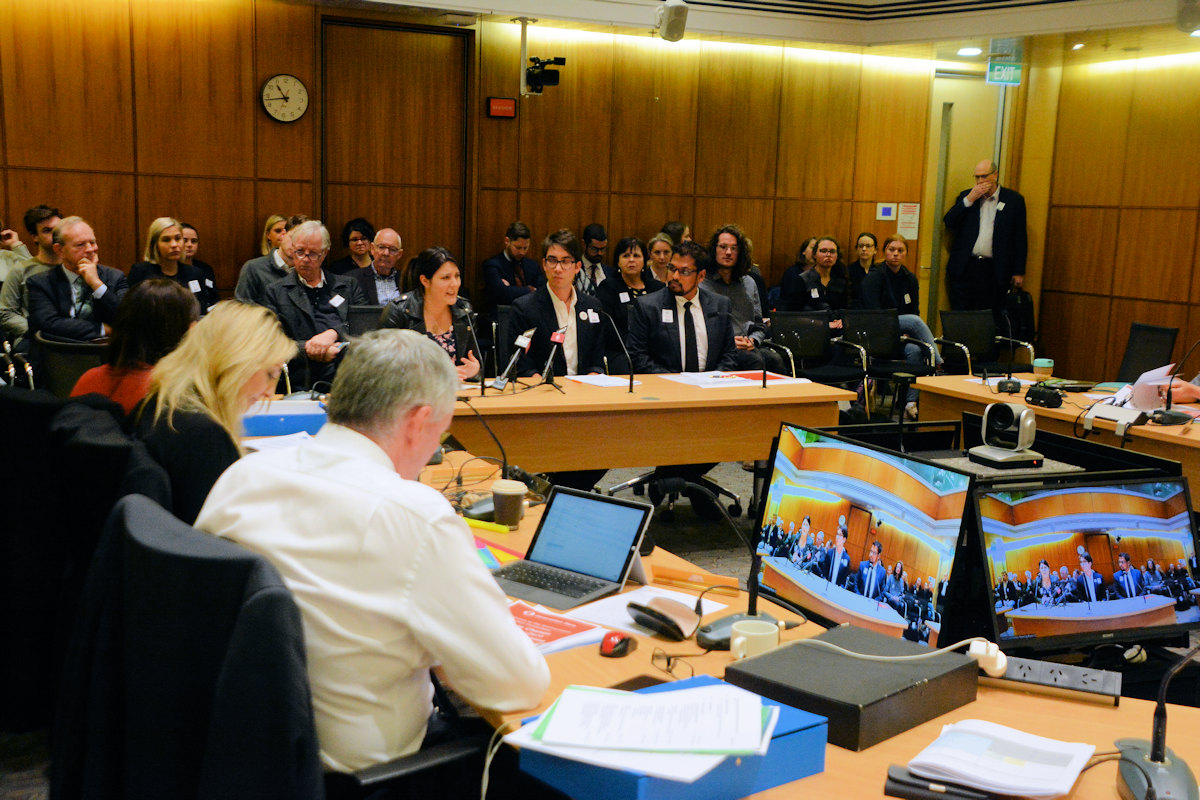 It seems the devil is now starting to appear in the Zero Carbon Bill’s detail.

Perhaps the most fundamental came from Christchurch Airport CEO Malcolm Johns who was appearing on behalf of the Climate Leaders’ Coalition, a group of 109 business CEOs  whose goal is to “promote business leadership and collective action on the issue of climate change.”

“That’s going to drive some significant land-use changes,” he said.

“Companies that are in high emitting industries that may be industrial in nature are going to have to find those offsets.

“That is going to drive them into the land market so marginal farming land may ultimately turn out to be more profitable farming carbon than farming protein.” 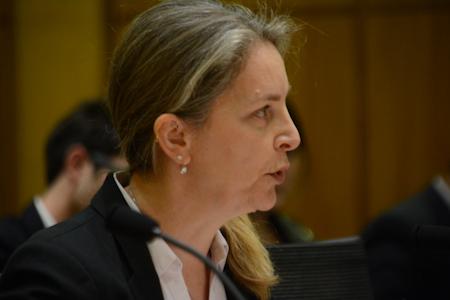 The challenge industry faces were exemplified by the appearance of NZ Steel CEO, Greta Stephens.

“And it is an inescapable fact that producing iron to make steel produces CO2; it’s chemistry,” she said.

“Coal is an ingredient in the steel making process. It is not a fuel source.

“There is a lot of research going on around the world, and there are promising avenues to make low or no carbon steel.

Stephens explained that what worried NZ Steel was that if it had to pay high ETS prices when its international competitors did not, it would be at a disadvantage.

“We welcome fair competition,” she said.

“but at the same time to have a cost for carbon imposed on domestic industry that is not felt elsewhere essentially reduces our competitiveness.

So she proposed that any abatement of a domestic industry’s free allocation of ETS credit be triggered when 70 per cent of its competitors faced similar charges either here or overseas.

But the more companies like NZ Steel are forced to buy ETS credits, the more likely it will be that they do what Malcolm Johns suggested and that is to buy farmland for forestry to claim ETS credits. 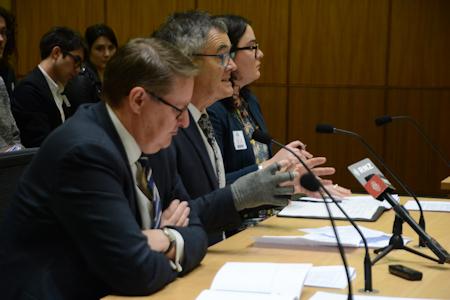 Local gOvernment NZ and the Insurance Council of New Zealand shared a concern about the implications of sea-level rise.

“The rules of the game allow that,” he said.

“Councils can only use the rules of the Resource Management Act round land use planning to try and stop that, and it’s limited.

Of more immediate concern to local government are the implications of sea-level rise.

“The cumulative nature of key greenhouse gas emissions means we are already locked into sea-level rise and an increase in extreme weather events for generations to come regardless of whether New Zealand achieves the emissions reductions set out in this bill,” he said. 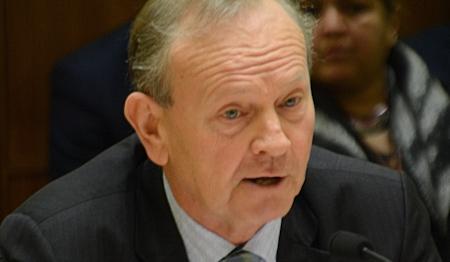 Grafton said warmer seas could lead to the spread of new insect pests, disease and be disruptive to business and tourism.

“It is not just about property at risk from sea-level rise, which tends to be the strong focus of this legislation.

“Unless these risks are reduced, insurance may not be affordable or available, or banks may shorten the terms of loans for at-risk property.”

Grafton said the Council welcomed the importance placed in the Bill on adaptation and he recommended that for the Climate Change Commission to be seen as truly independent, its members should be appointed by a 75 per cent vote of Parliament.

There are a host of problems for local government stemming from seal level rise.

Malcolm Alexander said that when the Kapiti Coast District Council had tried to place projected sea-level rise information on Land Information Memoranda, people “on the wrong side of the line” sued because of the impact on property values.

“What you are essentially saying is let’s deny information from new purchasers so that current purchasers can secure their ownership.

“So that is a real conundrum so how are we going to get through that.

“Ultimately, either the parliament sets a framework, or we let the Supreme Court do it.”

Other issues relate to RMA plans and the question of compensation.

“Adaptation is important now because decisions are being made every minute of every day,” he said.

“The longer we take to address it, the tail is longer.

“So maybe the starting point would be a set of principles which would at least send signals into the broader community about particularly how you are going to understand and share risk.

“And that’s going to be shared essentially between three parties; the crown, local government and private property.

“At some point that allocation is going to have to be made.” 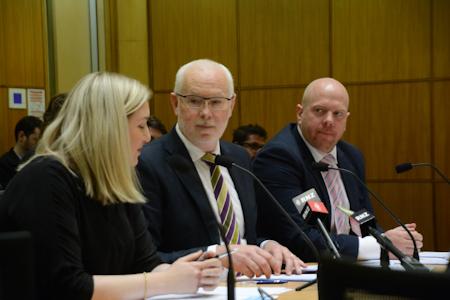 Fonterra and the dairy industry also face hard challenges; most notably the proposal in the Bill that biogenic methane be reduced below 2017 levels by 24 – 47 per cent by 2050.

Dairy NZ and Fonterra both say they could accept a reduction of 24 per cent but no higher but surprisingly, NZ First MP, Mark Patterson, a member of the Committee, said that view was not shared by Federated Farmers, the Meat Industry Association or Beef and Lamb NZ who considered it too ambitious.

“Both the 2030 and 2050 methane targets are ambitious, and we need to have groundbreaking technology and innovation to get there,” said Mike Cronin. Fonterra’s Director of Co-operative Affairs,

“We think it is important that there is sufficient aspiration in the targets, but they must be scientifically based and economically viable.

“We think that with the range that has come out there could be a lot of debate around percentages; that debate will probably be ongoing, but we support up to 24 per cent because we think it is relatively well-grounded, but it is also sufficiently incentivising of behaviour for farmers without setting up an expectation that is impossible to meet.”

One of the potential tools to help farmers meet the target is the use of GM crops such as the AgResearch-developed ryegrass which can reduce methane emitted by an animal by up to 25 per cent.

Because of New Zealand restrictions on GM organisms, it cannot even be trialled in New Zealand and is currently being tested in the United States.

Fonterra is cautious about endorsing it.

“At the moment we see a  value proposition for our non-GMO products, but we think this is an important thing and we need to keep all options alive,” said Cronin. 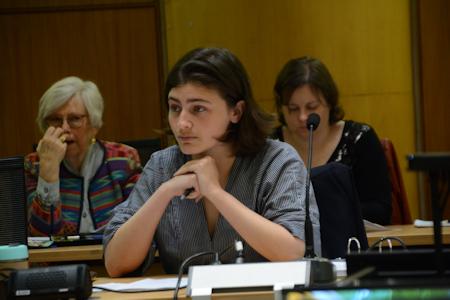 But if Fonterra was cautious, Generation Zero, the millennial lobby group who originated the idea of a Zero Carbon Bill and who the Prime Minister admires were  (perhaps surprisingly) more accommodating.

“Our view is that we are facing a climate change crisis and we need all options on the table to be able to address that,” said James Young-Drew from Generation Zero.

“if that means having an adult and mature conversation about tools such as gene editing then  I think we need to have that conversation.”

But Young-Drew added that also applied to other issues and cited a recent report calling for a mass transition to a plant-based diet.

“That would not only have incredible climate and environmental outcomes but massive public health benefits as well.

“And maybe that is something we should be having an adult and mature conversation about.”

There are still nearly 1000 submissions to go on what is arguably the most important Bill in terms of its implications to go before Parliament in years.