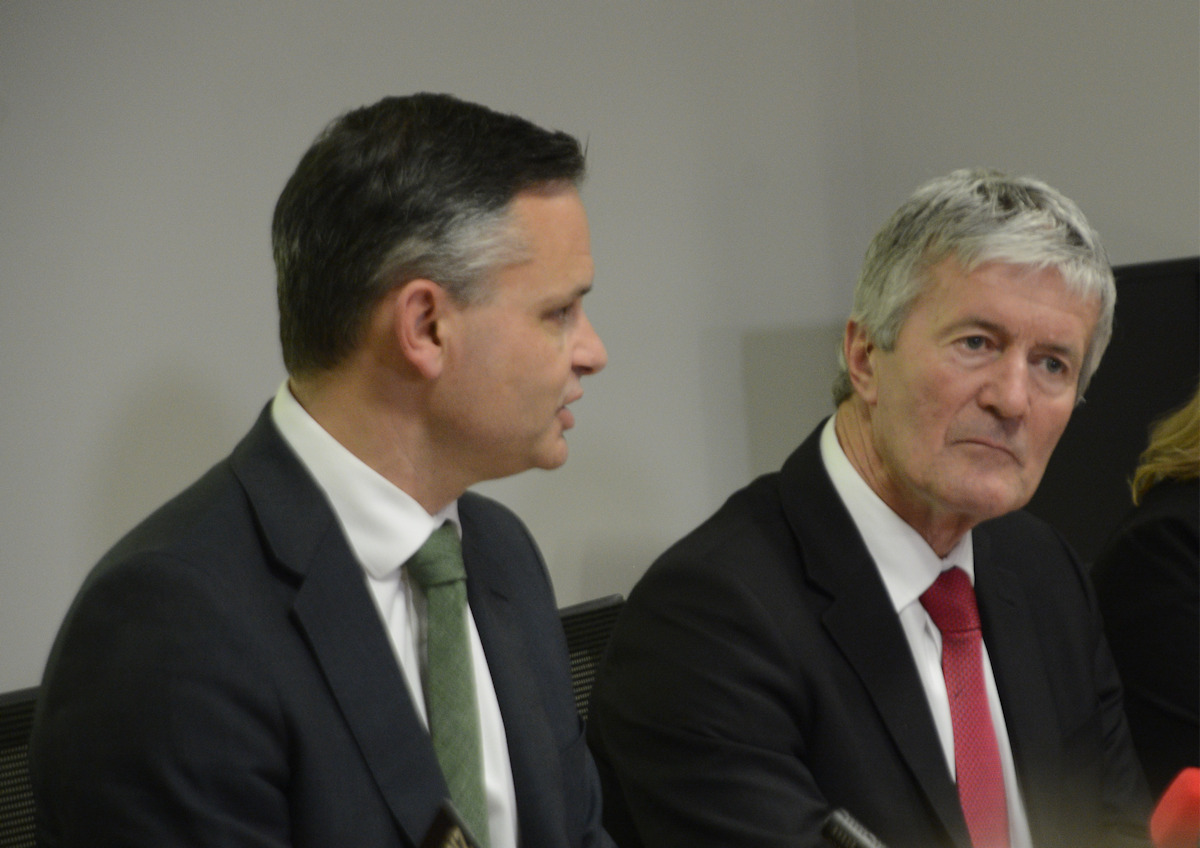 Climate Change Minister James Shaw rejected the advice of the Ministry of Primary Industry (MPI) when he set the methane targets for agriculture post-2030.

The advice was contained a Cabinet paper from November last year addressed to the Minister of Agriculture, Damien O’Connor and the Minister of Forestry, Shane Jones, and released under the Official Information Act.

The targets are now the subject of a concerted campaign by various farming lobby groups who say it will be impossible to meet them without cutting back on dairy production.

But Climate Change Minister James Shaw  in an unusual attack by a Minister on civil servants,  says  it was bad advice “not based on the purpose of the bill and was internally inconsistent.”

Shaw’s decision to propose that by 2050, methane from cows be reduced by between 24 and 47 per cent below 2016 levels not only contradicts advice from MPI but also the advice from the Climate Change Chief Executives Board which proposed an upper limit of 35 per cent.

In a Cabinet paper early last year Shaw named the Ministries and departments involved as Treasury; Energy and Resources and Economic Development (all part of the Ministry of Business, Employment and Innovation); Transport;  Environment and Primary Industries.

But MPI thought even that was too high and proposed an upper limit of 25 per cent.

“We consider that this option would balance the Government’s objectives of international leadership for climate change, economic prosperity, and a just and inclusive society,” the MPI Cabinet paper says.

The MPI paper says that under the Paris Agreement, New Zealand is obliged to submit a sequence of progressively more ambitious economy-wide targets and to contribute to collective efforts to reduce global emissions to net zero in the second half of the century.

“The collective international obligation on Parties to the Paris Agreement are not intended to apply to individual Parties given the diversity of national circumstances and starting points,” the paper says.

“The Paris Agreement does not specify that emissions of biogenic methane need to be offset to zero.”

In August  2018, the parliamentary Commissioner for the Environment, Simon Upton produced a paper on methane and livestock and said , if New Zealand wanted to ensure that methane from livestock caused no additional contribution to warming beyond the current level, then emissions would need to be reduced by at least 10-22 per cent below 2016 levels by 2050.

But in October last year, the IPCC fundamentally changed the rules of the game and said the world should aim for an increase in global temperatures of only 1.5 degrees rather than the two degrees that had been the case up till then – and the figure which Upton had in mind when he prepared his paper.

The MPI paper acknowledged this.

The paper says that the International Panel on Climate Change (IPCC) found that scenarios which were consistent with staying below 1.5oC with limited or no overshoot had the following features:

Shaw told POLITIK last night that the IPCC advice had been instrumental in him rejecting the MPI proposal.

“I used the IPCC number because it’s the only set of numbers that is explicitly based on the one point five degrees scenario with no overshoot,” he said.

“Everything that Simon (Upton) was doing hadn’t asked that question.

“I’m not saying that the numbers were wrong; they were perfectly correct, but  they were asking a different question.”

MPI does say that biogenic gases (methane and nitrous oxide) could reduce by 52 per cent by between 7% and 52% without requiring significant changes in production and land use, depending on the speed and nature of technology development.

“The higher end of the range above is more speculative in terms of technological advances and relies on a number of strong assumptions including optimistic uptake rates, and overcoming a number of market and consumer barriers,” the paper says.

“Faster rates of technology change are likely to require accelerated investment by both public and private sectors to develop technologies and drive innovation.”

The technology the paper is talking about would include the yet-to-be-developed vaccine to inhibit the production of methane from a cow’s stomach and the still-being-trialled ryegrass, which can reduce methane output by up to 25 per cent.

But then the paper says that any move beyond that upper limit of a 52 per cent reduction would be possible with a shift in land use away from pastoral agriculture and towards alternative land uses, such as horticulture or forestry.

That would be consistent with Greenpeace’s campaign to halve the country’s dairy herd.

And so MPI concluded that from the currently available evidence, an emissions reduction target in the range of 22-35% below 2016 levels by 2050 would be both consistent with the objectives of the Paris Agreement and achievable with the use of currently available technologies.

“Further emissions reductions beyond this range are likely to be achieved only if there is a significant breakthrough in mitigation technologies for agricultural emissions, or through land-use change away from pastoral agriculture.”

So far, the submissions heard by the Environment Committee from agriculture groups have all attacked the 47 per cent upper limit.

Most have said the target could not be met without substantial reductions in New Zealand’s dairy production.

If the limit survives the Select Committee and remains in the Bill, the uproar from the rural community is likely to be massive.