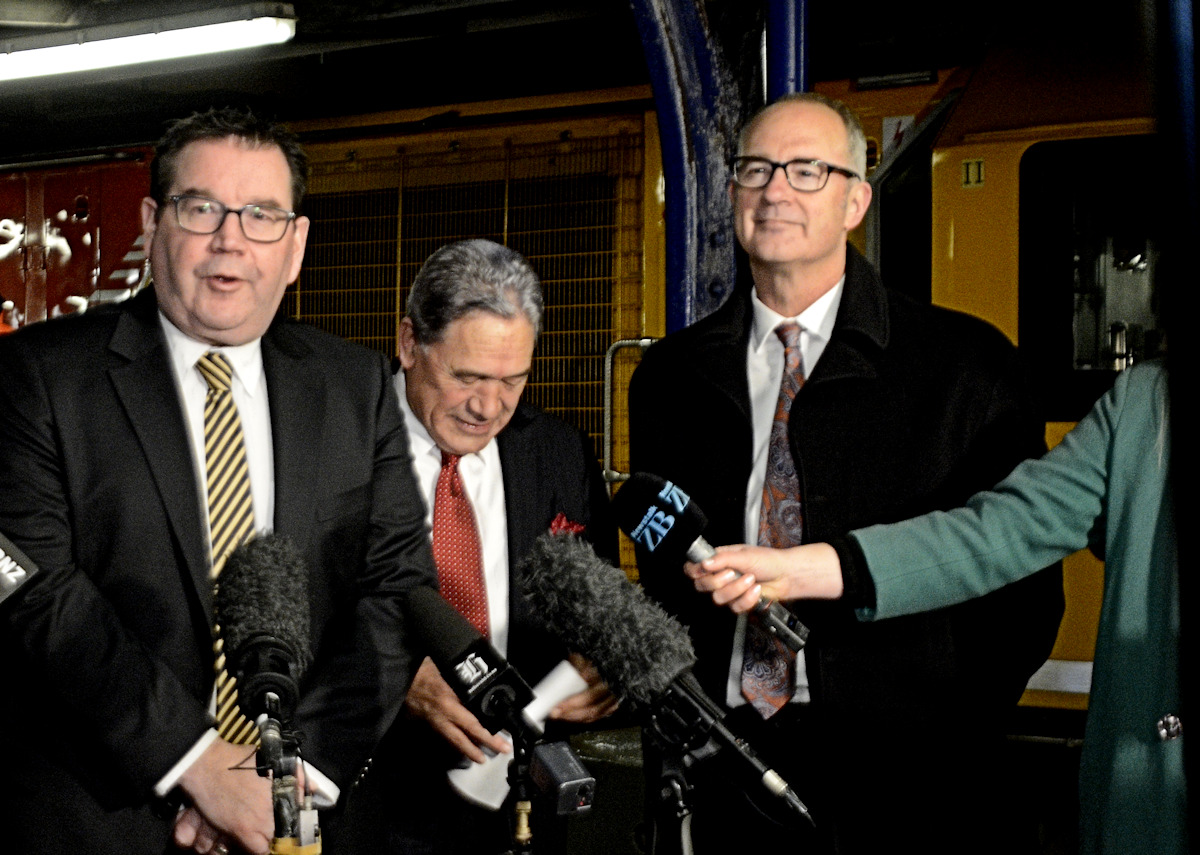 Treasury yesterday released all the records of discussions between Minister and Treasury officials and Finance Minister, Grant Robertson leading up to this year’s Budget.

What dominates the papers is a demand by Robertson that Ministers “prioritise’ expenditure, which is shorthand for cutting one per cent out of their budgets.

There were the usual truculent proposals from Ministers when they are asked to do something like this.

Treasury, in their advice to Robertson, rejected his proposals.

And they were also sceptical about his other big portfolio, housing and his flagship Kiwikbuild proposals.

In a paper from October last year, Treasury said a large amount of government spending on housing was focused on interventions that provided subsidies or other financial assistance for housing.

It warned Twyford that if systemic issues around land and housing supply were not addressed, the pressure to increase expenditure on housing was likely to continue, and become fiscally unsustainable.

The paper said that Kiwibuuild was trying to supply 100,000 homes over a ten year period “without subsidy”.

“In the current market, however, KiwiBuild has to produce houses with expensive land, infrastructure and building cost inputs,” it said.

“Therefore, subsidies – whether to financiers, developers or homebuyers – are becoming a part of the actual or expected Kiwibuild toolkit.

“Given the combination of actual housing costs, affordability goals and construction targets, this is in practice inevitable until reforms to regulatory settings and more-efficient construction take hold.

“However, such subsidies are an expensive intervention that benefits relatively well-off households, and risk distracting from the deeper goal of reducing actual build costs.”

“Establishing a declining subsidy envelope per Kiwibuild place may be a part of this approach.”

However, there has been no news from the new Housing Minister, Megan Woods, on how she proposes to change Kiwibuild. Last month she said she oped to present a paper to Cabinet by the end of this month.

Twyford also ran up against Treasury over his proposals to deal with homelessness.

“Minister Twyford’s current proposal totals  (the sum has been redacted) over the forecast period,” a March 2019 Treasury paper says.

“This is inconsistent with the fiscal management of Budget 2019 in light of significant cost pressures across other Government portfolios.”

Instead, Robertson offered to fund 2873 permanent places for homeless people and another unspecified number of contracted motel beds.

The paper then contains a section heading: “There are uncertainties around whether the Minister Twyford’s package will be able to …. ”; but it has been redacted from then on.

Treasury recommended that Robertson discuss a substantial scaling back of Twyford’s proposals.

In fact, the Budget provided funding for 2200 homeless — below even Robertson’s original 2873 places and presumably well below the figure asked for by Twyford.

But Robertson and his cost-cutting took no account of rank within the Government.

Foreign Affairs Minister Winston Peters got a big knockback over a proposal he submitted as part of his “Pacific Reset” to construct new High Commissions in Suva, Honiara and Niue at a cost of $35.500 million.

Treasury simply said it did not support the proposal.

However, though sections of this part of the paper have been redacted, it appears that Treasury would support the proposal in the 2021 budget.

In talking points, the department prepared for Robertson, they suggested he tell Peters: “I am aware that MFAT has faced unforeseen budget pressures on some recent capital projects. However, I understand that funding for capital pressures is something that could be deferred until future budgets given the pressures in Budget 2019 and the positive fiscal outlook for the Ministry until 2021/22.”

However, Peters and the Ministry of Foreign Affairs and Trade did get a win over their proposal to rebuild Scott Basin Antarctica; $18.5 million for that was announced in June.

Many of the papers go into considerable detail about how Ministers and departments were trying to achieve one per cent savings.

What was clear was that funding was prioritised for the “wellbeing” aspects of the Budget and everything else was frozen.

But on the big-ticket items, the papers provide evidence of a substantial debate going on between Ministers and their departments and Treasury over various funding issues.

A notable example is a series of papers on the question of the capital charge which District Health Boards must pay as a form of interest on the value of all their assets. (All crown entities have to do this.)

But the need to pay has been impacting on their operating budgets and two DHBs, the West Coast and Christchurch, have struck particular problems.

However, Treasury did not favour abolishing it. Instead, it proposed that DHBs be funded for the charge when it was applied to new assets – which is exactly what the Government has done.

In general, Treasury did not favour funding big new initiatives because of the Health and Disability Review being conducted by Heather Simpson.

“As the structure of the Health system is uncertain, we recommend that major investments in new Health initiatives are only considered following the HDSR’s findings, “the papers said.

“We see the HDSR as an opportunity to reset system settings to improve outcomes and move towards a more financially sustainable system.”

Intriguingly a Treasury paper from March this year. preparing Robertson for a meeting with Health Minister David Clark recommends that “you discuss with the Minister of Health options for moving towards a more sustainable DHB sector.” Then follows a page and a half presumably detailing the talking points for this discussion which has been redacted.

The paper includes a detailed analysis of the cost pressures on DHBs (predominantly wages), but all figures have been redacted.

“If this step-change does not occur, it is likely that DHB cost pressures will continue to absorb an increasing proportion of the operating and capital allowances (i.e. deficit support), squeezing out the government’s ability to invest in new initiatives and other priority areas.”

The picture, then, is that Robertson and Treasury were chiselling their way through votes and increasingly Treasury was trying to find whether there were structural and systemic reasons that would enable those votes to be parted back.