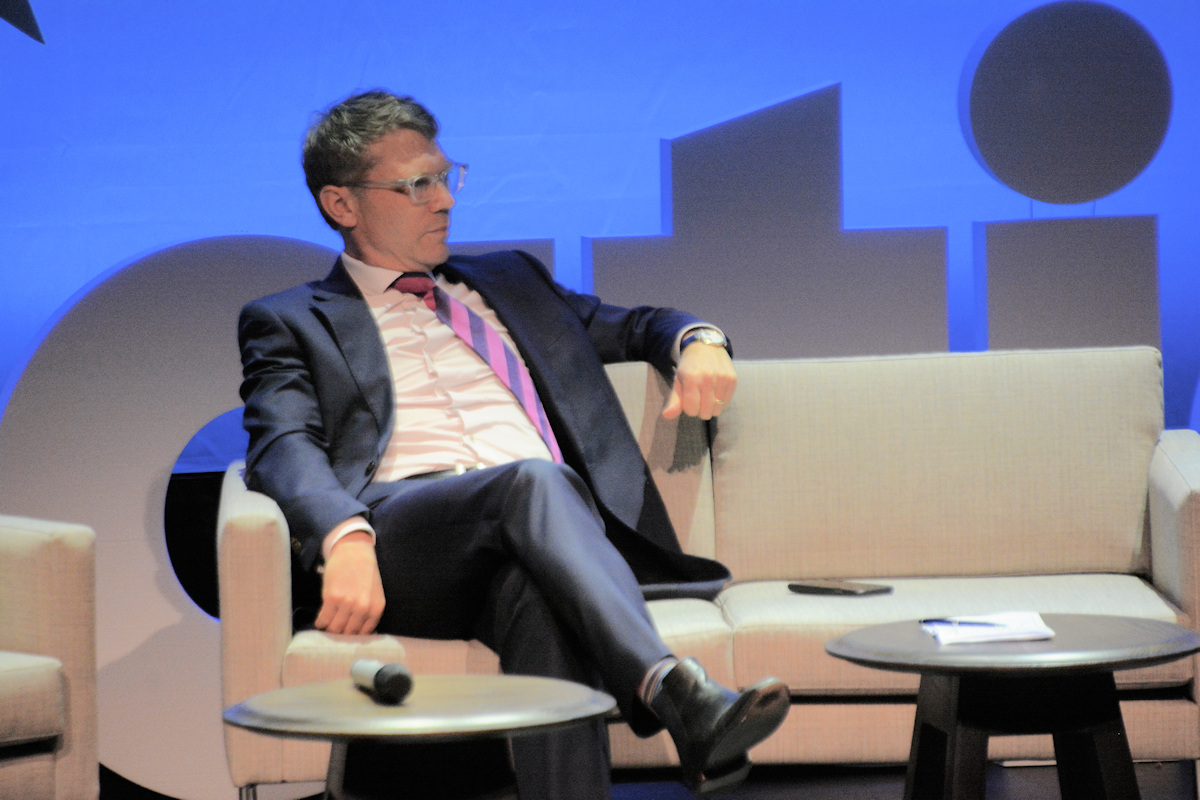 This is an election campaign document.

But it does get radical with its proposal for regulatory reform and ends up at odds with the Key/English government.

Many of the regulations it will seek to roll back will have been introduced by that Government, particularly under the 2015 Health and Safety legislation.

Economic Development spokesperson for the party, Todd McClay, told POLITIK last night that regulations promulgated under the 2015 Health and Safety at Work Act introduced by then Workplace Relations Minister, Michael Woodhouse would be a big target.

He did not rule out a review of the Act itself.

And he said national would l repeal 100 regulations in its first six months in Government and would eliminate two old regulations for every new one it introduced.

McClay has long been an opponent of excessive regulation; an attitude he says he developed when he worked in the European Parliament and in Brussels as a lobbyist.

He referred to that experience in his maiden speech.

“As a result, I am no fan of bureaucracy, and to quote a former President of the European Commission, Jacques Delors: ‘I firmly believe that governments should do less, but what they do, they must do better,” he said.”

It’s hard to see much new in the infrastructure proposals in the document.

But the Government is already thinking along those lines.

POLITIK understands that one of the reasons former PWC senior partner and accountant Sir Brian Roche was recently appointed chair of the New Zealand Transport Agency was to develop new funding approaches involving the private sector.

On the crucial issue of the level of government debt that National might be prepared to incur, there is no answer.

“We will need to wait until next year before determining our debt target, as conditions are changing rapidly,” the document says.

Though the document says it wants to see growth distributed evenly across New Zealand’s regions, there is no mention of the Provincial Growth Fund and whether it would continue under a National Government.

The party is not necessarily opposed to the concept of the fund; during the coalition negotiations in 2017, there were suggestions that National was trying to put together a package of economic initiatives which might satisfy NZ First’s desire for a regional fund.

The document is also silent on the future of the living standards framework and the wellbeing approach to the Budget.

Instead, it promises to return to the policies of the Key/English Government.

“National will reintroduce targets in health, education and law and order as they have a proven track record of delivering better outcomes for New Zealand families,” it says.

“National will continue the proven Social Investment approach to Government spending, which this Government has largely abandoned.”

But it does see room within the current overhaul of the Public Finance Act for moves which could resemble the wellbeing approach.

“National will consider amending the Public Finance Act to improve accountability and reporting of results of all Government spending as part of annual processes.

“National will ensure the Treasury has a greater focus on providing sound advice on the effectiveness of Government spending, identifying wasteful spending and driving higher productivity in the public sector.”

The document also promises reform of the Resource Management Act which is actually underway anyway.

National’s problem with this is that some of its key stakeholder organisations like the Employers and Manufacturers Association in Auckland (whose President is the party’s Auckland regional chair, Andrew Hunt) have financed and are playing a leading role in the development of ideas for reform of the Act being lead by the Environmental Defence Society.

That reform process which has been in-depth and has extended over a considerable period of time is not mentioned in the document.

Instead, it says it will “rewrite the RMA”.

There was an option to undertake a more radical rewrite of the Act than Environment Minister David Parker is proposing by rewriting the Local Government Act and the Land Transport Act and examining their crossover into the  RMA at the same time – a move supported by groups like Infrastructure New Zealand and the Productivity Commission but ignored in National’s policy.

There is the expected promise to lift the ban on offshore oil exploration and a hint that a National Government would hurry up the review of Department of Conservation stewardship land.

Ultimately this is an election campaign document.

The website includes a large “donate” button and a lengthy “survey” which is really a series of statements that people are invited to agree or disagree with and then supply their names and electorates.

If you do, you can expect to hear more from the party! That is what it is all about.