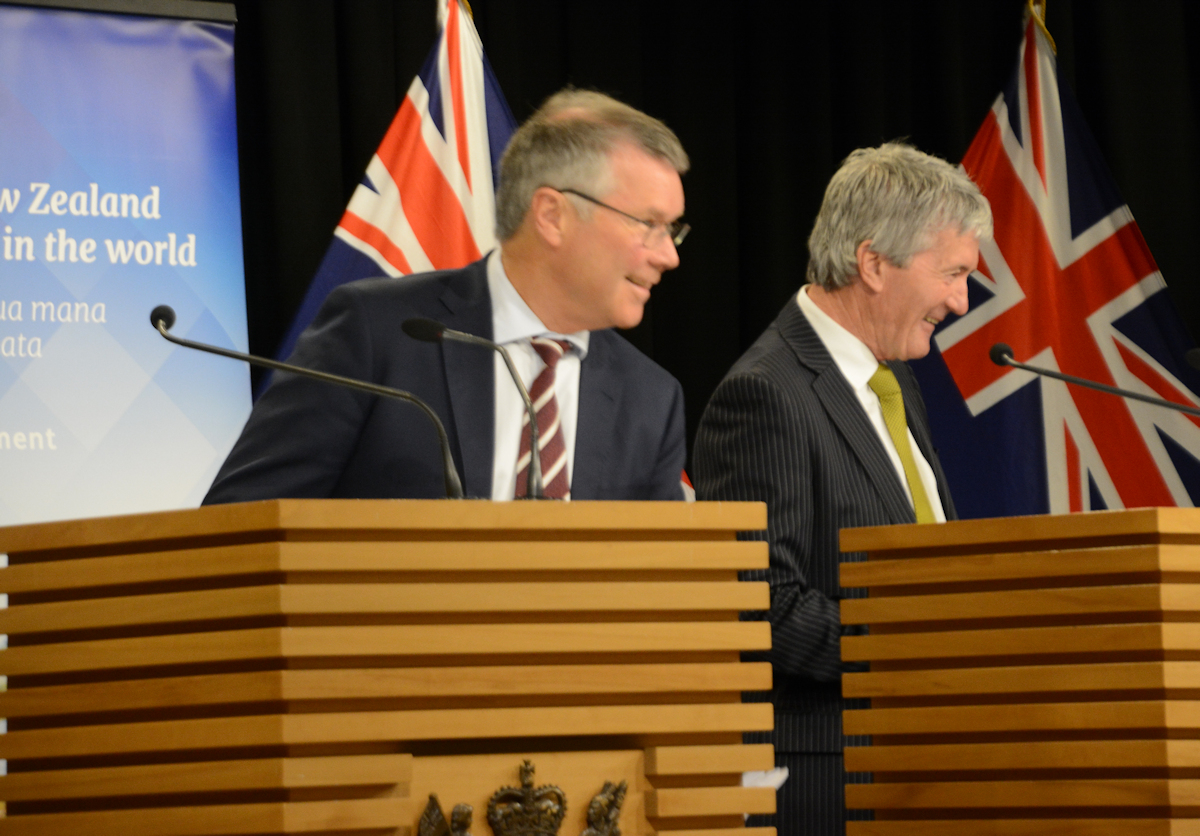 And there are suggestions the proposals could see whole sheep farming districts converted to trees.

A tough new National Policy Standard for water quality in streams and rivers requires nitrates to be reduced by 85% from the currently allowed limit. 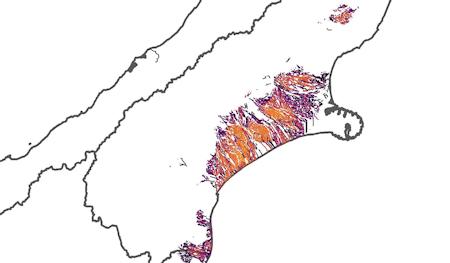 A map supplied by the Ministry for the Environment shows that while most North Island farms are below the current upper limit now; most farms in Canterbury are not.

And the Ministry says economic modelling suggests reductions in nitrates on this sort of scale could reduce disposable income (profit) on a Canterbury dairy farm by as much as 84 per cent.

The limit is not formally confirmed; there is a consultation period that will run till October 17, and a round of consultation meetings kicks off on Monday. It will then kick in in 2025.

There will also be interim limits to apply in eight specific high-nitrate catchments across the country where the biggest nitrate discharging farmers will be given 12 months to bring their levels down to average levels in the catchment.

But ultimately the decision whether to stick with the new long term limits will be a political one.

Even the Freshwater Science and Techincal Advisory Group who proposed the new limit say in their report that “the level of toxicity allowed for in a national bottom line is a policy call.”

And the political battle was well underway by last night. 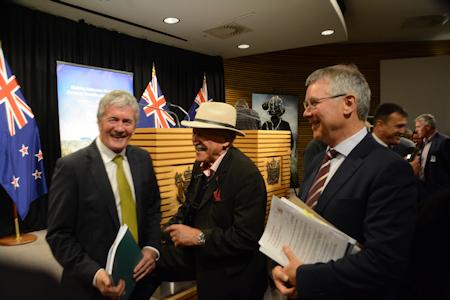 The reaction from Federated Farmers was immediate and their Environment and Water spokesperson Chris Allen, said: “It becomes very hard to continue economically farming animals or growing vegetables under a regime like this.

“The long term targets for nitrogen reduction, are effectively unachievable in some parts of the country, and will end pastoral farming in these areas.”

Because they were not part of the Minister’s advisory process that developed the proposal, farmer lobby groups like Dairy NZ were not invited to the press conference in the Beehive.

The fact that the Freshwater Leaders’ Group and the Technical Advisory Group  included no owner-operator dairy farmers  but did include  a number of strong critics of dairying’s role in water pollution added to a perception among some farming groups last night that they were being snubbed and that this Government had got it in for them.

National’s Agriculture spokesperson Todd Muller echoed that with his response to the proposal by saying that it was “a gut punch to rural New Zealand from a Government that continues to heap pressure onto our most productive sector.”

Agriculture Minister Damien O’Connor conceded that at the moment farmers were under pressure for a number of reasons, but he dismissed much of the criticism from the farmer lobbyists as “ridiculous.”

“If you had said that in 84 no-one would have believed you.

“Such is the ability of farmers and the agriculture sector to innovate and adapt.

“I believe we can do this.”

The Regulatory Impact Statement from the Ministry for the Environment shows that a nine per cent drop in nitrogen losses from a case-study Canterbury dairy-support farm, indicated an 8 per cent fall in earnings before interest and tax (EBIT), and an 84 per cent fall in disposable surplus (earnings after depreciation, interest, and tax).

“This reduction in disposable surplus is partly driven by the significant debt levels on the case study farm,” the statement said.

The whole suite of proposals unveiled by the Government yesterday is complex and varied.

The National Policy Statement (NPS) will come into effect in 2025. Local authorities must follow an NPS when they draw up regional plans. This means that the authorities will need to have their rewritten district plans in place by the end of 2025. 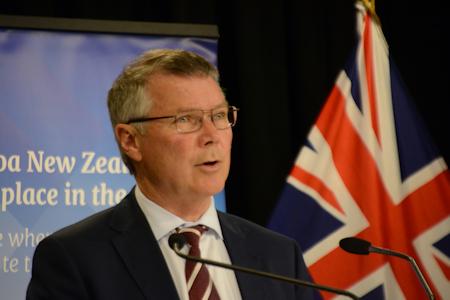 It is the Government’s goal that within five years environmental reporting should show evidence of improvement in water quality, but Environment Minister David Parker conceded yesterday that it would take decades to restore the waterways “to the state our communities want.”

In parallel to the NPS is a National Environmental Standard (NES)  which contains more controversial measures on winter grazing, irrigation, high-risk land-use changes and feedlots.

An NES is basically a set of regulations and applies across the country.

The Government got some support from the rural sector for its proposals.

Fonterra tweeted: “We support the Government’s freshwater goals and will support our farmers in achieving them. Healthy freshwater is important to our country and integral to our strategy to create more value from our New Zealand milk.”

Greenpeace Executive Director, Russel Norman liked that: “Good on Fonterra for embracing the future of farming while @FedFarmers whines. Fonterra knows their future depends on having high environmental standards – not the dirtiest food on the shelf.’

But most farmer organisations were either highly critical or, at best, sceptical.

Dairy NZ  CEO Tim Mackle said the package provided an opportunity for everyone to have their say “in this important conversation.”

“We know we can’t farm without healthy water and land, and we reflect this in our Dairy Tomorrow sector strategy, and we need to acknowledge the work that’s already taken place,” said Dr Mackle.

“Our dairy sector is already on the journey to improve and protect water quality, and our farmers have been working towards this for more than a decade.”

But he told POLITIK that it was likely that during the consultation period, DairyNZ would challenge some of the science that has been applied.

He said “eco-system” health of a waterway was not necessarily solely determined by Nitrogen or Phosphorous levels.

“You may do it through other means,” he said.

IrrigationNZ  CEO Elizabeth Soal said the proposals would put a stop to ‘finger-pointing’ and were a step toward New Zealand taking a strategic and holistic approach to managing this precious resource for the benefit of all.

“We are particularly relieved to see that the benefits of irrigation have been recognised as an important contribution freshwater makes to the country’s well-being and resilience to climate change,” she said.

““The signals are, however, serious if we look at what is being proposed in terms of minimum flows, regulations for water measuring technology, new nutrient bottom lines, water quality and timelines to implement this – but we are prepared to work with government and sector stakeholders to get the outcome fair and right.”

The irrigation industry will be particularly hard hit by the limits on intensification and conversions which have recently largely been driven by new irrigation schemes.

There is a particular concern among sheep and beef farmers who fear that they will now lose the option to convert to dairying if prices for their meat and wool fall.

That would leave them with afforestation as the only option to preserve their income.

The loss of conversion opportunities could also impact on their land values.

Beef and LambNZ Chair, Andrew Morrison said modelling suggested 68 per cent of drystock farms in the Waikato/Waipa catchment would be converted into forestry as a direct result of the proposed regulations, while more intensive land uses largely remain the same. 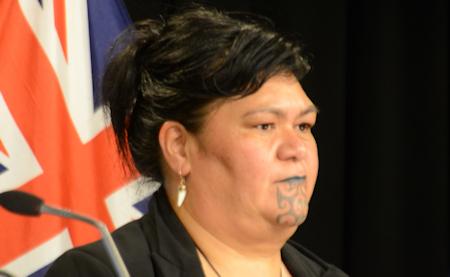 Central to the studies that produced yesterday’s proposals was the work of the Kahui Wai Maori group set up by David Parker as a substitute for the iwi Leaders’ Forum freshwater group.

The Kahui Wai Maori report was dated April but only published yesterday; since it was signed off the Waitangi tribunal has produced its report on water with its proposals for co-management of waterways and mandatory allocation to Maori within catchments.

On Monday, the Prime Minister, simply said there would be no decisions on allocation until after the next election.

But yesterday Parker said the allocation issues had to be dealt with.

“These allowances for nitrate discharges have to be fairly shared amongst those wanting to farm,” he said.

“We have to achieve fairness for Maori who want to develop their underdeveloped land, which means that New Zealand cannot avoid the allocation issues.

Parker said officials were working on a set of draft proposals  now, but they were likely to be complex and involve changes to the Resource  Management Act

Maori Development Minister Nanaia Mahuta told POLITIK that many Maori landowners were looking to diversify their land use, particularly into horticulture.

“The real challenge will be access to water,” she said.

“The areas where there is potential for further economic development in the north and along the coast, the biggest challenge is access to water.

Mahuta said that while allocation had not been addressed in the proposals announced yesterday, and it was an issue “that we need to get our heads around and try and address.”

In purely cynical political terms, Labour can easily withstand an attack from the farming community; after all, farmers are the National Party’s historic base. What Labour will be looking to gain will be votes from urban dwellers and young people who worry about the degradation of the country’s waterways.