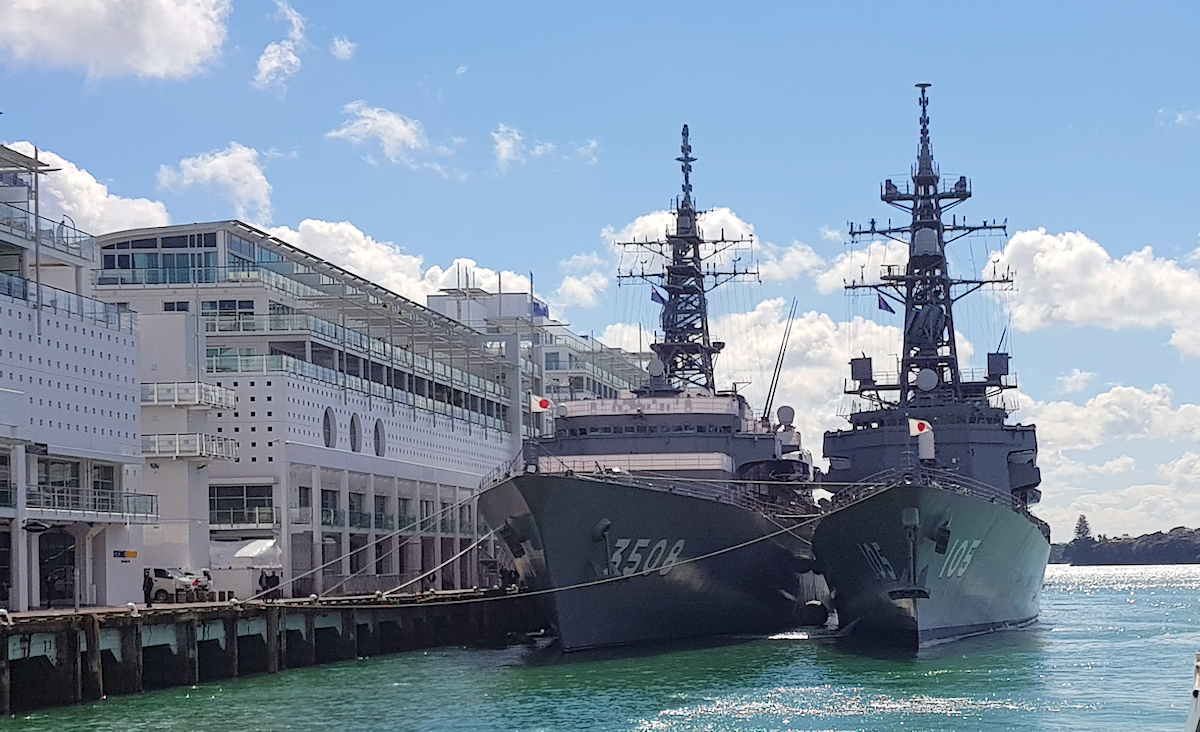 In his recent speech at Victoria University of Wellington, Australian scholar and strategist Hugh White laid out his analysis of that country’s (and by extension, New Zealand’s) future strategic needs.

The substance of his approach was reported in POLITIK last Tuesday

His story is compelling, but not necessarily definitive.

White argues that the future strategic environment will be one in which the United States will not be able to guarantee security, in which the current rules-based order is likely to break down and in which states will have to look out for themselves in a way they have not had to for the last 70 years.

All of this because of the rise of China and the United States’ apparent abdication of any leadership role in maintaining global or regional security.

This should mean, according to White, armed forces that look quite different (and be more expensive) than those currently being developed by Australia. They would not rely on the US for military heavy-lifting and their primary role would be that of maritime denial through the extensive use of submarines to make any attack on Australia so expensive as to be unthinkable. This is a strategy of risk avoidance, which is completely unexceptionable as a strategy although quite narrow in its focus and expensive to maintain.

The future strategic environment is as true for New Zealand as it is for Australia, White says, and the solutions could also follow White’s prescription. White is, though, careful to note that the answers are New Zealand’s business.

What then should New Zealand do?

It could accept White’s analysis and follow his formula to develop armed forces capable of deterring any military threat to the country, either in collaboration with Australia or independently.

Or New Zealand could develop its own strategy, either by using the same starting point and developing a different approach, or by making a different determination of the future and the appropriate responses to it.

Must we accept that the future will be one in which the rule of international law breaks down completely and where states are in continual threat from neighbours, not just from China, but also perhaps India, or Indonesia, or any other large state (again according to White)?

The world order may be disrupted, it is unlikely to be destroyed.

If this assertion about rules is correct, New Zealand’s response should be to engage closely with the international community as new rules are being developed so that at least New Zealand’s (and like-minded states’) views are heard.

But it is the military component of the future that is central to White’s thesis. If we take an alternative view of the future, then our armed forces may need to be different from what they are today, but they may not need to be as White would have them.

This is still likely to be a dangerous world, probably more dangerous than the world of the last three decades.

In a recent editorial, the New Zealand Listener argued, when discussing the likelihood of war in the future, that although ‘we should hope for the best, it’s wise to prepare for the worst’.

What is the worst? We need to look at likely rather than conceivable worst cases.

It’s not the worst case of general nuclear war. That is quite unlikely and in any case New Zealand’s military capabilities will neither help prevent such a war nor protect New Zealand from its consequences..

It’s also not the worst case as envisaged by White, which is war between major states that could directly threaten Australia or could drag Australia into the conflict. That case is less likely than other alternatives, especially in terms of threatening New Zealand..

What should New Zealand prepare for then?

Most likely in the future environment are threats by ‘bad’ states to the global commons – the high seas and their resources, the sea-lanes, cyber networks, the Arctic and Antarctica. Threats, to international order are also likely to come from internal conflict leaching across borders and turning domestic conflict international. There are many examples of all of this today and they have the potential to affect New Zealand adversely through disrupting the international system..

Dealing with these kinds of issues can be dangerous, but not dangerous to the order of magnitude from the future predicted and feared by White.

And dealing with these kinds of issues requires international cooperation rather than self-sufficiency. Diplomacy will be as important, if not more so, than military strength.

New Zealand then should embrace military links with like-minded states in Asia, in the Middle East and in Europe. Such links could be purely transactional, established for a specific purpose, or they could involve relationships informed by a shared sense of values.

These need not be traditional military alliances with an open-ended commitment, which White, probably correctly, does not believe can be relied upon. More likely, there will be fluid webs of linkages forming and reforming on specific issues. The armed forces will be one component of these relationships, but not the only one.

Ideally, there would be complementarity between the force structures developed by Australia and New Zealand’s own forces, but that says nothing necessary about the roles of the respective armed forces.

It could be, for example, that Australia takes the lead on preparing for maritime deterrence against potential invading forces, with New Zealand supporting with those elements of its own armed forces that would fit. New Zealand for its part would lead on behalf of both countries in the ‘little conflicts’ of the disrupted future, supported by Australia.

This is as likely as hoping that New Zealand would choose to add 15 percent or so of capabilities to Australia’s maritime deterrence as suggested by White.

More realistically, each country will develop its armed forces according to its own assessment of needs and then seek to maximise interoperability and operational coordination between the armed forces.

In the future environment New Zealand will need maritime forces, both at sea and in the air, not to deter potential invaders but to help like-minded states deter those, both states and non-states, who attempt to disrupt the international system.

This means light but fully militarised warships and also naval patrol vessels. Probably, it means more of each than we currently have. It also means long-range maritime surveillance capabilities – whether flown with a crew or remotely through drones or satellites.

It certainly does not mean submarines as White’s prescription would have it. Submarines are for a completely different strategic approach.

It probably does not mean some form of military amphibious assault capability. That is expensive and designed for landing troops against a significant opposition. One of the less likely requirements in the future described.

New Zealand may also want to be able to help neighbouring and friendly states to combat armed disorder. For that, land forces are needed. These forces need to be able to operate offensively and be able to protect themselves without relying on the goodwill of a friend or ally.

And New Zealand needs to be able to support its operational elements with a logistics capability.

Sovereignty protection in this world then becomes an outcome of the fact of armed forces, rather than a raison d’etre for them.

New Zealand is best defended by working for a stable international order rather than by working to prevent through military means a possible, but improbable, attack on the country.

If this means that New Zealand remains a small power, as White puts it, rather than a middle power as he wants Australia to be, so be it. New Zealand will be a small power that has placed wide risk management and cost effectiveness ahead of narrow risk avoidance at almost any cost. In New Zealand’s approach, the value would seem to outweigh the likely costs. The same is not necessarily the case for the alternative.