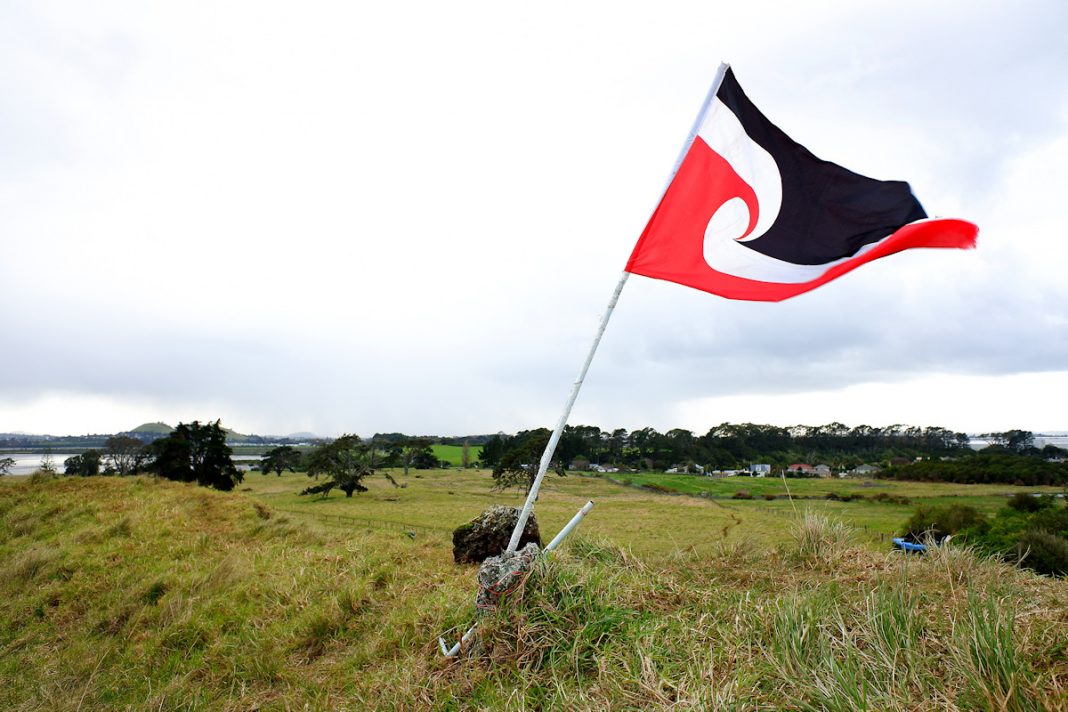 The Maori King has thrown the Ihumatao dispute back to the Beehive, and the pressure will now go on the Prime Minister to find a solution.

All along she – and other Government Ministers – have said they would respect the views of the Mana Whenua at Ihumatao.

That was underlined yesterday in a statement from the spokesperson for King Tuhetia, Rahui Papa.

“Kiingitanga acknowledges the Prime Minister’s early Intervention in the dispute and the confirmation by Ministers and MPs that the views of mana whenua are key as is a ‘by Maori for Maori’ solution,” he said.

But the question at Ihumatao has been “Which Mana Whenua”; the older kaumatua who supported Fletchers building houses on the land or the younger protesters who want the land saved and who want to challenge many of the foundations of the Treaty settlement process.

The statement by the King yesterday would seem to suggest that the original leaders from Ihumatao and the younger protesters have come together.

Now that means they both together are challenging the Prime Minister.

“Although the land has remained occupied, mana whenua representatives have engaged in good faith discussions under the cloak of Kingitanga and have reached a unified position on Ihumaatao,” said Papa.

“Mana whenua agree they want their land returned so that they can make decisions about its future.

“Kiingitanga has conveyed the views of mana whenua to the government and urged it to negotiate with Fletchers for the return of Ihumaatao to its rightful owners.”

The protest group, of mainly younger members of the Te Akitai iwi within whose rohe Ihumatao sits, were certainly arguing yesterday that the Government should buy the land.

“There is money there both from the Auckland Council and the Government that can be put towards this kaupapa,” said Qione Matata-Sipu, a spokesperson for SOUL.

“There are things that Fletchers could do to help have this land returned.

“Now is the time for those parties to come together.

“Jacinda has said for the past six weeks that she was waiting for this process to come to an end; for the King to find the consensus or the resolution.

“That has now been sorted, and it is time for the government to start playing the game.”

But the Government’s options are limited.

Initially, they had hoped that Tainui would buy the land, possibly with some sort of financial help from the Government.

All along, they have been anxious to avoid any suggestion that they were buying the land as compensation for Te Akitai and the treatment they received during the land confiscations that took place after the NZ Wars.

Te Akitai were part of Kingitanga which opposed the British army.

The iwi is currently negotiating its Treaty settlement with the Crown. The Crown has offered a number of Auckland properties as part of the compensation package including the Ihumatao Stonefields, the property adjoining the protest property.

Given that the value of the protest property is now said to be near $40 million, there would be no financial room to include it in the package if the Crown were to buy it.

It would also raise questions about the Crown using private land for Treaty settlements, which both Labour and National have said they would not do.

But it appears the Mana Whenua have abandoned any idea of the land’s return being part of a Treaty settlement.

“Mana whenua agreed the return of the land Is outside of the Treaty of Waitangi settlement process and therefore requires an innovative and modern solution that does not financially disadvantage iwi,” said Papa.

the acting Prime Minister, Winston Peters, was mystified by the King’s statement.

All along Peters has said  that he would be guided by the Mana Whenua,

“At the end of the day, it’ll come down to this, and it will always in Māoridom come down to this: who’s been keeping that land warm over the centuries, all the way to 2019?” he said back in July.

“That, in the end, will be what guides the system in this country and, indeed, Māori understanding and Tikanga as well, not just a view of a whole lot of outsiders.”

He repeated that yesterday.

“We have a statement today by Kingitanga that they and the local mana whenua,  which I regard as the people that kept the land warm and were in control of the place in question,  that they had come to an agreement,” he said.

“But looking very carefully at that press statement its is not so clear as to what they mean by that.

“We take it to mean we are working on a conclusion and the nature of which we still don’t know.

“That’s what I’ understand by that.

“So the Government’s position simply is. that it’s for them in terms of establishing authority and it’s a work and a work in progress.

The protest at Ihumatao is ultimately a challenge to the Treaty settlement process, and the Prime Minister is now caught in the middle.

Certainly NZ First and even some of her own Ministers will not allow any solution which is seen to compromise the Treaty settlement process.

Yet there is an expectation among many in Maoridom that she will resolve the impasse.

“We watch with interest now to see how true Jacinda Ardern is to her word that ‘the views of mana whenua are key, as is a ‘by Māori for Māori solution'”, said Maori Party President, Che  Wilson.last night.

“If there were ever an issue that Ms Ardern should be held to account for, it’s the issue that’s played out at Ihumātao.

“I reminded her at Turangawaewae of her statements at Waitangi, where she asked to be held to account.

“That time has now arrived, and her leadership will be judged on whether she keeps her word to mana whenua and to Māori.”

Yesterday’s announcement by King Tuheitia did not make life any easier for Jacinda Ardern.

It could have been a good day

So far, so good

Army and police to show no tolerance

Nobody got a bargain