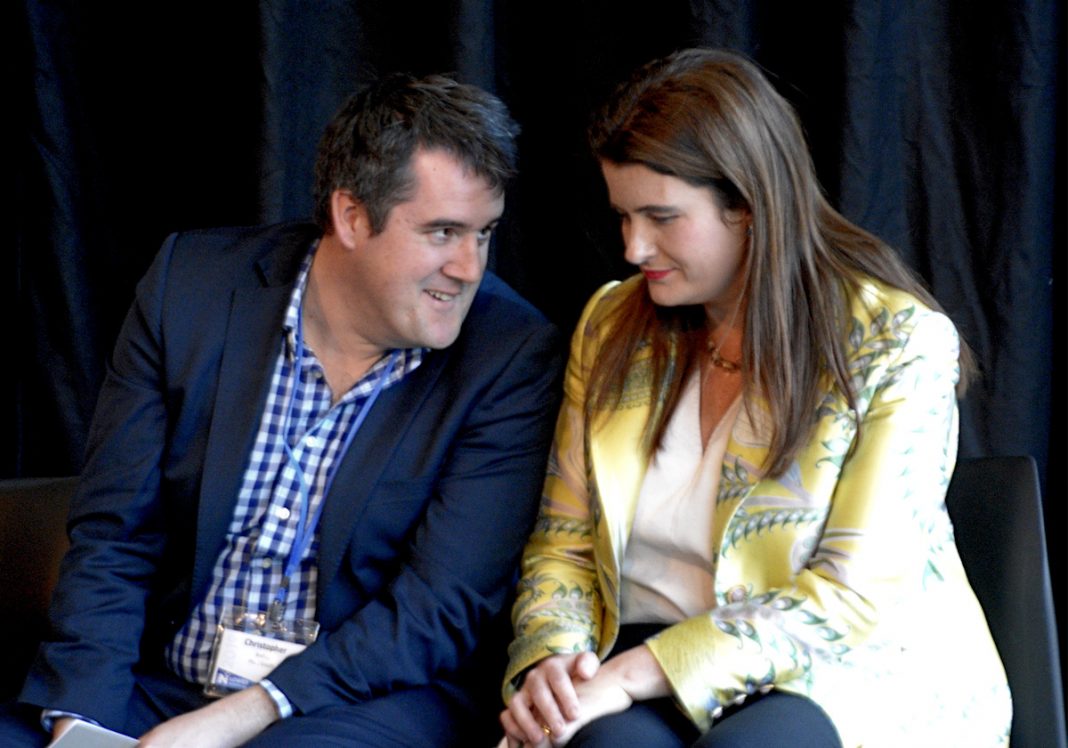 Her proposal that the party scrap the Resource Management Act drew immediate support from ACT but silence from a number of National Party stakeholder organisations who have already been working on reforms to the RMA.

Her stance was in marked contrast to her colleague, Chris Bishop, who also released policy yesterday which took up proposals to ease traffic congestion Auckland that have long been promoted by business groups such as  Infrastructure NZ and the city’s Labour mayor, Phil Goff.

Those same groups have been working for the past three years with the Environmental Defence Society to produce a draft of a proposal to reform the RMA.

Nationa’s Environmental spokesperson, Scott Simpson, has also been close to the process.

But Collins has given that only a passing acknowledgement and instead come up with a radical proposal to do away with the Act and start again.

Instead, she promised that National would introduce a “developer-friendly” RMA.

“A National-led Government will replace the RMA with transitional legislation as we work towards getting a new development-friendly law in place that is efficient and predictable,” she said.

“The building and construction sector once exemplified the best ‘can-do’ spirit of New Zealand, but this has been ground out of people by planning rules and their application.”

In contrast, the reform project supported by the Auckland Employers and Manufacturers’ Association (EMA) , the Property Council of New Zealand and Infrastructure NZ argued that central to the propositions they proposed was the need for environmental bottom lines or limits.

“There is widespread agreement across society that we need to protect our natural world better,” said the EDS Executive Director, Gary Taylor.

“But our lens for this work has not just been an environmental one.

“The project has taken a wide focus, including the need to enable sustainable economic development and improved social outcomes including in our towns and cities.”

Colline said in her press statement that “the work of the Environmental Defence Society, EMA, Planning Council, Business New Zealand, Infrastructure New Zealand and others feature prominently in the alternatives we present in our Building NZ discussion document.”

But the document simply asks respondents whether they support the EDS proposals and then goes on to ask about Scottish, Queensland and South Australian resource management models and then asks general questions about how much legislation should protect the environment.

But Seymour was sceptical National would do anything once in office.

“We’ve been here before, however,” he said.

“ Despite John Key promising in opposition to fundamentally reform the RMA, and National having multiple opportunities to do so with ACT’s support, it never happened.

“National and ACT had a majority in 2008, but, despite pressure from ACT, National wouldn’t budge.

“The Nats refused to discuss the RMA in coalition negotiations in 2014.

“We still have the emails.

“In 2017, ACT and United Future offered to help Nick Smith cut planning red tape, but in the end, he did a disastrous deal with the Māori Party which included iwi co-governance arrangements.”

Then Transport Minister Simon Bridges was equivocal about congestion charging when he was in government which may have been more due to reluctance on the part of John Key and Stephen Joyce to back it because of their unwillingness to “tax” Auckland motorists.

But Bishop has proposed a formula which would see fuel taxes go and be replaced by congestion charging and road user charges.

Bishop has clearly listened to the Auckland business lobby who have been arguing for congestion charging for the past four or five years.

“A lot of people have been keen on it for a while now,” Bishop told POLITIK.

“At the same time, as you know, we are also looking at moving to a road user charges instead of fuel tax to pay for roads. “

Interestingly, one of the reasons Bishop gives for moving away from a fuel tax is that the growth of hybrids, EVs and hydrogen-fueled vehicles were limit its potential to deliver funding.

But he is cautious about how extensively congestion charging could be rolled out.

“We’re not we’re not talking about doing that on every ride in the country,” he said.

“We’re talking about a revenue-neutral way and where there are alternatives.”

Bishop is also proposing a bring back a number of four-lane roads scrapped by Labour onto the construction pipeline and he is proposing to improve public transport by overhauling governance in Wellington and Canterbury, providing greater support for ride-sharing, and accelerating the rollout of integrated ticketing.

“The great modern cities of the world all have multi-modal transport systems where public transport, walking, cycling, and increasingly scootering are valued parts of everyday life,” he said.

But in his press statement to accompany the launch, National’s leader, Simon Bridges, emphasised that National would invest “in the safe, efficient, high-quality highways that motorists deserve in return for all the tax Labour has stung them with.”

Congestion charging came at the bottom of his list of National’s transport policies after a promise to “Decrease the use of random speed cameras and increase signposted cameras.”

And on the Resource Management Act, all he said was that National would “keep the Kiwi dream of homeownership alive by freeing up planning rules and restrictions around consenting to make sure houses and infrastructure gets built.”

But he may find that Labour’s laborious programme to reform the RMA creates a vacuum which allows National to dominate the debate.

How Bridges flushed out Muller

ACT is back with more members, more money and a bold new plan

Those who could depose Bridges