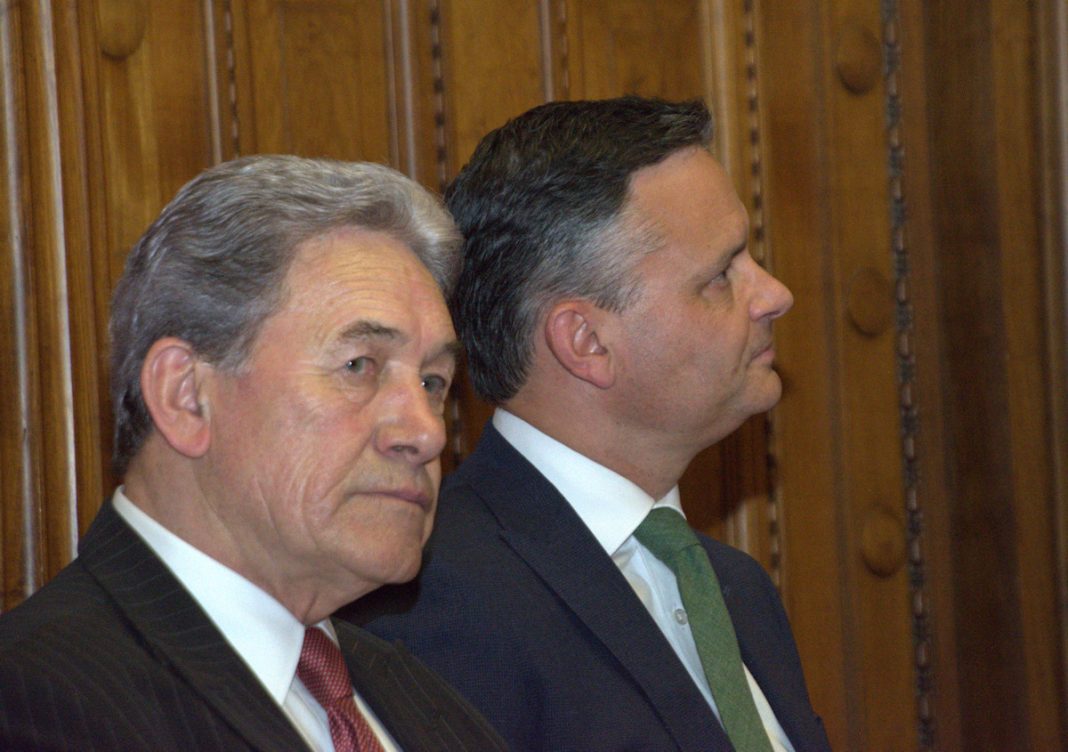 Climate Change Minister James Shaw has thrown down the gauntlet to politicians by yesterday announcing the members of the Climate Change Commission.

All six of his appointments have extensive experience in climate change policymaking or research. Three are scientists.

They will advise the Government on emissions targets.

But it is the politicians, particularly the Cabinet, who will now have to make the hard calls on how to implement the recommendations.

Given that New Zealand is already lagging behind its pathway to net zero emissions by 2050, some of those calls will have to be tough.

Deputy Prime Minister, Winston Peters, reminded the announcement launch that it was NZ First who has secured in the coalition agreement the right of the Government to have the final say ion the advice of the Commission.

“The National Party and all the other parties wanted to have an independent commission,” he claimed.

“We felt the parliament and the Government should be making these decisions transparent and out in front of the public.

“Our role is to act responsibly; having heard the best of evidence from this Commission.

“That’s the nature of politics.

“You take the advice, and then you make your best experience, your best decision based on serious experience. “

But though NZ First has been something of the odd man out throughout the Zero Carbon Bill negotiations, there is little doubt that the relationship between Shaw and National on this issue remains close and that they are both committed to maintaining the bipartisan approach which saw National vote for the Zero Carbon Bill.

Shaw took National’s Climate Change spokesperson, Scott Simpson, to the Madrid meeting of the Conference of the parties who are signed up to the 1992 UN Convention on Climate Change. (COP25).

Shaw included Simpson in some of the bilateral talks he had there.

“That was a bit of a shock to people from other countries but was generally regarded as the gold standard because it signalled our long term policy stability, not that there won’t be plenty of arguments about the detail, but a general sense of direction is very significant,” he said.

And Todd Muller, National’s Agriculture spokesman (filling in for Climate Change spokesperson, Scott Simpson, who is still on his way back from the Madrid climate conference) endorsed the appointment of the panel.

“We supported the establishment of this commission,” he said.

“We think it’s right that they provide independent and considered advice as to how we make the transition effectively as a country in a way that maintains the small rural communities in New Zealand just as much as maintains the Aucklands of New Zealand.

“They have to reflect deeply on how best to do that.

“And we think an independent commission is the best way to do it.

“The people nominated by the Government today we have broadly supported.

“Now, the work begins, and part of the work is collectively earning the respect of the wider country with the way they deliberate. “

There is a  strong emphasis on agricultural expertise on the panel, which points to the immediate challenge it faces; dealing with methane emissions.

Shaw revealed that he is “actively considering” a request from the agricultural sector to have the Commission bring forward its review of the 2030 – 2050 methane targets included in the Zero Carbon Bill which currently range from 24 – 47% and have been greeted with outrage by farmers.

“The next frontier for us that’s certainly in the next five years is around how we measure and manage price and reduce agricultural greenhouse gas emissions,” said Shaw.

“So it is important that we have people on the commission who understand that dimension.”

Carr is a former deputy governor of the Reserve Bank and a highly regarded economist.

“There is no doubt that this is as much about resource allocation; what do we produce? How do we produce it? What are our preferences for what we consume? Those are inherently economic questions,” he told journalists at the Commission announcement.

Carr also emphasised that the Act will require that the Commission consider the impacts of what it advises on people’s personal incomes.

“The Act is also very clear that we need to consider the distributional impacts of the advice that we give,” he said.

“And that is very important because often macroeconomics has left distributional outcomes to the markets to determine.

“And it’s pretty clear that our advice needs to take into account the distributional impacts of the advice we offer.”

All of which, added together, suggests that under Carr’s leadership this is going to be a pragmatic Commission.

But even so, it faces huge challenges.

One will be cot continue to convince the public that the economic and lifestyle changes they will face will have a point.

“This is only going to work if we’re all in it together and it’s only going to have people involved if they understand the context in which this advice is being offered.”

Even Peters seemed on board with that.

“Now they’re going to have to sit out there and persuade all New Zealanders that climate change is something we can sustainably deal with, and no one will be disadvantaged,” he said.

Shaw can already claim a big victory for commonsense with his Zero Carbon Bill but yesterday’s announcement of the Commission and the bipartisan support it has got will only add to that reputation.

But how long the bipartisan mood will last will depend on the political calculations that whoever is the Government in 2021 makes about the Commission’s first carbon budget for 2021 – 25.