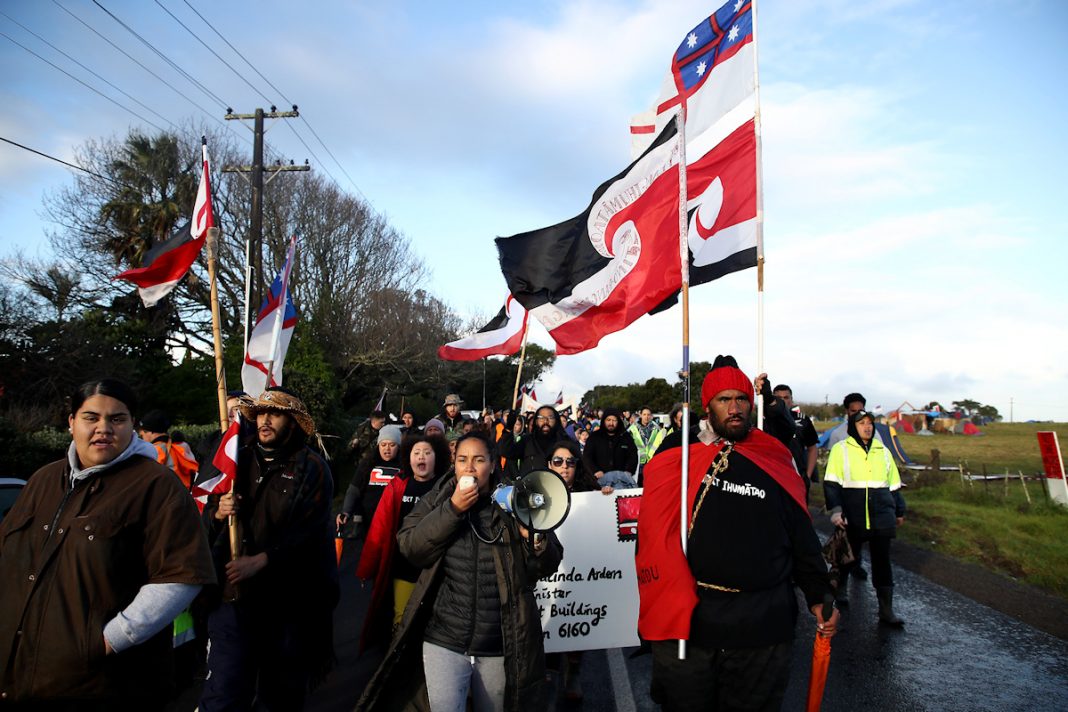 Proposals that the Government grant the Auckland Council around $40 million to purchase heritage land intended to enable the Council to purchase the controversial Ihumatao site are likely to lead to a showdown at Cabinet today.

The proposal to have the Council “reimburse” Fletchers for handing back what the Council will now say is heritage land is designed to avoid the claim that the Government is intervening in a treaty settlement.

But NZ First Leader Winston Peters has consistently opposed any Crown intervention at Ihumatao, and his support for any deal involving a large payment would seem unlikely.

Last week he dismissed the idea that a settlement was close – contradicting both Finance Minister Grant Robertson and Auckland Mayor, Phil Goff.

“This is a long-range discussion that will take a long, long time to be completed,” he told NewstalkZB.

Peters has argued that the existing manu whenua at the site – who the protesters want to replace — are the people who should make any decision about its future.

“At the end of the day, it’ll come down to this, and it will always in Māoridom come down to this: who’s been keeping that land warm over the centuries, all the way to 2019? “ he told a press conference in July last year.

“That, in the end, will be what guides the system in this country and, indeed, Māori understanding and tikanga as well, not just a view of a whole lot of outsiders. “

The dispute at Ihumatao is a complex one involving Tainui. The iwi, Te Akitai, is currently negotiating its treaty settlement but the Ihumatao site cannot be included as compensation because of the principle that no private land should be used for treaty settlements.

Given its value of $40 million, it may also be outside the financial boundaries of the proposed settlement figure.

However, the protesters have always proposed that using the Council as a vehicle might get around that.

“There is money there both from the Auckland Council and the Government that can be put towards this kaupapa,” said Qione Matata-Sipu, a spokesperson for Save Our Unique Landscape (SOUL) said last July.

Because of the Tainui connection, King Tuheitia has been involved in trying to negotiate a settlement, a process which ended last Wednesday when he lowered his flag at the site.

Finance Minister, Grant Robertson, issued a brief statement acknowledging the role played by the King in trying to reach a settlement at the site

.
“At the request of mana whenua we asked the King to lead the process, and I want to recognise his expert leadership in a complex situation and commitment to finding a way through that all parties can be happy with,” the statement said.

“We will continue to work with all parties to reach a resolution. We are mindful of Fletchers’ position as the legal owner of the land, and a satisfactory settlement with them is an important part of a resolution.”

Auckland Mayor Phil Goff, speaking to Radio Waatea last week `gave some more hints as to what had been going on.

He said the land had significant cultural and heritage value.

“It’s probably the first area of habitation in the whole of Tamaki Makaurau, and it has a historic and therefore and also a cultural significance,” he said.

And he confirmed that a change of ownership was being discussed.

“I would hope that in the next couple of weeks we could we could see the agreement on the future in terms of ownership and use of the land and governments of the land,” he said.

And he confirmed that a possible obstacle could be getting Cabinet approval.

“The Prime Minister can’t do something until she has a sign off by cabinet,” he said.

POLITIK believes that NZ First will not, at this stage, agree to the proposal being worked on by the Government. That need not stop the Prime Minister with going ahead with the deal. Cabinet does not work on votes, but consensus.  But the question would then be how far would NZ First want to take their opposition.

Ihumatao talks continue behind the scenes at Waitangi

Robertson and Fletchers to talk Ihumatao