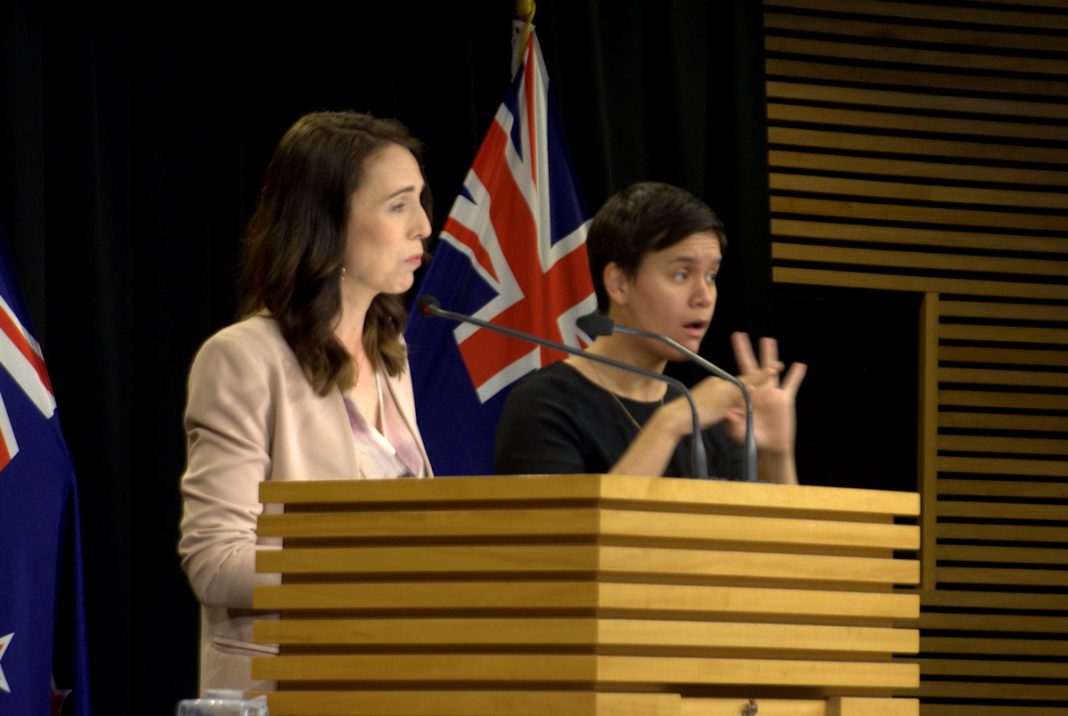 In a sign that the Government is now seriously worried about the impact of the coronavirus, the Prime Minister moved yesterday to stamp her authority on the response to the global epidemic as the Ministry of Health reported two more suspected cases.

The Director-General of Health, Ashley Bloomfield, said the cases were not confirmed but came “close to the suspected case definition.”

The virus  presents the global economy with its greatest danger since the 2008 financial crisis, according to the OECD’s latest Interim Economic Outlook. released last night.

Even in the best-case scenario of limited outbreaks in countries outside China, a sharp slowdown in world growth is expected in the first half of 2020 as supply chains and commodities are hit, tourism drops and confidence falters. Global economic growth is seen falling to 2.4% for the whole year, compared to an already weak 2.9 % in 2019.  It is then expected to rise to a modest 3.3% in 2021.

Growth prospects for China have been revised down sharply to below 5% this year after 6.1% in 2019.

But broader contagion across the wider Asia-Pacific region and advanced economies – as has happened in China – could cut global growth to as low as 1.5% this year, halving the OECD’s previous 2020 projection from last November.

It is a reminder that the worst is yet to come with this virus.

The Government is going into full emergency management mode.

CEOs from Ministries and Departments met yesterday morning for a regular meeting with the Department of Prime Minister and Cabinet, but this one was dominated by preparations for how to cope with a more extensive spread of the virus in New Zealand and with its economic impact..

And the Prime Minister, Jacinda Ardern announced yesterday that she would chair a special Cabinet sub-committee to oversee both the health and economic aspects of the virus.

This is consistent with the way the response to the crisis is being run from the Department of Prime Minister and Cabinet in much the same way the previous Government responded to the Christchurch earthquake.

She said the sub-committee would “ensure we maintain a tight, coordinated government response.”

“We have had a group of ministers with power to act, and they’ve been meeting often over the phone as required,” she said. The establishment of the committee would now formalise their role.

Ardern said she and the Finance Minister Grant Robertson had meetings planned last night with Business New Zealand and the Combined Trade Unions.

“This will include situation updates from the Ministry of Health, Treasury and MBIE,” she said.

“We will be looking into additional effects in our supply chain and focus our discussion on short to medium term and long term interventions,’ she said.

Later in the week, she plans to meet with Air New Zealand and her Business Advisory Group.

In the meantime, she announced a series of measures designed to assist workers who might be facing redundancy.

She said Cabinet had approved an extra $4 million for the Regional Business Partner programme, a business advisory programme, which is run by the Ministry of Economic Development and local Chambers of Commerce.

Container movements through Auckland port were down 25% last week, and Kiwirail is reported to have seen freight volumes fall.

Bank economists yesterday predicted that the Reserve Ban would move aggressively to lower interest rates through the rest of the year.

Kiwibank, in a note from its economics team, said the exponential spread of the virus outside China was likely to cause a large contraction in global industrial production in the first three months of the year.

“The length of time it is likely to take to contain the virus means the probability of a recession is moving from possible to probable,” the note said.

They include a worst-case scenario which deals with a global recession.

“We are not predicting the worst here, but we are planning for it,” she said.

“And that is what you would expect any government to do.

The growing seriousness of the global epidemic has put an end to any possibility that the Government might relax the travel ban on Chinese students studying at New Zealand universities.

“We did thoroughly investigate the option of exemptions, but we were not convinced that we could maintain that priority; that number one principle which was ensuring the public health of every New Zealander,” Ardern said at her weekly post-Cabinet press conference.

Asked if the Government would consider compensation for the Universities who stand to lose a significant slice of the $300 million a year Chinese education market she said that was not something the Government had considered.

(Laos, Thailand and Cambodia do not have travel bans on China.)

The refusal to allow the students to come to New Zealand is becoming a problem in the country’s relationship with China.

The Chinese Ambassador to New Zealand, Wu Xi, has again on Friday at Victoria University repeated her reminder that the World Health Organisation “does not recommend any limits on travel and trade with China.”

The fact that the Foreign Minister is on the new virus Cabinet sub-committee is an indication that the Government is worried about issues like the relationship with China and also concerns in the Pacific that they countries there may get the virus from New Zealand.

That in itself is an indication of how complex the response to the virus is having to be.

It looks likely to dominate politics for the next few weeks.