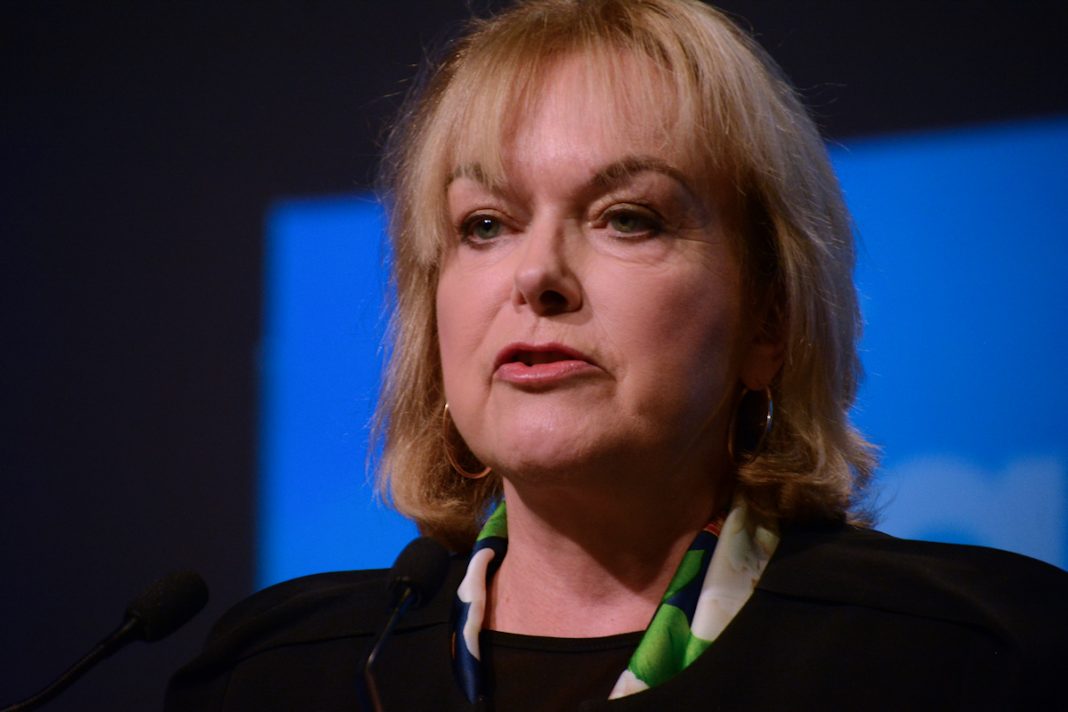 This was a continuation of her role within the National Caucus as its leading climate change sceptic.

POLITIK has learned from a number of sources that she came much closer last November than has previously been acknowledged to persuading the Caucus to oppose the Zero Carbon Bill.

She lost the caucus vote, but only narrowly.

Many MPs now see that vote as a proxy on National’s leadership.

Had Collins won, there is a view that Simon Bridges leadership would have been at risk because he supported the decision to vote for the Bill.

But her questioning of Whineray at the Finance and Expenditure Committee turned into a debate in which the protagonists were clearly at cross purposes.

Collins simply refused to engage with Whineray’s argument as he explained why the Fund had divested from Genesis.

He told the Committee that the Super Fund had divested its shares because the company ran the coal-fired Huntly Power Station.

“What we’ve done is we’ve set some targets for reducing our exposure to climate change risk in the portfolio, and we define their exposure as carbon emissions intensity,” he said.

He said that the market didn’t do a good job of pricing climate change risk.

“We need to take that into account in  our investment approach, we need to do that across all companies,” he said.

It was clear from his comments that one of the key risks he saw associated with Genesis was how it would cope with an increase in ETS unit prices and how that would impact its profitability.

But Collins ignored that argument.

Instead, she said up to 15 per cent of our electricity generation during a dry winter came from Huntly.

“How would that affect all the other investments in New Zealand that you look at, given that we would then have brownouts and blackouts unless this electricity was replaced in some way,” she said.

But Whineray persisted trying to explain how the ETS price would affect the company’s profitability.

“If the carbon price is much higher, which is the risk that companies like Genesis run, then clearly that affects their long run cash flows,” he said.

Collins ignored that instead asked what  would happen to the Super Fund’s other  investments “when you have no guaranteed electricity supply?”

“If  Genesis suddenly faces a much higher carbon price, it can still run, but it means that it’s not worth as much anymore,” said Whineray.

“So should an investor continue to own that?

“We think that that’s a real risk for the company.”

But Whineray was wasting his time.

Shortly after this exchange, Collins tweeted: “V.concerning hearing that under the Virtue-screaming Govt, the NZ SuperFund will not invest in Genesis Energy because GE owns the Huntly power station! That power station is the difference between power on or off during ‘dry’ winters. Happy to be smug while Kiwis suffer.”

It was left to Labour MP Kiri Allan to sum up the politics of the situation.

“Do you think that this group of politicians knows more than you than what you should be investing in?” she asked Whineray.

“I couldn’t possibly choose after that,” he said.

Though Collins’ emphasis on climate change may raise a few eyebrows in National’s Caucus, both she and Finance spokesperson, Paul Goldsmith, also questioned Whineray about the NZ Super Fund’s responsible Investment Framework.

The Fund’s investment policy statement says that “responsible investors must have concern for environmental, social and governance (ESG) factors because they are material to long-term returns.”

“We meet regularly with them to discuss particular issues that are arising in portfolios.,” he said.

“We established the New Zealand Corporate Governance Forum, which is a broader one not just for Crown institutions but for other fund managers as well to really set some guidelines around investor expectations for corporate governance as opposed to, for example, to FMA requirements,” he said.

The Super Fund might find they get more support from National’s Leader, Simon Bridges than they do Collins on the Greenhouse Gas Investment policies.

Speaking at the weekend at his party’s Blue Greens Forum in Nelson he attacked the Government’s offshore gas exploration ban because he said, it meant that power stations were having to burn coal.

“We need to reduce emissions to meet our Paris targets,” he said.

“I want all of us to get behind our vision where National is as strong on the environment as we are on the economy.”

There has never been much doubt about Bridges position on climate change. He is a former Associate Climate Change Minister and attended the Paris conference in 2015. He likes to boast of his role in introducing electric vehicles into New Zealand when he was Minister of Transport.  But he did so inside a Government where prominent members like Bill English and Paula Bennett were more sceptical.

And that scepticism among a section of the Caucus still exists. There were only around 13 MPs present at the Blue Greens Forum, which is maybe a sign that many MPs are either sceptical or indifferent to climate change policy.

That appears to be the political itch that Judith Collins wants to keep scratching.