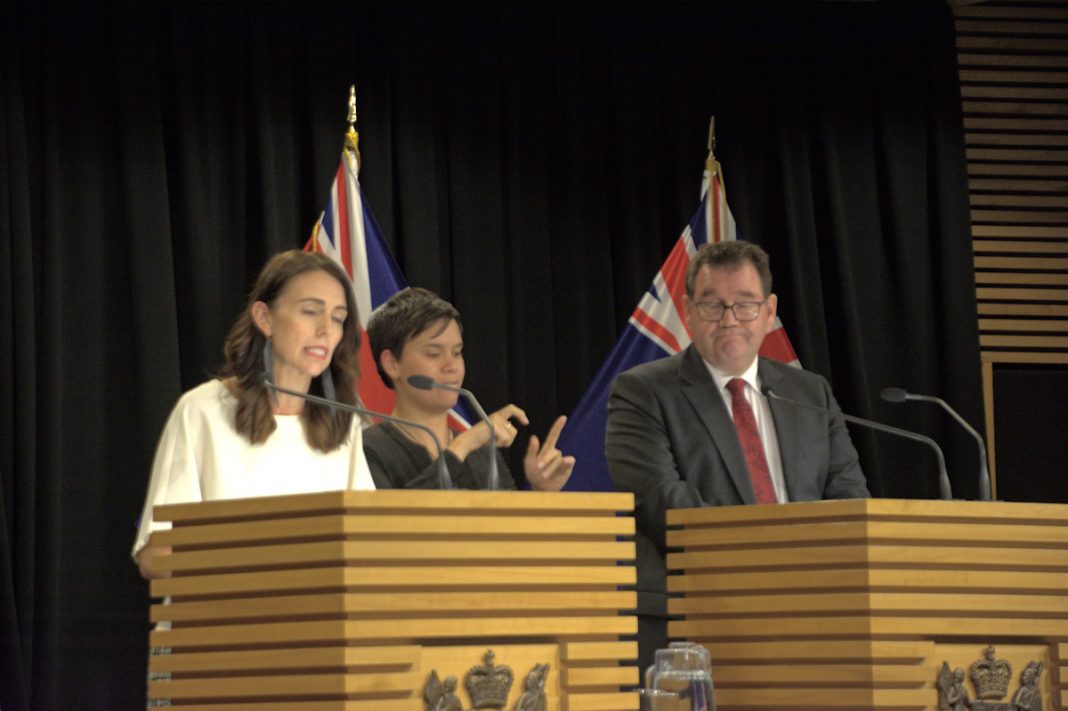 The Government is planning a two-stage response to the coronavirus economic crisis.

First up, it will deal with the consequences of supply chains – both inwards and outwards — being disrupted.

Three Ministers, Phil Twyford, Stuart Nash and Damien O’Connor, will today visit Nelson to look at the consequences of the cut off in seafood exports to China and the impact that is having.

Meanwhile, bureaucrats in Wellington are trying to design a package of measures that will be able to discriminate between businesses that are affected and those that are not.

And then, if (as would seem likely) the crisis continues through to the mid-year there will be a second, more macro-level economic response.

That would be likely to include more spending and possibly some taxation moves.

There were ominous hints yesterday that the Government now fears the worst. The Prime Minister said the removal of the stand-down period for those who have lost their job and need to go on a benefit would extend for eight months. (Almost the end of the year.)

The international signs are not good; oil prices have crashed by 30 per cent dragging stock markets down with them. Australia shares fell 7.94 per cent yesterday, and Wall Street futures looked set to follow European markets which fell by around eight per cent when they opened on Monday morning

The S&P/NZX 50 index was down a relatively modest 2.9 per cent yesterday, but the Australia S&P equivalent was down 7.94 per cent.

Even so, the Finance Minister Grant Robertson was unwilling to accept the argument from the BNZ yesterday that we were now entering into a recession.

“I’ve been very clear for some weeks now that the first quarter of this year was going to be a very challenging one where any growth is hard to find,” he said.

“I don’t think we’re in a position right now to alter the view that we’ve been given, which is that the New Zealand economy remains robust.

Though the Government is to announce what it is calling a “business continuity” package of targeted assistance next week, it is preparing a contingency plan which would see some additional economic announcements around the time of the Budget.

POLITIK understands these announcements might not be part of the Budget but could be part of a stand-alone package similar to the “Families Package” which Robertson introduced in December 2017, shortly after the Government assumed power.

That package repealed National’s tax cuts and modified Working for Families while it also introduced a range of benefit changes.

However, the moves being worked on now and expected to go through Cabinet’s Coronavirus Subcommittee on Wednesday are primarily aimed at business and workers.

As part of the package:

Robertson conceded that developing some of these policies was complex.

“We also have to accept that this is a rapidly evolving situation and that over time, some of those criteria elements may change as we move through the process,” he said.

“ But for now, the feedback I’ve had from businesses and industry groups when I was speaking to them last week and over the weekend is that there’s an understanding that this is affecting people in different ways.

“We’ll continue to monitor that.

“But we can design a package that supports that.”

One industry leader spoken to by Robertson over the weekend was Retail NZ CEO, Greg Harford.

“He certainly reflected the fact that for some retailers there have been issues, particularly around accessing inventory,” he said.

“He did say that a number of those retailers have now either found different places in which to source their products or have been able to source them from where they were.

“He suggested that for most retailers who have problems now it is cash flow.”

Robertson also had a long-standing meeting with the Bankers’ Association yesterday.

“Depending on the customers’ individual circumstances, potential options for support include:

.There is debate about the role the Reserve Bank should play in the crisis with its next Official Cash Rate adjustment due on March 25.  But given that the current OCR is one per cent; it doesn’t have much room to move.

The ANZ said in its “Weekly Focus” publication that it saw the OCR reaching 0.25% by May, “but (we) think the RBNZ should tread very cautiously from there, given the risk that credit availability is impaired when policy rates go super low or negative.”

The Reserve Bank has been investigating what it calls “unconventional monetary policy”, which includes negative OCR rates,  since 2018.

A study published then by the Bank suggested the tools available could include moving the OCR into negative territory, purchasing domestic and foreign government bonds, purchasing interest rate swaps, and providing term-lending facilities for banks.

“I think it is important that we get some clarity around the kinds of options that are available,” Robertson said.

“I certainly have a strong expectation, and I know he shares it that were there to be so-called unconventional monetary policy which I might say is not on the cards but were it to be some time in the future there would be discussions with the Government because obviously, this is a situation where fiscal policy and monetary policy, come close together.”

It is that fiscal policy which will the subject of the second statement due around the middle of the year.

And Robertson suggested yesterday that the statement would be a response to the Government’s worst-case scenario which is built on a global pandemic and a global downturn.

Almost certainly that would see New Zealand in recession.

“We have to keep in mind that this is a rapidly changing situation and we have been planning for multiple scenarios today,” he said.

“I can also confirm that Cabinet has directed officials to work on a package of longer-term issues that may be required to support the economy, businesses and workers.

“I reiterate that while we are planning for that situation, we are not predicting it, but it is responsible to do that planning now.”

There are now bureaucrats in many Government Ministries and departments working fulltime on the response to coronavirus.  The fear is that this could become the biggest crisis to face this country in many years.