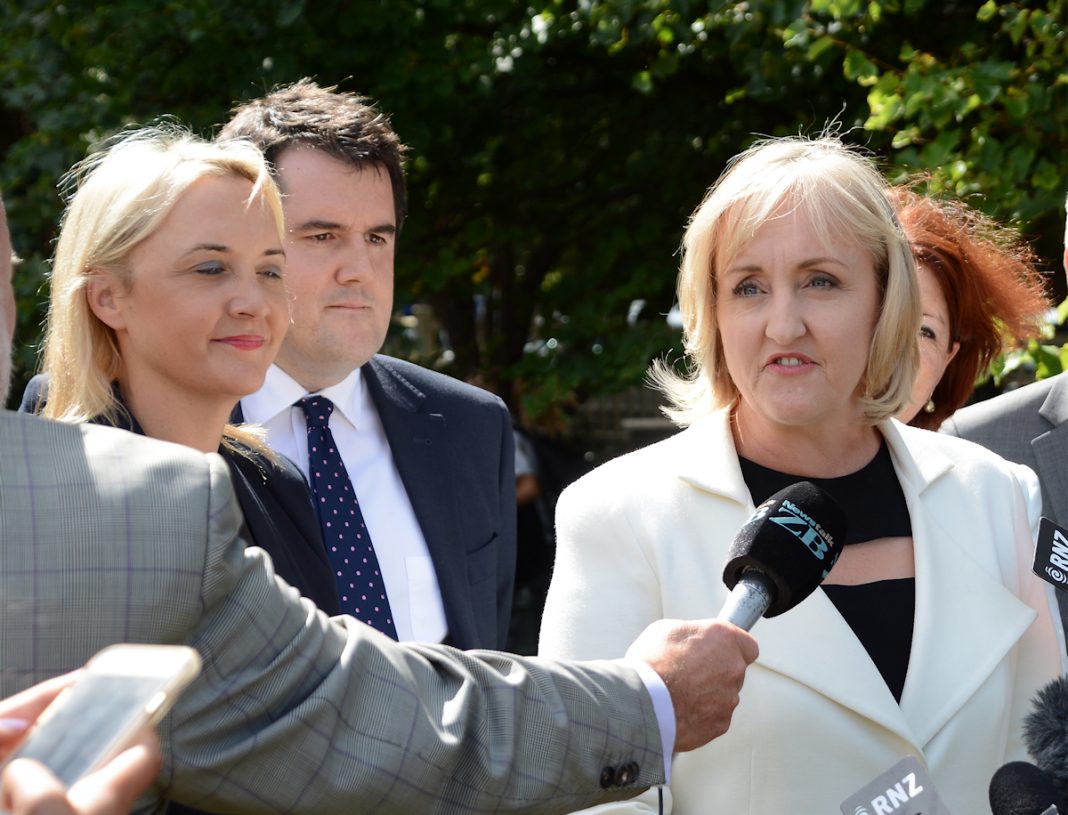 A deep division within National’s caucus spilled over for the first time into Parliament’s Debating Chamber last night as members voted on the Bill to decriminalise abortion.

But more significantly the opponents also included Simeon Brown, Chris Penk and Simon O’Connor; all part of a strong conservative Christian faction within the National caucus.

In what was clearly a direct reference to their speeches last night, National’s Selwyn MP, Amy Adams said that throughout the debate a number of people in the House, particularly those supporting the Bill, said they respected  “the rights and the views of everyone in this house and their views in the debate are all valid.”

“Interestingly enough, I haven’t heard that much of those views expressed by the voice of those opposing this legislation,” she said.

“And I find it somewhat staggering that those who preach freedom of expression and religious tolerance the most are the least tolerant of those who are supporting this legislation.”

”This is a bill which the Prime Minister herself is behind,” he said.

“I say that once again for the public: this is a bill that the Prime Minister, Jacinda Ardern, is behind.”

O’Connor said the Bill provided no rights, no recognition, and no dignity to the human child that was developing.

“On days like today, I’m actually not a pessimist,” he said.

“Because I can smell the fear in this House from the pro-abortion side—the absolute reeking, stinking fear.”

Despite that, he acknowledged that the Bill would pass.

“But a day is coming where that if you will, concern and fear will be reversed when the truth continues to come out for those who speak for life will be heard once again, loud and clear,” he said.

“History is replete with that.

“But I finish with a little indulgence to myself, and it’ll get me into trouble, but one thing I do want to say to the good people, and I won’t translate for here, but it’s ‘Mihi vindicta: ego retribuam, dicit Dominus’.”

(That is a reference to Paul’s Epistle to the Romans, Chapter 12, verse 19 which reads: “Dearly beloved, avenge not yourselves, but rather give place unto wrath: for it is written, Vengeance is mine; I will repay, saith the Lord.”  )

Adams said those who were voting against the Bill “their views are their own.”

“But I think they are out of step with New Zealand,” she said.

“I think this House is in grave danger of becoming far more socially conservative, than New Zealand.

“And we do a disservice to New Zealand when we get out of step with the views of New Zealand.”

She said she had listened carefully to the views of her constituents in her semi-rural Canterbury Selwyn electorate and they were that abortiion law reform was a “no brainer”.

“And yet we run the risk of allowing a very vocal minority, largely, in my view, directed by the religious leaders of across New Zealand, although I accept that may not be true for all,   to derail important legislative reform,” she said.

Adams is known to have shared similar thoughts with a number of her colleagues in recent months since she announced her retirement.

POLITIK has been contacted by people from within the National Party who had similar concerns.

(paragraph removed relating to other National MP’s denominational affiliations which incorrectly named Judith Collins as a Catholic. She voted for the legislation.)

But what Adams has thrown a spotlight on is the division within National’s caucus between thee extreme conservatives on the one hand, and the middle of the road and liberal MPs, on the other.

That surfaced during the caucus debate last year on whether to support the Zero Carbon Bill which was eventually passed by what one MP described as only a slim majority.

It is also apparently evident at present as the party discusses how to respond to the coronavirus issue.

There were, apparently, those who wanted to oppose the Government’s travel ban announced over the weekend.

There are some who argue that winding down party activities to enable social isolation would be an over-reaction.

National has always had its liberals and conservatives, but the two sides have generally kept their differences inside the caucus room.

Last night they did not.

Speculation that Nikki Kaye may quit