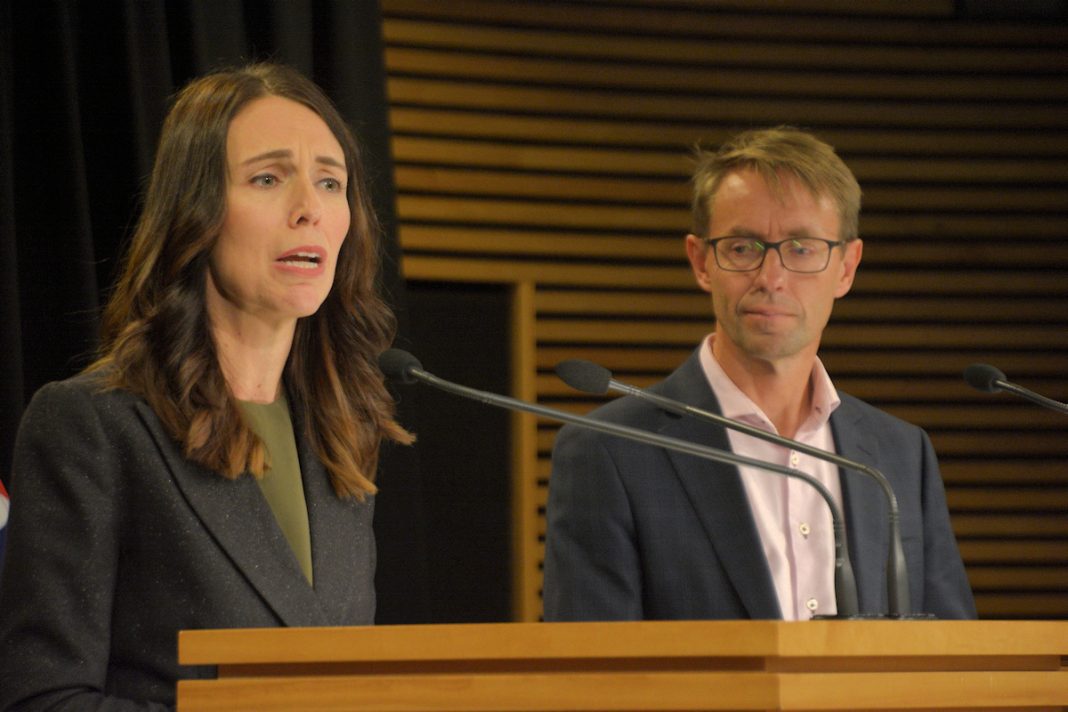 Cabinet will meet earlier than usual today, and it faces what may ultimately prove to be a historic choice on how to manage the coronavirus pandemic.

Does it continue the incremental step up of countermeasures which has defined its progress so far or does it bow to the growing pressure, particularly from the medical profession,  demanding it move to a total lockdown of the country in a bid to stop the virus from spreading?

The Cabinet meeting will take place against the background of both New South Wales and Victoria moving to comprehensive shutdowns from Tuesday.

Up until now, the crisis has been run as a health crisis and the Director-General of Health, Ashley Bloomfield,  has been the face of the Government’s response.

That may change today.

There are immediate problems

The message about social distancing has apparently not got through to young people with both Ponsonby Road in Auckland and Courtenay Place in Wellington packed with revellers on Saturday night.

There are also multiple reports from around the country of tourists, in particular, compromising their self-isolation.

There may be a crackdown on that.

But there are still problems in the health area.

A Wellington Urgent Care physician from the City’s After Hours Medical Centre, Kelvin Ward, set up a petition calling on the Government to  impose strict border measures “(such as using airport hotels for supervised quarantine) and for the rest of us, shelter in place at home (except essential services) for a number of weeks.”

” Let’s stand together as experts of the medical community and call for the New Zealand Government to immediately follow the examples of Singapore, Hong Kong and Taiwan, which resulted in successful containment,” Ward said on the petition website.

“Specifically, there should be immediate quarantine (not self-isolation) of COVID-19 positive patients; extensive testing and contact tracing; self-isolation of all asymptomatic contacts and mandatory social lockdown.”

The petition started shortly after mid-day with medical professionals but by late last night had over 50,000 signatures, many from the general public.

Ward has endorsed the comments of University of Otago Public Health Professor, Mike Baker, who has called for a tougher response.

Asked about this at her Saturday press conference, the Prime Minister simply said: “There are public health experts who have said we should be doing exactly what we’re doing.”

There are practical limits to testing, for example, with no more protective gowns available for GPs in one Primary Healthcare organisation in Wellington.

The Director-General of Health, Ashley Bloomfield, seemed to acknowledge those practical limits in his joint Saturday press conference with the Prime Minister.

“ We can increase the capacity of testing if we need to.,” he said.

“I just want to reiterate the points I make each day that it is important that the right people are tested, and that means people who might be at risk of having covid-19, because it’s not just the capacity in the labs and the squabs and the reagents, it’s the staff in the labs.

“By working long hours, we want to make sure that we are using their capacity to test in a way that helps us identify cases and then contain them.”

But there may also be reluctance by the Government to tighten up controls for economic reasons.

“I think that we should remember that this will be with us for some time,” said Ardern.

“So we have to make sure that when we move, that we are able to sustain our response.

“This will not leave in weeks. It will be here for some time.”

The argument that we should conserve our resources was also present in Bloomfield’s letter earlier last week to GPs on the criteria for testing.

“While the volume of testing is going to increase, I ask you to continue to apply the case definition when considering who you should test, and to use testing supplies and personal protective equipment with prudence,” the letter said.

“There is no indication for the testing of asymptomatic people.

“Covid-19 is likely to be with us for some months, and it is important that we ensure the availability of supplies for the coming stages.”

It is this caution that is frustrating many in the medical profession and is said to have been behind some clashes between New Zealand First and Labour Ministers last week.

There may have been a hint of it in an interview NZ First Leader, Winston Peters gave Radio NZ last Thursday.

He said a full lockdown of the country and the closure of its borders would be discussed at an emergency Cabinet meeting that afternoon.

“We’ve got to look at all the possibilities,” he said.

“The consideration of all these issues is imminent.”

But it seems only the closure of the borders to all non-New Zealanders was agreed.

On Saturday the Prime Minister unveiled four alert stages which would define policy towards the virus on any day.

She set the current level for two which required that;

The fourth stage is a total lockdown.

That will be what will be implemented in New South Wales and Victoria on Tuesday.

But the Government in Wellington is clearly worried about the economic consequences of any protracted shutdown.

“In reality, we’re talking about many months of needing to manage this virus,” said Finance Minister, Grant Robertson on TVOne’s “Q+A” yesterday.

“We now have a clear framework that I think all New Zealanders are able to understand, and they need to be assured we will move rapidly through that framework if the advice changes.”

The Government’s information  sheet on the stages defines the conditions for the most extreme Level Four as  “sustained and intensive transmission and widespread outbreaks.”

The petitioners worry that by then it will be too late.

That is the political gamble the Government has taken. So far, it has been trying to plan for the long haul at the risk of events getting out of control in the short term.

Which way to go on those two alternative policies is the dilemma facing the Cabinet today.