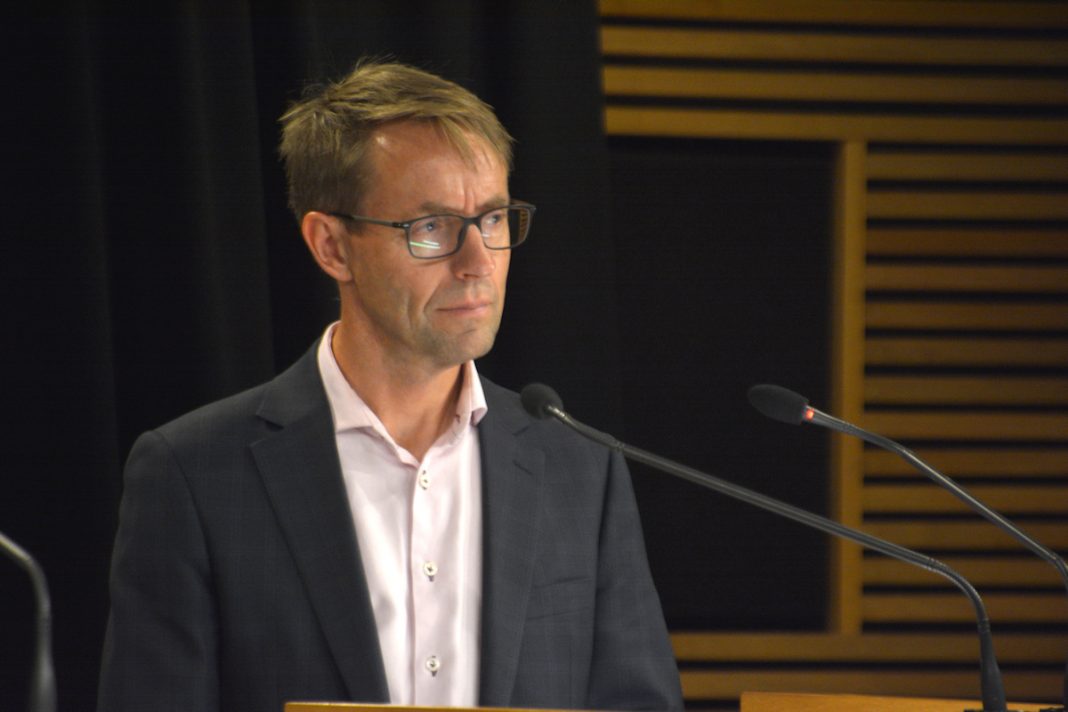 After Day One of the covid-19 lockdown and the week beforehand focussed on that, the grim reality of what this pandemic is likely to do to our health and our economy is starting to become evident.

The country is about to undergo a reality check.

Worst-case scenarios yesterday suggested that thousands could be hospitalised; unemployment could reach 1929 depression levels, and the border could be closed for months.

The consequence of the border closure is that there is a growing understanding in Wellington that the ultimate victim of covid-19 could  be the tourism industry which one Minister told POLITIK yesterday was being “destroyed.”

Meanwhile, there is still confusion around what is and what is not an essential industry.

The grape harvest has been declared essential, but that has raised questions in Marlborough about the huge influx of young Europeans and Asians who have arrived to pick the grapes.

Their arrival has given rise to fears they could spread the virus.

The proprietor of the Grovetown Hotel (between Picton and Blenheim)  Damian Johnson, advised his patrons on Friday that he was closing the hotel because of concerns about the young grape pickers.

“Hey folks sad to say this but we have decided to close our doors as of today,” his post said.

“We have felt so vulnerable the past ten days with hundreds of young winemakers visiting the region to work for the wine harvest… it’s concerning that most of them arrived just days before the border controls were enforced.

We are in full support of trying to slow down a possible outbreak of the coronavirus, so feel this decision is in the best interest of the wider community.”

A Blenheim school teacher, Sarah Gray, has written to the CEO of NZ Wine, Philip Gregan, saying that picking wine grapes to be stored, bottled and drunk in a few years “is not an essential service.”

A very large proportion of staff currently working in more than 100 wineries (and travelling between hundreds more vineyards) throughout Marlborough, Seddon, Kaikoura, Awatere Valley, Wairau Valley, Nelson, Motueka and Marlborough have come from Europe and Asia in the last two to four weeks,” she wrote.

Already the Nelson – Marlborough region has 17 covid-19 cases; second only in the South Island to the entire southern region.

The Director-General of Health, Ashley Bloomfield, yesterday reported  78 new cases to make a total of 283 confirmed and probable cases around the country. He is expecting that number to rise.

“We will expect the number of covid-19 cases in New Zealand to continue to increase over the coming days for at least ten days,” he said at his daily media briefing.

But that is a best-case scenario.

“It’s hard to predict,” he admitted.

“It may get up into the thousands.

“And the key thing here is that we want the turnaround point to be as quick as possible and as soon as possible.

“So that could be in around  ten days time if we are doing what we need to do now.”

The “ten days time” argument would point to the country emerging from Stage Four at the end of the 48 day lockdown period and life and business more or less getting back to normal.

But Bloomfield himself pointed to research published on Wednesday from the University of Auckland’s Te Punaha Matatini which looked at how a suppression strategy would work in New Zealand.

Suppression strategies aim to keep the number of infections to a minimum for as long as possible, by early instigation of control measures.

“This alone cannot prevent an epidemic from taking place indefinitely because there is no acquisition of herd immunity,” the paper said.

“Once control is lifted, a serious outbreak is likely to take place.

“If control measures are lifted altogether, the eventual outbreak could be as serious as a completely uncontrolled epidemic, leading to population-wide mortality rates of around 2%.”

It is what happens at the end of the lockdown that is now starting to preoccupy the health officials and also the politicians.

“One of the things we’ll be watching carefully is what will be the triggers for us to then be able to move down alert levels, to alert level three and potentially two and what residual things we need in place, particularly at the border, to help reduce the likelihood that we get another increase again after that,” said Bloomfield.

“So we’re doing a lot of work looking ahead at that situation now.”

What that suggests is that after the lockdown, international arrivals could continue to be required to self isolate for 14 days.

That could be the final blow for many companies in the tourism industry.

That is one the reasons there were dire predictions yesterday of unemployment rising later in the year to heights not seen since the great depression of 1929.

RNZ reported Shamubeel Eaqub, an economist with Sense Partners, comparing the depression where the  best estimates were the unemployment rate was between 15 and 30 per cent.”

“If the lockdown is successful in stopping COVID-19 in New Zealand and everybody can simply go back to their jobs in four weeks’ time, we could expect the contraction in the first half of the year to be quickly recovered in the second half of 2020,” he wrote yesterday.

“But such an expectation is patently ridiculous.

“We know that tens of thousands of tourism, retail, and hospitality jobs will not be recovered.

“The borders will remain closed for at least six months, with some restrictions likely to last for much longer.”

But the potential challenges of restrictions needing to be re-implemented by the Government at future dates to prevent further flare-ups of covid-19 were the biggest risk to the economy the next one to two years.

“Apart from these challenges, we are most concerned about the potential flow-on effects of the direct job losses caused by the tourism shutdown.

“These losses will lead to a reduction in household spending and business investment that results in other job losses and business failures.”

There are MPs from both sides of the House who expect as we get closer to the end of the lockdown that the economic debate will start to be heard.

There may be some tough decisions for the Government as to whether they risk more infections in a bid to rescue at least part of the economy.

But it is not politics as usual at present.

The face of the Government is now only the Prime Minister and the Finance Minister. Other Ministers are keeping low profiles. The Health Minister, David Clark,  has returned to his home in Dunedin.

Others are declining interviews. The Opposition is saying little and may focus its quesitoning at the special Select Committee next week on officials rather than Ministers.

There are reports that Ardern and Robertson have reached out to a number of high profile business people including Craig Heatley, Sam Morgan and Nick Mowbray and have tasked former AirNZ CEO, Rob Fyfe with acting as a link to business.

POLITIK understands he will work with Trade Minister, David Parker.

Ardern has staked the whole future of her Government (and herself) on this lockdown working.

It’s a bold throw of the political dice.

Another 12 months as the military sort out “system under extreme stress”.