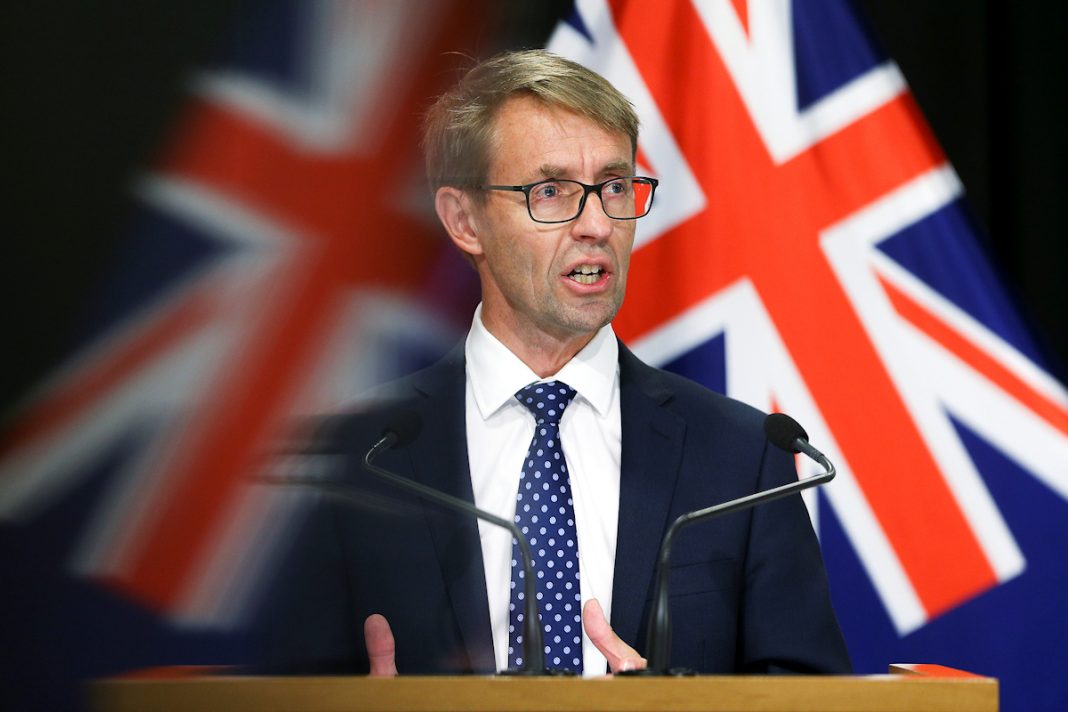 The Government has started to talk about how the covid-19 lockdown might end, but it is doing so as the number of cases yesterday jumped while at the same time there were multiple reports that businesses are beginning to get into difficulties or even fail

And the country’s general practitioners say that as a consequence of the lockdown they are now a profession in crisis.

Yesterday was Day Seven of the lockdown, and the Director-General of Health Dr Ashley Bloomfield reported 89 new cases — the largest one day increase, so far.

Dr Bloomfield expects we will see more numbers like this over the coming week.

“ We expect it to keep rising and we won’t see any impact until another week at least of the measures that are currently in place,” he told his daily press conference yesterday.

“We are starting to analyse the information about where covid-19  is in New Zealand, and we know that we’ve had the most number of cases in the following four district health boards. Southern DHB, particularly around the Queenstown area,  Waikato,  Auckland and Waitemata,” he said.

“And one of the things we now want to do is to look at the details of where those lab tests have been undertaken so that we can build a picture of the rate of testing in each region.

“And that will help inform our decision making about moving between alert levels.”

But the decision about what to do when Level Four ends on April 22 is getting closer.

“We’ve said it would be at least seven to 10 days after the Alert Four came in before we might start to see a turnaround,” said Bloomfield.

“We’ve just seen today our biggest number of daily cases. So we’re clearly not there yet. “

Bloomfield said the All of Government Committee was yesterday discussing how they might they know for sure what is coming out from their scenario forecasting to help determine when we might be able to exit Level Four.

He confirmed that the basic criteria would be “elimination’ – but in these circumstances, “elimination” had a particular meaning.

“The term elimination makes it sound like we can completely get rid of the virus and it will never come back,” he said.

“What the current measures are designed to do is to eliminate it at this point in time, because we’ve got control on the border, we’ve got very strict social isolation or physical isolation mechanisms in place, and testing, contact tracing and isolation.

“So our goal is to get the number of cases right down again, and as soon as we can, we will want to be able to release or step down from alert Level Four to Level Three.

”Bloomfield said the existing Pandemic Influenza Plan had three phases — keep it out; stamp it out and then move to manage it.

“We decided we didn’t want to move to manage it.

“We wanted to stay in an extended keep it out, stamp it out phase.

“We’re trying to do at the moment;  stamp it out altogether.

“But there will be cases will pop up and that’s where we then want to be at a low number so that we can do that.”

But the strictures of the lockdown have begun to claim economic casualties, or more possibly to be a  convenient excuse for economic decisions.

The German-based Bauer Group yesterday announced that it would close it stable of New Zealand magazines including “The Listener”, “Women’s Day” and the Women’s Weekly.”

In a statement, Bauer said the closure was due to the “severe economic impact of Covid-19”.

But Kris Faafoi, minister for broadcasting, communications and digital media, said the company had not sought financial assistance from the Government:

“I need to make clear that in conversations I’ve had with Bauer recently they indicated that they were not interested in looking at what assistance they might be able to call on from the government’s Covid assistance initiatives and that is entirely their commercial decision.”

But the Bauer Group faces other commercial challenges.

The group’s  Australasian operation, of which New Zealand is a part, was given approval by the Australian Competition and Consumer Commission on March 26 to go ahead with a $A 40 million purchase of the Pacific Magazine Group next Thursday, April 9.

But on Monday, the Sydney Morning Herald claimed that Bauer now wanted to restructure the deal and pay less.

The SMH said one senior Bauer source said the company now valued Pacific Magazines at about $20 million due to the expected falls in advertising spending caused by COVID-19.

And a survey by the Royal College of General Practitioners on Wednesday which received   900 replies from  New Zealand’s 5,500 GPs showed that almost 600 had had their work hours reduced.

Many doctors said they’d lost their jobs, were struggling to keep businesses afloat, and didn’t know how they could continue under current conditions.

Dr Samanatha Murton, President of The Royal New Zealand College of General Practitioners, said, the  GP workforce was already in crisis with not enough GPs to serve community needs “and adding a number of covid-19 related factors had created a severe situation for the sector.

The College Medical Director Dr Bryan Betty said doctors were  stretched “beyond breaking point and something needs to change urgently.”

“As well as doctors under pressure, their patients are stressed and have lost their jobs and are financially struggling,” he said.

“Many GPs are not pursuing payments and wearing the cost themselves.”

Dr Murton said that the College’s survey showed that the effect of preparation for COVID-19 had created a new health emergency for GPs in New Zealand who were the very people needed to help New Zealanders get through this pandemic.

“Add to that the cost of ensuring people are safe in GP clinics, remote consultations reducing patient numbers, a reduction of ACC consultations because there’s no sport at the moment, and DHBs cancelling elective and non-urgent procedures meaning no follow-ups with local doctors, and that has created the perfect storm,” she said.

Interest.co.nz yesterday reported Moody’s Investor Services had changed its outlook for the New Zealand banking system to negative from stable.

Moody’s said the outlook reflected its view that disruption from the coronavirus outbreak would weaken New Zealand’s economic growth in 2020, which would lead to increases in problem loans, weighing on banks’ profitability and capitalisation.

.”In particular, a rise in unemployment will hurt the quality of housing loans, which, at about 58%, make up the largest part of banks’ loan portfolios.

“Government support measures and time-limited financial assistance packages by banks will limit the deterioration of asset quality in the short term.”

Treasury is hinting that GDP growth for the June quarter will be down about 17 per cent, but longer-term recovery is going to be sluggish if not negative because of the need to keep the border restrictions in place until a vaccine against covid-19 for the virus is found.

Covid’s back and causes campaign chaos. But who knew what — and when?