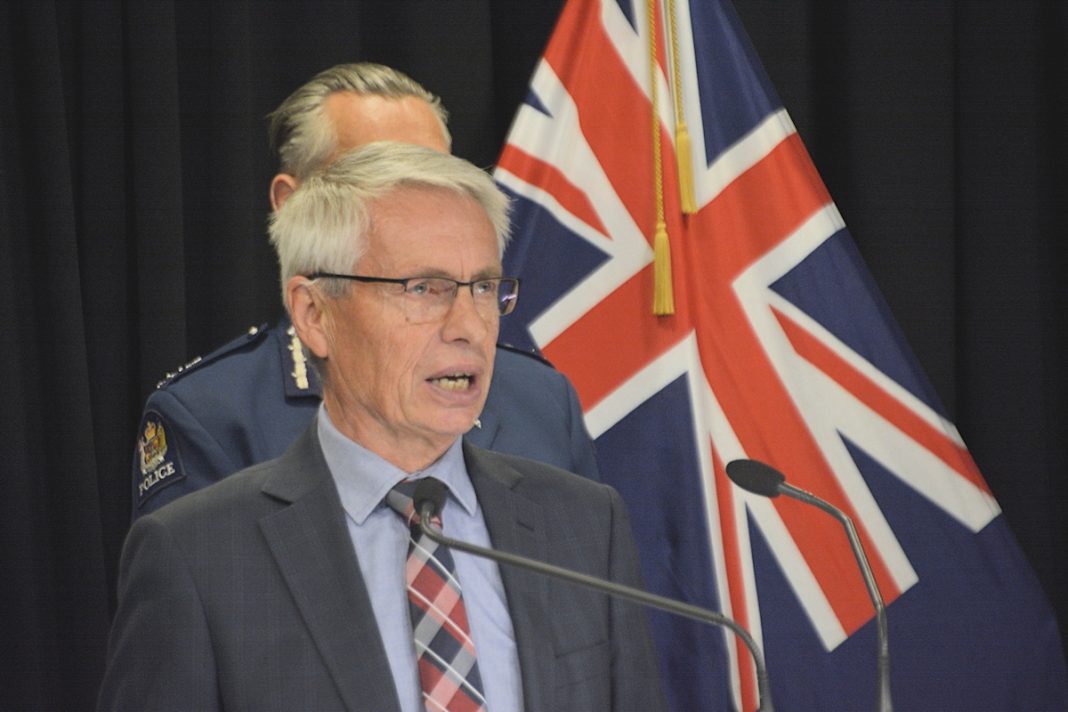 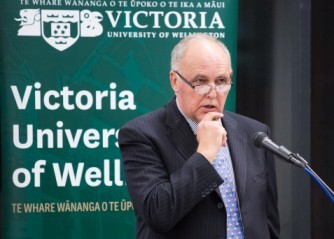 by Jim Rolfe
Jim Rolfe has had a career in both the public and university sector. He started his working life in the New Zealand Army, moved to the Department of Prime Minister and Cabinet as a policy adviser dealing with a range of security issues and completed his PhD while there.
He was Director for the Centre for Strategic Studies from 2013 to November 2015, having previously served as Deputy Director of the Centre and Associate Director of the Master of International Relations Programme at VUW in the period 1991-2001. he is currently a Senior Fellow at the Centre and is currently working on a book dealing with the development and operation of New Zealand’s national security system

In 1987 following the military coup in Fiji, the New Zealand Defence Force was ordered by the Prime Minister to send the army there. The army’s mission was no more substantive than, in effect, ‘be there and do what is necessary to protect New Zealand’s interests’.

That the army did not go owes more to bureaucratic delay (some of it deliberate) than to any analysis of the issues, the purpose of the deployment, the capacity to achieve anything or indeed of any wider government coordination. The machinery for the development of government policy then was ad hoc rather than systematic.

Today, New Zealand has a centralised system for managing its security, introduced in 1987 in part because of the Fijian fiasco. The system is based on existing legislation, (itself the product of a hundred plus years experience in emergency management), precautionary planning (some of it of many years standing), principles and pragmatism.

The system is designed for routine events such as preparation for a major international meeting, for predictable and foreseeable events such as floods or earthquakes, or, let it be said, pandemics, as well as for unpredictable or unforeseen events. And, no matter their scale, it is supposed to be able to operate as effectively during abnormal emergencies as it does in normal times.

The power of the system is that it brings together all relevant agencies under a ‘lead agency’ (the legislated or common-sense managing department for the issue at hand) for each national issue sector. The agencies collectively consider the range of hazards and risks the sector might face, work out how to reduce the risk, be ready for an event should it occur and respond to it once it has occurred.

The most effective, though largely unseen, work is at the beginning of the process before any emergency actually occurs.

Central coordination is through the Department of the Prime Minister and Cabinet, the chief executive of which chairs the committee of chief executives known as ODESC (oh-desk), the Officials’ Committee for Domestic and External Security Coordination.

ODESC in turn reports to Cabinet, normally through the Cabinet External Relations and Security Committee. The DPMC chief executive is, in effect, the government’s national security advisor.

Legislative underpinning for the system to operate in both normal times and emergencies is found in a range of ‘specific to function’ laws and in the Civil Defence Emergency Management Act 2002, which allows for extreme powers to be exercised by the government following the declaration of a state of emergency, either locally or nationally.

For many ‘routine’ hazards, plans already exist. These are prepared by groups of agencies under the management of the lead agency. These plans might, almost certainly will, have to be modified in detail when the course of events is clear, but they form the initial basis for action.

Once an event, a potential hazard, appears on the horizon ODESC convenes a watch group of interested agencies, represented by more junior officials, but senior enough to be able to commit their agency to a course of action.

Initially the watch group’s roles is to determine whether the event might be something that will need to be responded to. If it is, advice will be given to ODESC to transmit to Ministers and detailed planning for the response to the event will begin.

Most importantly, at the highest level, New Zealand has had a plan to deal with pandemic influenza since 2002. Most of the elements of the plan are being played out now, although as with all plans the detail has changed once the realities of the event have become apparent.

How does all of this relate to the pandemic?

We can see this system working since the first indicators of a problem manifested themselves internationally in early January. (Note, this summary is prepared based on conclusions and inferences drawn from the events rather than on interviews with responsible politicians or officials).

There is now a specific National Action Plan for this pandemic, with version 2 released on 1 April 2020, for this epidemic The armed forces would note that this is a classic case of the plan not surviving (in detail at least) first contact with the enemy.

The government established an ad hoc Cabinet committee in March: the COVID-19 Ministerial Group, chaired by the Prime Minister, to focus specifically on the national response to the epidemic. ODESC would have been reporting to this committee.

At the working level, we can infer that watch groups and ODESC met during early and mid-January as on 24 January the Ministry of Health, as the lead agency for health issues, began what have become daily updates on the coronavirus situation as it affected New Zealand. This would not have been done in isolation and would have been a part of an overall public information plan, as shown in the pandemic influenza plan.

We may also infer that detailed plans were prepared for action when needed. The government introduced the four stages or levels of community response as soon as the first case of community transmission was suspected, and very quickly went to Level 3, then Level 4 and the declaration of a state of national emergency. This could not have been done without significant preparation.

An across-government border working group was established in January once the potential scale of the epidemic was determined and border controls instituted, again in conformity with the pandemic plan. Other working groups and work-streams were subsequently established to deal with the economic effects of the epidemic, with public order, with health (of course), with supply chains, with welfare, with education and so on. The work-streams are designed so that all government actions are coordinated across the system and so that glaring gaps in the response do not exist.

There are ten pillars of activity in the government response. These need to be coordinated and directed. That is done by an All-of-Government Controller, John Ombler, to whom all the work-streams report and through whom all-of-government decisions are relayed. In a less complex emergency this activity would be the responsibility of the lead agency or of the chair of ODESC.

The appointment of this controller recognises that the Director-General of Health, for example, cannot be expected to manage decisions relating to education or to coordinate health decisions across the whole range of government activity and also manage the detail of the health response.

It also recognises that the chief executive of DPMC needs to be able to keep the central machinery of government operating (with his colleagues in the State Services’ Commission and the Treasury) without being tied down by pandemic-related operational detail across the whole range of government. The Controller will be working closely with his DPMC colleague however.

The Controller’s position is formally, it seems, that of ‘National Controller’, a statutory appointment with wide powers during a state of emergency imposed under the Civil Defence Emergency Management Act 2002.

Once a state of national emergency was decided upon, parliament assembled, as required, to be advised of the emergency declaration. Then, because parliament was not sitting and not intended to sit during the pandemic a special Epidemic Response Committee of Parliament, chaired by the opposition and with a majority of opposition members was formed to scrutinise the government’s response to the emergency. It meets through video-conference three days a week.

The Epidemic Response Committee is an acknowledgement that governments have to be able to be held to account and that, without parliament, other means have to be found. An analogy with this is the Parliamentary Intelligence and Security Committee. Although not controlled by the opposition, it also is a recognition that standard parliamentary processes cannot work effectively in this area, but that some form of parliamentary scrutiny is still required.

The system described is complicated, necessarily so. It has to operate within a complicated and complex environment.

However, just because there is a system, it doesn’t necessarily follow that planning will be either smart in its creation or effective in its implementation. But without a system, it is much more likely that events will take control of the process rather than the desired opposite.

Inevitably, there will be some form of Commission of Inquiry following the end of the emergency. That will no doubt judge the effectiveness of both the decision-making and the response.

Years of pain, difficulty and frustration lie ahead.

Reminding us that NZ First has a mind of its own

“Helicopter” handouts not yet cleared for takeoff