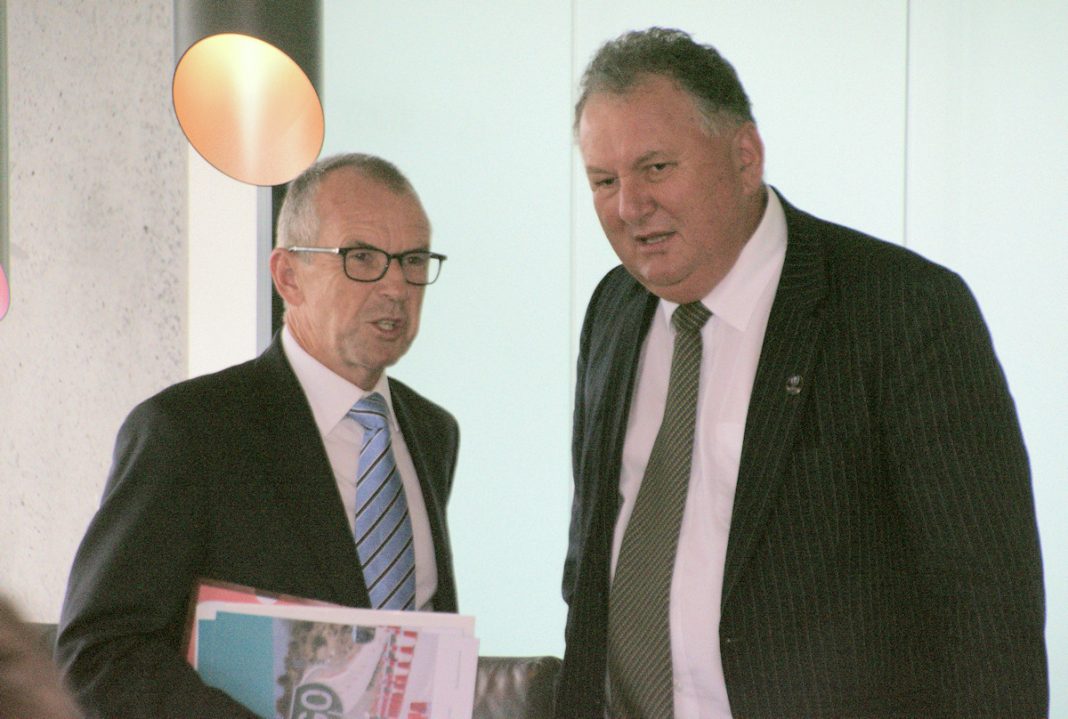 One of Auckland biggest construction projects – presumably the Convention Centre — will only be able to operate at 30 per under its usual work level once the country moves into Level Three next Monday night because of the restrictions it will face.

Workers on sites will be required to maintain a one-metre distance from any other worker; if they can’t, they will be required to wear personal protection equipment (PPE) such as disposable overalls and face masks. There are a host of other requirements that the construction industry must observe.

That is a measure of how the move down a level will be far from business as usual.

And in a webinar yesterday organised by BusinessNZ, Infrastructure Minister Shane Jones and the chair of Crown Infrastructure partners, Mark Binns offered a sobering outline of what life is likely to be like after the lockdown for the building and property industry.

That reflected a growing view in Wellington that the public is not yet really conscious of how deep and possibly how long this downturn is going to be.

Binns said the 1987 sharemarket crash only hit the construction industry until 1992 – 93.

“We need to be thinking the same way here,” he said.

He said most of the backlog of work currently under construction would get finished but some wouldn’t.

“In Queenstown, talking to a few people who know what they’re talking about down there, they wouldn’t be surprised to see a few of the hotels just boarded up and not completed,” he said.

“But the real problem I’ve got coming is what follows then because there is a total lack of confidence and the total inability of the banks to lend.”

Binns said the Government would have to fill the gap.

“But that has got to be targeted,” he said.

“It can’t be bridges to nowhere.

“We’ve got to get public benefit out of it.”

“Who can be really confident that we will be able to open our borders, for example, within another year or 18 months without importing a fresh wave of the virus?” he asked.

Both Binns and Jones were particularly concerned about that end of the building industry occupied by what Binns called the “mum and Dad” builders who might be contracting to a company like G J Gardner homes but who employed two or three people.

“They’re the ones that have got no balance sheet, no ability to take a hit more than a month,” said Binns.

“This month we’ll see a lot of them in deep trouble.

“Those are the sort of people that account for most of the employment in the whole industry, and we’ve got to make sure they don’t get a raw deal.”

Jones picked up on Binns’ concerns and implied the Government might be willing to guarantee loans to these builders.

“The reality is, in every session we’ve had, Mark has warned Minister Twyford and myself, for God’s sake, look after the bloke who’s got a four-wheel drive, a couple of a couple of employees, a fishing rod and a dog, because that is what the backbone of a lot of the construction sector is.

“Now, whether or not that may require further refinements to the government’s partnership with the banks to introduce liquidity becomes solvency problems., that’s  work in progress.”

But Jones probably predictably has his eyes on the banks.

“I’m concerned about the administration of that scheme for businesses by the banks, and that’s something that next week we’re sinking our teeth into.

“I’m hearing quite a lot of sad stories, really, that the banks are still offering overdraft facilities at twenty-five to twenty-seven per cent.”

Jones also had a practical proposal to help the home builders; allowing self consenting for small scale building which carried no engineering risk.

“As a politician, I’m going to be smashed if, in another three or four months, garden-variety builders and garden-variety Kiwis find they get their building underway because the Council building inspector won’t approve the work,” he said.

Another problem is insurance.

Builders cannot currently get insurance to cover having to stop work because of ongoing lockdowns.

Binns said he had talked to a major insurance company and it was a global issue for insurance companies, and they would form a view over the next six to nine months “the almost universal view is that they will not take the risk.”

“The government can and will have to take this risk going forward,” he said.

“They’re going to have to step into the breach.

“But it essentially did in Christchurch.

“It’s not an easy problem.”

What Jones and Binns have achieved though is to attract literally billions of dollars of work proposals which they must now refine down to a list ready to start to be announced at the Budget.

They have over 2000 proposals estimated to cost $100 billion. Most will not be accepted.

“A number of them won’t be ready inside 12 months for a construction start.

“And we’re not going to accept just scraping a bit of soil on top of the on the top of the hill as a construction start.

And to speed that process, Jones is proposing a radical approach to the Resource Management Act.

“If I had my way for small projects undertaken by NZTA, KiwiRail, perhaps one or two other crown agencies should not need to be consented,” he said.

“They should have inherent internal consent allocation authority within the organization up to a certain level, and l use that as a small example as I try to stimulate belief amongst yourselves that there’s some balance between our political narrative that we want to get jobs underway as soon as possible, and we want to get cash flowing, and we want to get out of the way to the extent that the regulatory thicket can be cleared.”

Much rests on the work that Binns and Jones are doing.

But Jones ended the webinar with a warning that things actually needed to happen.

“I have to look no further than the ongoing saga of when, if ever, we’re going to see picks and shovels creating the new Dunedin hospital,” he said.

“So there’s obviously areas in the core crown capacity where we can fund projects and we can announce them, but it’s taking an awful long time before you actually see people with sweat on the brow actually doing the mahi.”

A little bit the Muldoon way